A contingent of Upper West Side residents is hoping the American Museum of Natural History will consider relocating—to the Bronx—a controversial expansion of its Central Park West headquarters.

Concept designs for a hotly-contested education facility to be connected to the popular institution were released last week.

While there was initial relief among opponents, as it doesn’t raze as much park land as initially predicted, others think the proposed Richard Gilder Center for Science, Education and Innovation should look for another site altogether.

Currently, the footprint for the proposed Gilder Center, a 218,000-square-foot facility to be designed by Studio Gang Architects, is set to take the place of three existing museum buildings plus 11,600-square-feet (a quarter of an acre) of the adjacent Theodore Roosevelt Park.

Previous mock-ups for the Gilder Center had the building occupying closer to half an acre.

Sig Gissler, president of the Defenders of Teddy Roosevelt Park and former administrator of the Pulitzer Prize, said “[The building] is taking less park land than originally proposed, but the fact that they’re removing nine mature trees gives us continuing cause for concern.”

Mr. Gissler and other opponents also worry about an increase in traffic congestion (both pedestrian and vehicular) and the environmental impact of the project.

When it comes to looking for an alternative site for the Gilder center, Mr. Gissler said his group isn’t spearheading the push but they are supporting it.

“We’ve encouraged consideration of it,” he said. “It’s not our job to tell them what do, just what we think they shouldn’t do.”

The museum counters that a relocation to the Bronx might not be the most effective solution for visitors or the most realistic for the museum. “Putting the [the Gilder Center] somewhere else doesn’t allow people to experience the integration” that the expansion is meant to achieve, according to AMNH vice president of government relations Dan Slippen. (The Gilder Center will connect sections of the museum that previously had dead ends, as well house space for educational resources and museum programming.)

Moreover, “a strong amount of the museum’s visitorship comes from outer boroughs already; of the 340,000 New York City school children that visit the museum, 81,000 are from The Bronx.”

The museum welcomes 5 million visitors a year, of which 500,000 are children from various school groups, he added.

Studio Gang’s concept designs connect ten existing museum buildings, including major exhibition halls such as the Hall of Gems and Minerals and Hall of Pacific Peoples, and show the new center functioning as a major thoroughfare.

“There’s efficiency in having it here,” Mr. Slippen explained. “We can’t do that if we build somewhere else.”

The idea to relocate the new facility north was initially proposed by “Defenders” board member Martha Dwyer, a resident of the neighborhood for 40 years, who said she was inspired after speaking with a friend from the Bronx who lamented that cultural amenities in the area were still lacking compared with nearby Manhattan.

“My idea was to try and plant the seed,” she told us. “I’m hoping [Bronx residents] will contact their representatives and find support for it.”

Some proposed locations for an AMNH satellite have included an area near Fordham University, and a parking garage by Yankee Stadium, according to a report from DNAinfo. The Fordham location would place the center near The Bronx Zoo and New York Botanical Garden—two organizations the museum already has formal educational partnerships with.

Ms. Dwyer acknowledged that the museum was “repurposing existing buildings” and called it “a good start.” However, both she and Mr. Gissler took issue with the new entrance that would be built on Columbus Avenue and West 79th Street.

“Personally, I don’t like the concept designs. They’re out of character with the rest of that museum…the entrance on 79th Street will do great damage to that park,” she said.

“While they’ve moved it back further than originally planned, the character and tone [of the park] would be adversely affected,” said Mr. Gissler.

The project still faces review from the New York City Department of Parks and Recreation and the Landmarks Preservation Commission, which will prepare an environmental impact statement.

Both groups, along with Community Board 7, plan to hold public hearings. 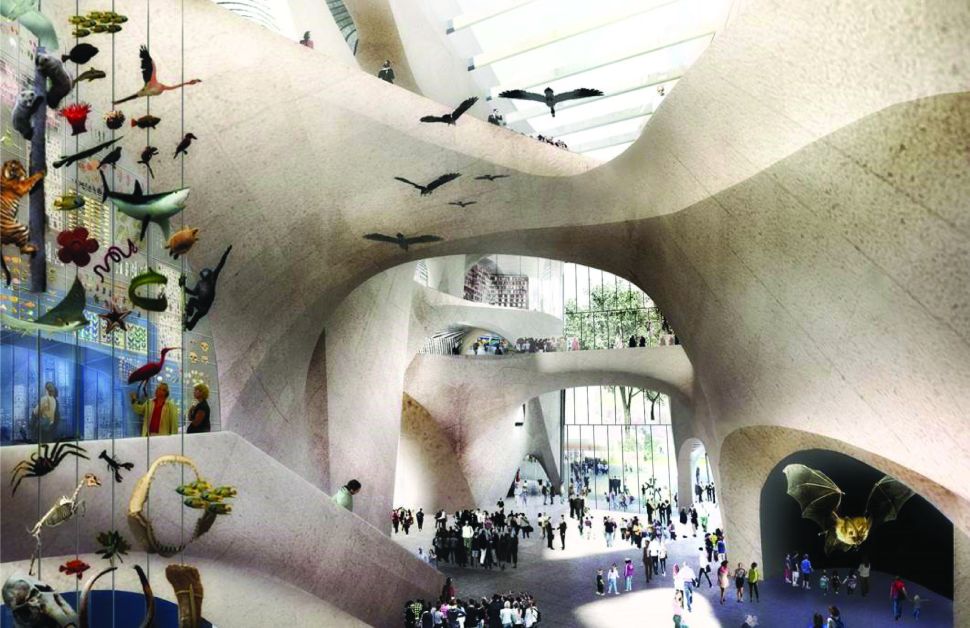