There is no denying the charm of an object so exclusive that it carries the title of being completely elusive. Such is the case for the first issue of Wallpaper* U.S. Bespoke Edition, the very first iteration of the international glossy that has been put together with the American reader in mind. The design publication boasts readers in over 93 countries and has headquarters in London, but it has a new focus on the United States.

The exclusivity comes into play as this magazine cannot simply be purchased at a newsstand, nor can it be subscribed to; rather, the new version will be distributed to a select group of affluent readers that have been chosen by Time Inc. The media conglomerate, which quietly purchased Wallpaper* nearly 20 years ago, will be gracing the doorsteps of 250,000 lucky recipients with this oversized glossy. Which, according to editor-in-chief Tony Chambers, will be even larger in page size than Condé Nast’s gargantuan W title.

Despite the large format of the magazine, there will be no exclusive content within the pages of the Bespoke Edition, which is set to be released four times per year. Rather, as the title alludes, the stories and editorials within the pages are carefully culled from the past three international issues of Wallpaper*. For this inaugural issue, the cover features a shot from esteemed photographer William Wegman, showing one of his famous Weimaraners perched on a piece of contemporary furniture. In a phone interview, Mr. Chambers told the Observer that he really enjoyed an interview with Seattle-based architect Tom Kundig, of the firm Olson Kundig Architects. He noted that the large format of the magazine allowed Kundig’s work to appear “big, strong and American.” Other stories in the issue focus on art, design and fashion.

“We have a beautiful, a very interesting interview with Tommy Hilfiger,” he also mentioned. “The story is partly business, partly lifestyle. We shot it in his upstate New York [home], which is filled his art collection, so very nice photo shoot and interview with Tommy.”

“As you know, we’ve been distributed very well in the U.S. since we launched,” Mr. Chambers told the Observer, alluding to the fact that this expansion was a long time coming. “In fact, about 30 percent of sales have always been in the U.S.” The editor-in-chief also pointed out that Wallpaper* was far ahead of their time when the magazine launched two decades ago, with a decision to offer lifestyle-focused coverage of design and architecture, which was far different from the usual academic lens used to cover the topic.

What does this new issue mean for the Wallpaper* masthead? Mr. Chambers disclosed that while they have added onto their publishing side, they have no plans to hire more stateside staff, which currently includes Michael Reynolds, the U.S. editor and Pei-Ru Keh, the New York editor.

Last Thursday, the editor was in New York to toast the new edition with a party at Spring Studios. Although next year, he has a more significant milestone to celebrate; the 20th anniversary of the magazine.

“It’s amazing how the world has changed over those 20 years. Now everybody kind of has an interest in design: they appreciate it, they’re interested in it, they’re investigating it. We’re working on ideas now on how we will try to respect the change that the world has had in 20 years, but more importantly how we’ll look forward,” he explained. “It’s more about tomorrow than today really, and, certainly, it’s not about yesterday.” 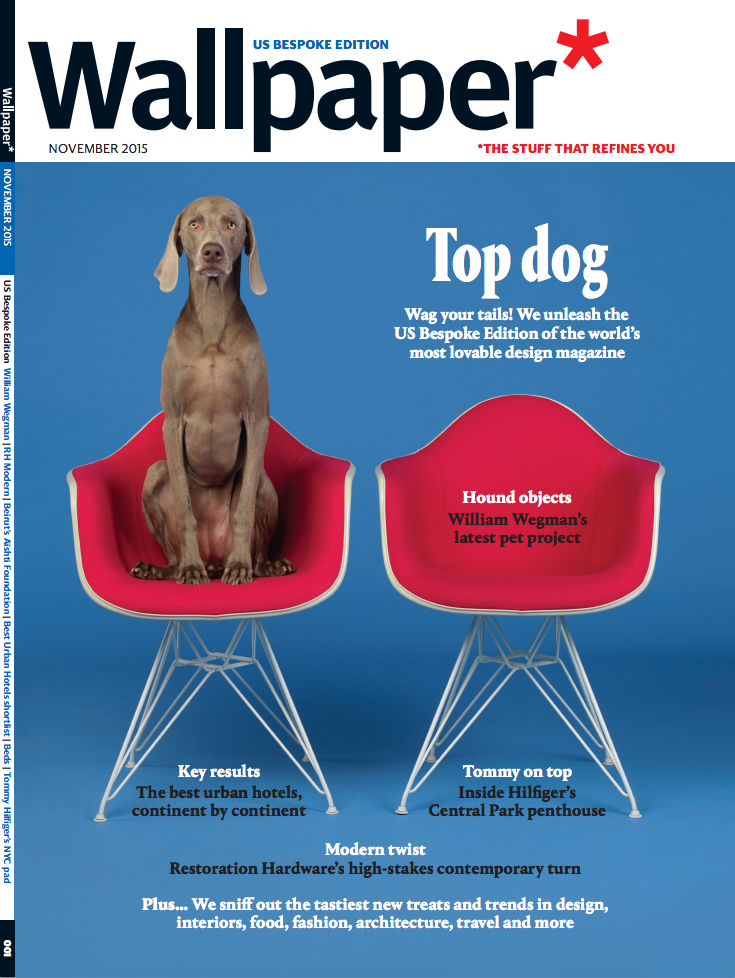