That was the question that Miss Connor, my 4th grade teacher at PS 277 in Brooklyn ,wanted each kid in our class to ask his/her 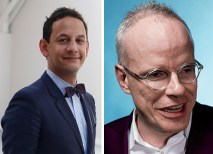 dad. We had an entire sheet of questions that Miss Conner handed out—you know, printed on mimeograph paper that had that rich chemical smell.

“What rank did your father have?” “What was his job in the war?” “What countries did he go to?” were some of the questions we had to ask. We were assigned to do an oral report for the class; this was to be a school project for Veterans Day in early November 1963.

But his experiences in the war were never analyzed with an academic approach. I had never written the stories down and told them to anyone outside our family. So, I sat down with my dad, and began to ask the questions, telling him about my project. My dad, Bernie, answered with a bit of whimsy, in his playfully humorous way.

“Well, I helped beat the Nazis in World War II. I won the war. I used to meet regularly with Roosevelt, Stalin, Churchill and all the Generals, Eisenhower, Patton,—-and I advised them on what plans we should make for winning the war. We made plans to invade Normandy in France. I was the one who called ahead to see which day would be best to invade Normandy, and made the appointment. The person I talked to had a very thick French accent, and he said, ‘De best day vould be June 6th, Zat day we are free. Zat should be De day’. And the name ‘D Day’ stuck.”

I was very impressed. I believed all of this to be true. At the age of nine, I was not the world’s most skeptical child.

I reported these findings to my class in my oral report, and Miss Connor stated sternly in a disapproving tone, “That sounds quite improbable. What rank was your father?”

“Hmmph. Then it is not possible that he met with Roosevelt and Churchill and the Generals, young man. Chris Link, your report please.”

Miss Connor dismissed me just like that, moving on to Chris’ story of his dad as a SeaBee in the Navy.

I returned home completely dejected, not knowing what to believe. Had my father really made all that up? Did he really not win the war? Did he not really meet with Roosevelt and Churchill?

My dad cleared up the mess.

“No, no. I was a Private First Class. That was the rank for someone who met with the Generals and President Roosevelt almost everyday. You see, we had to meet in PRIVATE. That was the point. You couldn’t go off and tell everyone when and who you were invading, could you? That information had to be PRIVATE.”

“No, you would have to keep that info PRIVATE,” I thought. “Seems logical to me.”

“And the places we met were always the best. We met in FIRST CLASS hotels and restaurants. So, my rank was PRIVATE – FIRST CLASS. Now, you go back to school and set that teacher straight.”

Made sense to me. Never again did I doubt my dad, Private First Class Bernie Novick. The man who won World War II.

Enjoy the day. And thank a Veteran. They made this all possible. 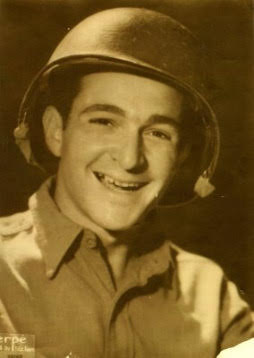