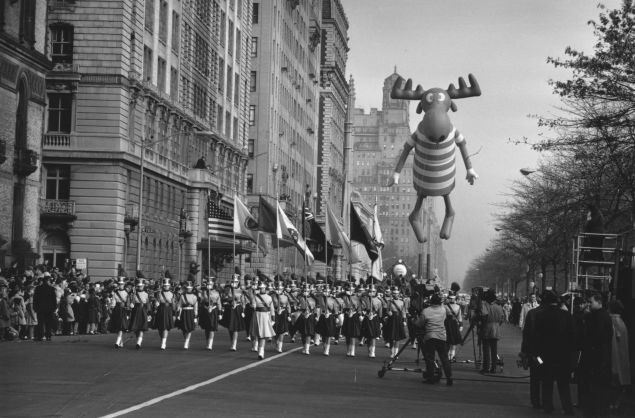 I routinely have a lot to give thanks for on Thanksgiving, and this year is certainly no exception. A few years ago, Thanksgiving fell on the day after my 35th and last radiation treatment—perfect timing, I thought… until I sat at our Thanksgiving Day table unexpectedly unable to eat anything from the beautifully-arranged plate of food before me. In the months to follow, I felt as if I was the roasted turkey. This and every year hereafter, thanks to family and friends and love, and the loving care of doctors and nurses, I will feast.

Ungracious as it may sound, today I find myself thinking contrarily of what I won’t give thanks for. Many will take that as a definitive sign that I’m feeling better. Wanting to share my skewed perspective with you tells me I am. But before I do, I want to touch on a few of the high points of Thanksgivings past.

For 37 years, we lived in an apartment with a large-as-life, premium view of the Macy’s Thanksgiving Day Parade. Families, the children decidedly the guests of honor, crowded at our oversized windows as float after float and balloon after balloon went by, so close you felt you could almost reach out and touch something or someone in the parade. One year, I did something almost as unlikely as that. The revival of “Brigadoon” was a Broadway hit and its star, Martin Vidnovic, was perched atop one of the floats. I called to Marty, only once, from my window. And through the din, he heard me, looked up and saw me, grinned and waved. “Been too long,” I called, “let’s have lunch.” “Name it,” he said. “Russian Tea Room, next Wednesday. 12:30,” I responded. “We’re on,” he shouted. Neither of us bothered to confirm and both of us showed up as planned. That’s talking turkey!

In April of 1984, I brought a sizeable sampling of Thanksgiving from Manhattan to Tel Aviv via “the balloon man” and four of his towering Thanksgiving Day Parade balloons, leading to one of the most comically bizarre episodes of my life. You can read it on my blog, but then please come back for what “I’m Not Giving Thanks For….”

I don’t have any thanks for anyone in the United States Congress. They should all go home for Thanksgiving and stay there.

As a rule, I don’t write when I have nothing to say. Too much has already been written, and, for that matter, said and sung, and if I don’t have anything new to say, or can’t think of a new way to say what may already have been said, I don’t. Having something new to say calls for passion, or something akin to it, as well as insight.

I haven’t been passionate about anything new on Broadway recently, preferring to see “Hand to God” twice (caveat emptor), looking forward to “Fun Home” again and “Hamilton” in two weeks. I haven’t been angry about anything (not even anything Republican!), nor offended beyond logic—bona fide reasons I intend to deal with while concurrently giving thanks for a free press. In truth, the GOP has given me great pleasure this year thanks to its presidential debates. I’m giving profuse thanks for them Thursday—and every day from now until Election Day 2016.

I’m not giving thanks for—or to—the hopeless members of the onanistic special Congressional committees on everything and anything. Nor, for that matter, do I have any thanks for anyone in the United States Congress. I think they should all go home for Thanksgiving and stay there.

I have no thanks in me for Texas, all of it—not for the grief they’ve given us (as in U.S.). Ditto, the calcified and dividedly doctrinal Supreme Court, at least 5/9ths of it. In the larger picture, I’m not giving thanks, this year or any foreseeable year to the U.N. for what it’s become: the United Nations of Hypocrisy.

I’m withholding thanks to professional sports organizations and outrageously-overpaid athletes.

I’m not giving thanks for a living person anywhere in the world who has, in any way, betrayed the trust of children. Or for those who robotically repeat the euphemisms of journalists, jurists and sermonizers, hollow terms like endangerment, exploitation, trafficking, abuse. A child doesn’t have to be moved from one place to another for the offense to be child trafficking. Leaving a child with no choice is slavery, plain and simple.

I have not a shred of appreciation or compassion for any entity or organization that power has corrupted… or greed has infested and infected. “Corrupted” chiefly includes bullet-bent and Taser-gun-wielding police, but doesn’t exclude unreasonably unruly mobs, arrogant caucuses, autocrats and sociopaths. The latter encompasses peddlers of gilt-edged schemes they wouldn’t sell to their mothers—in most cases.

I’m withholding thanks to professional sports organizations and outrageously-overpaid athletes until they get their Ps and Qs—profits and salary quotes—in order. Not long ago enough (for me), the Minnesota Timberwolves offered and basketball player Latrell Sprewell rejected a $21 million offer to extend his contract for three years as insufficient, because, said Sprewell, “I got a family to feed.”

I’m not giving thanks to an Arab Spring that metamorphosed into a brutal Arab winter, contagious with unrest and pandemic in potential.

No thanks to or for Vladimir Putin; Edward Snowden; Ben Carson, the oxymoronic brainless brain-surgeon; Mike Huckabee, my candidate for Most Malevolent Mainstream Minister; ISIL; the NRA; talk radio hosts; climate change deniers; Dick Cheney for being Dick Cheney.

Last, but not least: thanks but no thanks to the nation of sheep the U.S. has hastened and diligently practiced to become. Either Erasmus, Anouilh or an English proverb (I’m not giving thanks for the lack of reliable attribution.) says, “In the country of the blind, the one-eyed man is king.” Beware the Cyclops who emerges to lead the bleating masses.

And this is me not being angry or offended. Happy Thanksgiving. 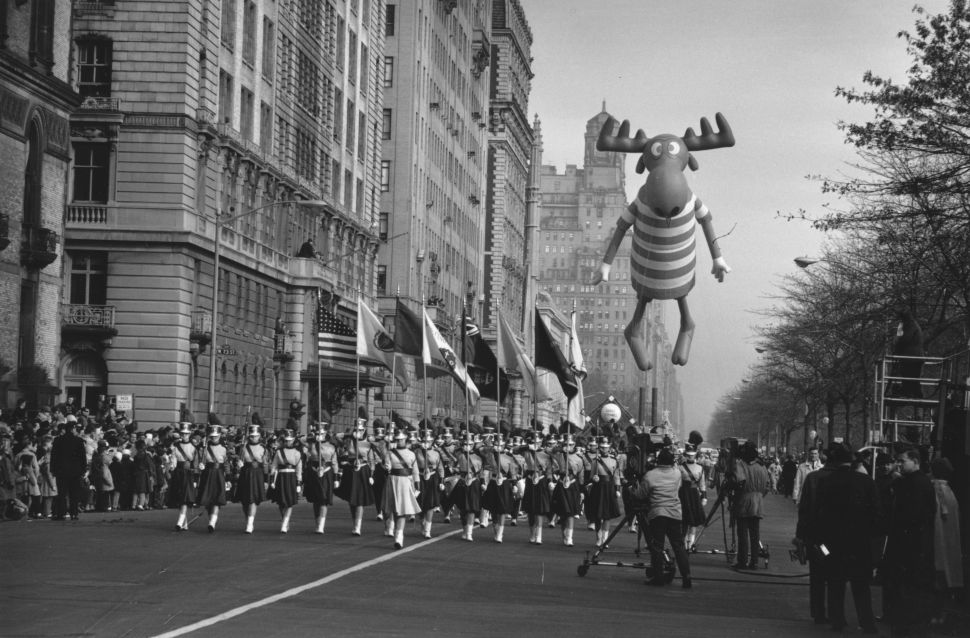