When Hurricane Katrina attacked New Orleans, Nola.com—the site associated with The Times-Picayune—became a central point of rendezvous for people who were trapped (I remember one woman stuck on a roof texting an urgent plea to a relative elsewhere in the country, who left a message on a Nola.com forum for authorities to find her) and then for the diaspora that quickly spread across the South. Craigslist, too, became a platform for the storm’s victims to find jobs, home, and each other.

Today when disaster strikes, where do we turn? Facebook and Twitter, of course. With each successive horror, the public finds new ways to use social media to help each other. In the Paris attacks last week, residents used the #PorteOuverte hashtag on Twitter to offer people stranded by the danger a safe place to seek shelter in their own homes.

And for the first time in a human-caused rather than natural disaster, Facebook turned on its Safety Check feature in Paris. This was the first time I—and I suspect many others in the U.S. and Europe—had seen Safety Check in action simply because I did not have Facebook friends caught up in the five prior disasters in which it was offered: after earthquakes and storms in Nepal, Afghanistan, Chile, the Philippines, and the South Pacific.

Soon after the attacks in Paris, Facebook alerted me that three, then eight, then 12 of my friends had all checked in safe. I was relieved, grateful, and impressed.

Of course, it didn’t take long for someone on the internet to find cause for complaint. Some asked why Facebook had not turned on the feature for friends and family of people in Beirut, which suffered attacks only the day before, killing at least 40 people. This slight was just one more sign of the neglect people in that part of the world feel as they are imperiled every day while attacks in the West are still rare.

Mark Zuckerberg responded promptly, explaining that Paris had been the first human-caused disaster to which Safety Check had been put to use. “Many people have rightfully asked why we turned on Safety Check for Paris but not for bombings in Beirut and other places,” he wrote on Facebook. “You are right that there are many other important conflicts in the world. We care about all people equally, and we will work hard to help people suffering in as many of these situations as we can.”

There is a crucial difference between Facebook’s Safety Check on the one hand and on the other hand Nola.com’s forums, Craigslist’s message boards, and other online efforts to help the lost find each other a decade ago: design.

I’ve long used Craigslist and Katrina as an example of unintentional platform creation: People had a need and they adapted any technology they could find to it. That is the very definition of a platform: when people find a use for a technology that its own creator did not anticipate and design. If people can’t do what they want with a technology, then it’s not a platform, only a feature.

Sometimes, this wrangling and mangling of a technology into use as a platform is inefficient. After Hurricane Sandy in New Jersey, my neighbors and I gathered around the Twitter hashtag #njgas to share information with each other about open gas stations—even though, by the time many of us got the information or could have driven to the pumps, they were already empty. Nola.com’s northern corporate cousin NJ.com promoted the hashtag in an effort to help. (Disclosure: Before those storms, I worked for the parent of both sites, Advance.net.)

Facebook, on the other hand, designed a purpose-built application in Safety Check. That allows Facebook to make the functionality quite specific to the need at hand—namely, finding your friends in Paris and allowing them to verify their own safety. As another Facebook executive, Alex Schultz, pointed out, Safety Check will not work for an ongoing war or epidemic “because there isn’t a clear start or end point and, unfortunately, it’s impossible to know when someone is truly ‘safe.’”

Facebook has another critical advantage over newspaper web sites or even craigslist: It can be assured that almost everyone you know is there, at least with an account. Not so newspapers, not anymore. More than 1 billion people worldwide used Facebook every day in September. Newspaper web sites reach less than two-thirds of Americans even once a month.

So now when, God forbid, disaster strikes, who among us will reflexively first turn to the newspaper to find out what is happening and connect with our friends and family, our neighbors and towns right now? Who will turn to Facebook?

It’s too bad that news media themselves didn’t learn to become more social before they were replaced in the hearts and lives of the public they serve by something called social media. 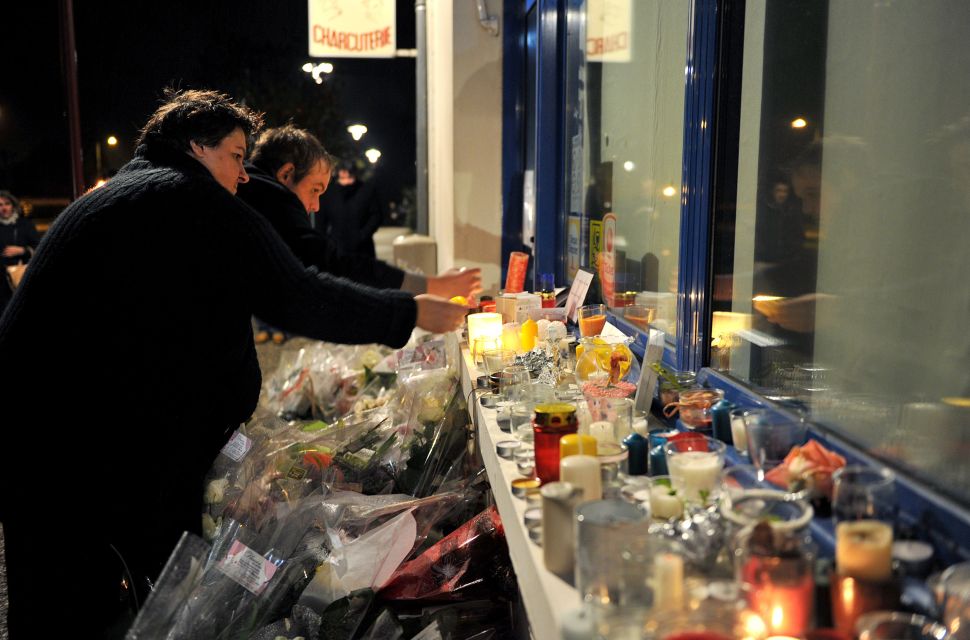