Despite what Hillary Clinton and many of her supporters would have you believe, she is not the only feminist running for president in 2016. In fact, her opponent Senator Bernie Sanders has a far better record of fighting for women’s rights.

“I do understand there is a desire on the part of many women—perfectly understandable—to see a woman being elected president. And we all want to see that. We want to see women hold more political offices,” said Mr. Sanders in an interview with The Washington Post in September. “But I also would hope that, in these enormously difficult times, where it is absolutely imperative that we stand up to the billionaire class, bring our people together, to fight for a progressive agenda, that all people—women—look at that candidate who has the record to do that.”

Mr. Sanders is staunchly pro-choice, voted for the reauthorization of the Violence against Women Act in 2013, has always been a proponent for same-sex marriage (unlike Mrs. Clinton) and is a strong advocate for pay equality. Mr. Sanders’ record on women’s rights is well-documented and unequivocally positive.

During Ms. Clinton’s tenure at the State Department, she received large donations to the Clinton Foundation from countries with horrid records of women’s rights violations such as Saudi Arabia, Oman, Algeria and the United Arab Emirates. Ms. Clinton’s supposed penchant for women’s rights wasn’t taken into account when it came to taking money from countries that exhibit some of the worst examples of gender inequality in the world. These donations beg the question of whether Ms. Clinton’s efforts on the behalf of women were more for show than genuinely wanting to make an impact for women today.

Ms. Clinton’s stance on abortion, as pro-choice under the conditions that it be safe, legal, and rare, stigmatizes abortion and endangers the protection of the Roe v. Wade ruling. Her moderate stance helps conservatives justify restrictions and defunding of women’s health programs. In contrast, Mr. Sanders has been much more enthusiastic in pushing for not only the protection of women’s reproductive rights, but the expansion of and access to women’s health programs.

Ms. Clinton used her status as a woman to attempt to gain political leverage over Mr. Sanders by falsely accusing him of sexism during the last debate over their arguments on gun control. Her ploy to win women voters over from Mr. Sanders, which she used two weeks after the debate ended, failed miserably. Women’s rights have been at the forefront of issues in the 2016 presidential election, and Ms. Clinton is scrambling to find ways to use it to her advantage. Yet she has not been unable to do so to because of Mr. Sanders’ impeccable record on women’s rights and his integrity demonstrated in refusing to play into her attacks. When his campaign manager, Jeff Weaver, joked with reporters that they would consider Hillary Clinton as a vice president running mate, Mr. Sanders distanced himself from those comments, calling them “inappropriate” in an interview on MSNBC.

Mr. Sanders’ platform is enriched with stances that will improve the lives of every woman in America. His family values agenda which incorporates extended and paid maternity leave is unprecedented in a viable presidential campaign. He has called on men to join women in fighting for closing the gender wage gap, and his plans to tackle income inequality outpace that of Ms. Clinton’s, who only supports a $12 national minimum wage, and is better known for courting wall street—which has made her a multi-millionaire—than holding them accountable for their greed.

People shouldn’t vote for a candidate just to make history, they should vote for a candidate who speaks to the issues. Bernie Sanders’ campaign is more of a movement than a political campaign, and it is resonating with many women. Voting in line with one’s gender does not necessarily translate into voting in one’s best interest. We would all love to see a woman president, and the idea of it should excite every American, but that should not be synonymous with seeing any woman as president. 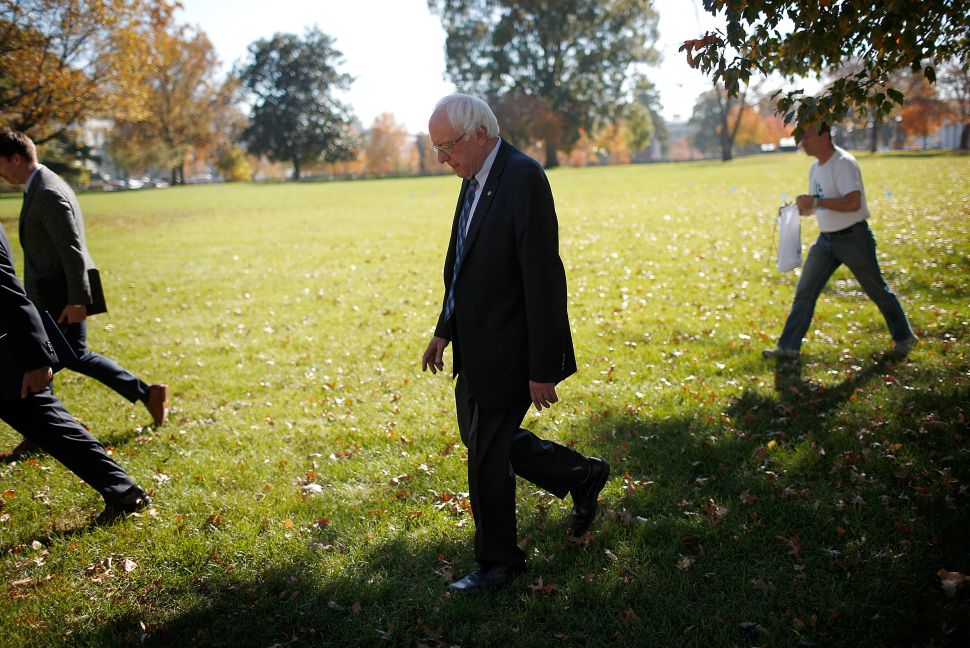