If you want to make a dollar, it helps to give a dollar…and another and another.

On this, the third anniversary of Hurricane Sandy, a new study suggests that companies that make onetime donations to relief efforts should continue their philanthropic activities in the afflicted areas, especially if they want to improve their standing with customers.

Of course, it’s commendable that several corporations donated to the relief efforts, collectively pledging over $140 million, according to the US Chamber of Commerce Foundation. Some of these companies included Aetna, AT&T, Chevron, Disney, JetBlue, and NYSE Euronext. Hurricane Sandy caused so much damage that recovery efforts are still underway, and companies can still contribute – and therein is a business opportunity.

That many large corporations donated to an important cause is no surprise. It’s the right thing to do – to help your community and country, especially in a time of need. Not to be ghoulish but corporate social responsibility (CSR) programs can also be beneficial to a business’s bottom line. According to an intriguing and noteworthy study of six thousand respondents commissioned by insurance company AFLAC, 92 percent of millennials (who have a collective purchasing power of over $200 billion) prefer to buy goods from “ethical” companies. The company known for its ubiquitous duck mascot also found that CSR can goose a company’s stock price: 69 percent of consumers said they were more likely to buy the stock of a company with a reputable CSR program.

The findings dovetail with analysis by management guru Michael Porter and nonprofit founder Mark Kramer who write persuasively in the Harvard Business Review, “Companies are called on to address hundreds of social issues, but only a few represent opportunities to make a real difference to society or to confer a competitive advantage. Organizations that make the right choices and build focused, proactive, and integrated social initiatives in concert with core strategies will increasingly distance themselves from the pack.”

Yet the right choice, from a business perspective, isn’t to make a onetime philanthropic donation – even for a cause as important as Hurricane Sandy relief efforts. Moreover, and more revealing, a whopping 81 percent of consumers said that they prefer buying items from companies with evergreen philanthropy programs. Not from companies that make one-off donations “only in times of need.” According to Gallup, a dismal twenty-one percent of Americans express having confidence in big business. So it’s not shocking that consumers doubt the motivations of companies that cut a check, send a press release, and exit the scene. The AFLAC survey also found that 79% of consumers believed that companies that stay true to their charitable cause will outpace their competitors – reason enough for corporations to stay committed to areas affected by Hurricane Sandy.

“I am not advocating that people or corporations shouldn’t give during a time of tragedy,” said Catherine Blades, a senior vice president at AFLAC, based in Columbus, Georgia. She notes that even her own company donated to the Red Cross as part of the flooding relief efforts in South Carolina last month. But it also has an ongoing philanthropic program in the community with the Palmetto Health Children’s Hospital in Columbia, South Carolina.

Another Georgia-based firm, Coca-Cola uses relief-induced donations as a way to amplify its ongoing CSR initiatives too. It donated $600,000 to several southern states affected by tornadoes and hurricanes in 2011. And it still maintains its CSR presence in some of the affected regions.

“Our survey shows that it’s important to commit to a cause and be consistent. You can’t just be a onetime actor. Companies need to implement their CSR program throughout the year,” says Blades.

As Hurricane Sandy recovery efforts continue, those companies that were first to respond with donations should consider the merits of being last to leave.

Kabir Sehgal is the author of New York Times best seller Coined: The Rich Life of Money And How Its History Has Shaped Us and a Grammy winning producer. Follow him on Twitter and Facebook. 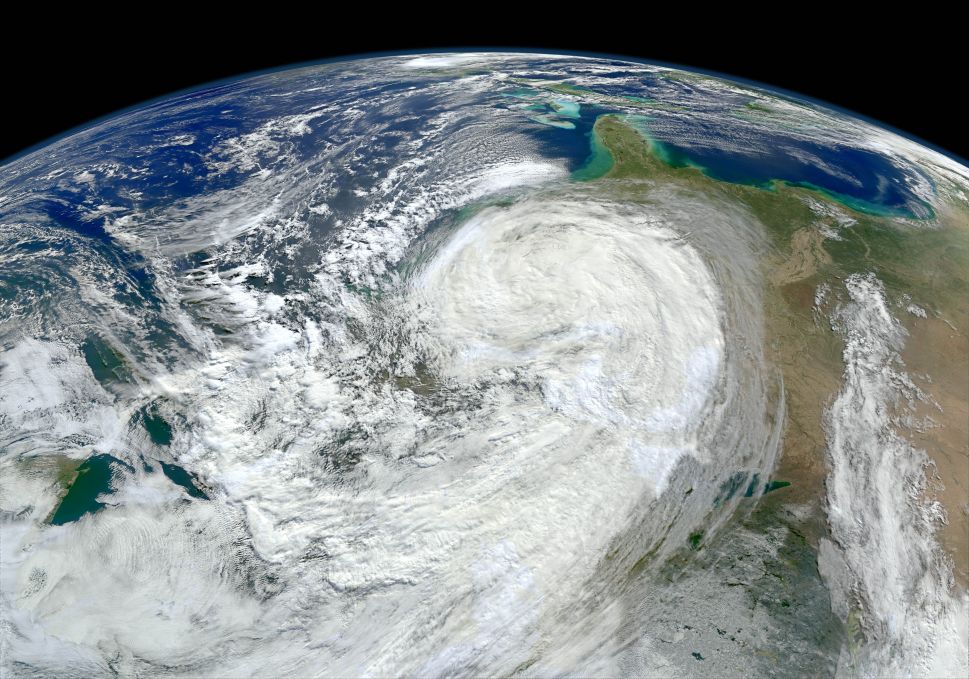