In June 2015, Democratic Presidential candidate Hillary Clinton told 1,300 fast food workers, “I want to be your champion,” and that she supported their push for a $15 minimum wage.

Despite such a pledge, her support of their cause was more of a Faustian strategy than one of genuine interest. Ms. Clinton recently endorsed a $12 minimum wage. Her opponents, Senator Bernie Sanders and Martin O’Malley both voiced their support for a $15 minimum wage early in their campaigns, but it took until early November for Ms. Clinton to affirm her stance on the issue.

The fight for a $15 minimum wage has been a staple for the Service Employees International Union (SEIU), which has spent millions to push it into the mainstream American consciousness—which is why their recent endorsement of Hillary Clinton makes no sense for the organization. Several SEIU members agree, with rifts in the organization over the endorsement, and the New Hampshire SEIU Chapter formally endorsing Senator Bernie Sanders in retaliation for the decision.

Ms. Clinton’s political expediency on the minimum wage issue isn’t the only ploy she has used to gain favor of labor unions. She has distanced herself from Wal-Mart, where she served as a board member from 1986-1992, while the corporation waged campaigns against labor unions seeking to unionize store workers. There is no evidence she ever vocalized her support for labor unions, and ABC News obtained videos of several board meetings she attended and remained silent as her fellow board members worked out anti-union strategies. The New York Times reported in 2007 that Ms. Clinton maintains close ties to Wal-Mart executives, but omits her past affiliation with the company in her speeches and website. At the time of her appointment to Wal-Mart’s board, she held nearly $100,000 in stock and was a lawyer with the Rose Law Firm, which represented the company in several cases. Her current campaign treasurer, Jose Villareal, has also spent decades on boards of Wal-Mart and other companies run by their owners, the Walton family.

In addition to an endorsement from the SEIU, Ms. Clinton received endorsements from the nation’s largest teachers union, the National Education Association. The decision has also created a rift within the union, with several state and local chapters protesting the endorsement. The American Federation of Teachers‘ endorsement Ms. Clinton resulted in a similar rift among its members—many opponents to the endorsement feel it undermines the democratic process to endorse a candidate before the primaries, which is why several unions still have not endorsed any candidate at all, including the nation’s largest organization of labor unions, the AFL-CIO.

The Clintons’ history with teacher unions isn’t a positive one. The Washington Post recently reported during Bill Clinton’s tenure as Governor of Arkansas, teacher unions hated the Clintons after they supported an education bill in Arkansas staunchly opposed by teacher unions, despite the generous campaign contributions and support given to Bill Clinton in his initial election to Congress in 1974. Given Ms. Clinton’s penchant for flip flopping or waiting to affirm her stance on key issues until a favorable political side has revealed itself, teacher unions should have been more wary and at least held off endorsing a candidate until after the primaries.

During her current presidential campaign, Ms. Clinton hesitated in her disapproval of Keystone XL and the Trans Pacific Partnership until the majority of labor unions had vocalized their opposition to the deals, and made it clear she would have to oppose them if she wanted their support. After she obliged, several unions came through with their endorsement even though her affirming stance in opposition came months after Mr. Sanders’. Her initial involvement in setting up the deals while serving as Secretary of State should have been enough indication for labor unions to steer clear of endorsing the frontrunner candidate, who is more than likely not to hold their best interests to heart if she is elected.

The donor network of the Clinton Foundation should have also deterred labor unions from endorsing her. In 41 years, their foundation has received nearly $3 billion in contributions, most of which are from large corporations or their executives. Labor unions are deluding themselves if they believe Ms. Clinton is going to fight for their interests over those of corporations. 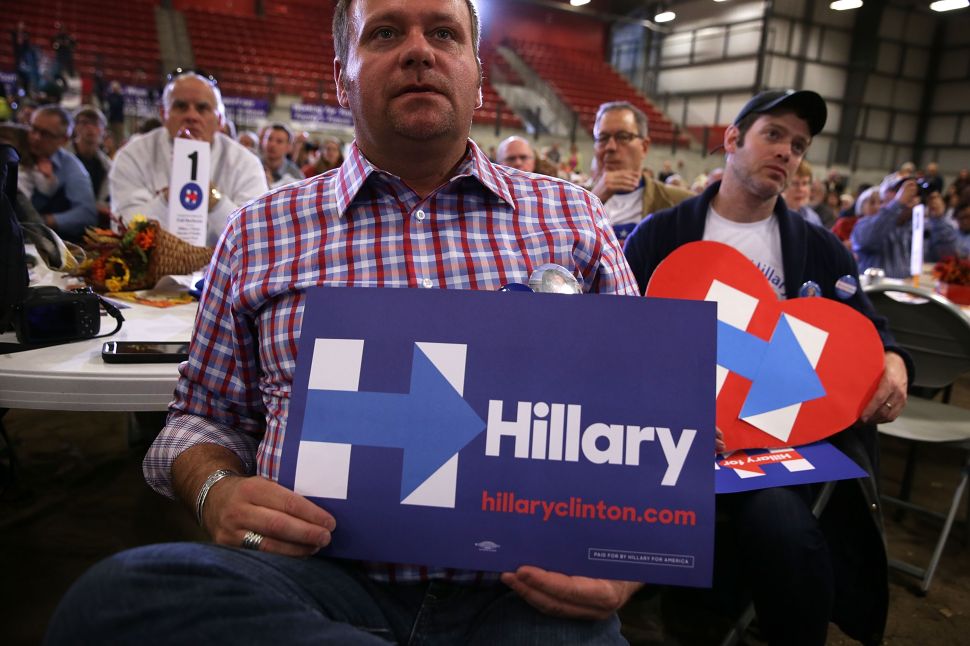