By now, you may have heard about Jon Stewart finding a new home over on HBO; a four-year contract at the same network where fellow Daily Show alumn John Oliver has himself sowed quite a fertile field. But it’s not Stewart’s move over to premium cable that’s particularly groundbreaking…it’s what he’ll be doing over there. No Last Week Tonight for Mr. Stewart, and it’s not because he’s done with the topical news game. In fact, quite the opposite: by contributing his talents to the digital/streaming arm of the subscription-based network (HBO GO, HBO Now, and other streaming services), his move actually signals a shift to a more cutting-edge form of instant news commentary.

From The Hollywood Reporter:

The pact will see the short-form digital content showcased on HBO Now, HBO GO and other platforms. Also included in the pact is a first-look option for other film and TV ventures.

The first HBO project will see the Comedy Central alum work with cloud-graphics company OTOY, Inc. to develop new technology to allow Stewart to produce timely short-form digital content, which will be refreshed on HBO Now multiple times throughout the day. Additional projects will be announced as they are confirmed.

The deal also includes a “first look” option for film and TV projects, meaning that Mr. Stewart’s next Rosewater might be (quite literally) HBO’s next Game Change-r.

This deal makes sense in a lot of ways: it will allow Mr. Stewart access to far more funds and support from the prestigious network (as well as having a built-in distribution platform) without having to go festival to festival raising money for indie film projects, or submitting to larger studio oversight. HBO is killing it in the docs department, headed up by Sheila Nevins, and it’s not too much of a stretch to imagine Mr. Stewart will be considering doing something in that department for his next splash. Meanwhile, there’s HBO’s legacy of comedy specials to sweeten the pot, should Mr. Stewart plan on going in a more Louis C.K. direction. (Mr. Stewart’s previous HBO comedy special, Jon Stewart: Unleavened, is available to watch for subscribers to HBO’s streaming services.)

But what about this digital content stuff? HBO GO has exclusive digital material available to digital subscribers and on VOD, that’s true, but generally these have been shorts and relatively unknown programs that HBO is, in some sense, market testing to see whether it would work on its actual TV lineup. (Consider their dabbling with Garfunkel & Oates before the show was picked up by IFC in longer form.) All of HBO’s current original digital content are comedies, and most of them are totally under the radar. Besides G&O, there are only three other original series currently available on their website: The Boring Life of Jacqueline, Brody Stevens: Enjoy It! and Sing Along.

So you can see how having Mr. Stewart in its stable would be a big feather in HBO’s streaming service’s cap: and an incentive for the rest of us (for those who haven’t yet) to invest the extra moolah in getting HBO GO…even if that means paying a little something extra each month. 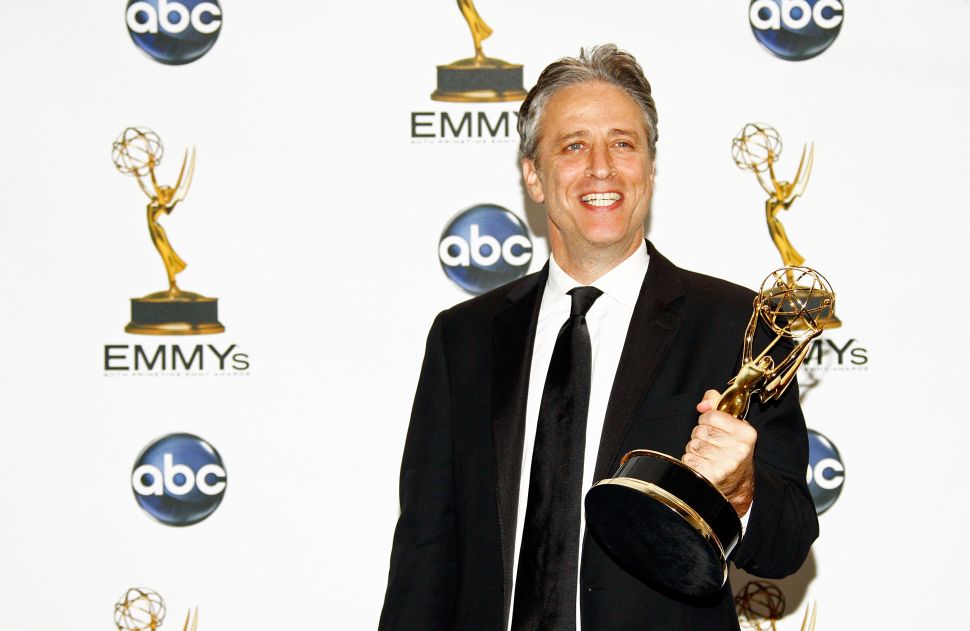