Way back in the mists of history, long before even the time-shrouded origins of the Great Bush-Clinton Dynastic Wars, there was an ancient meme called “the king’s two bodies.” As the meme had it, powerful rulers aren’t like the rest of us, who only get one body each. Kings have two of them: a body natural, which is the same sack of meat that every human being has, and a body politic, which represents the power to rule, and is basically immortal—the moment the old king dies, it instantly becomes part of the body of the new king.

Some 500 years ago, a lawyer explained it like this: the “body politic…that cannot be seen or handled…[is] constituted for the direction of the People…These two bodies are incorporated in one person…the Body politic includes the [king’s] Body natural.” And because these two bodies are bound up together, the king’s flesh and blood is special. Its health is the health of the realm. If it’s sickly, or misshapen, or unable to produce the right kind of heir, it’s bad news for everyone—which means that exhibiting his body in public, to assure the rest of us that it’s none of those things, is part of the king’s job description.

Yes and no. It’s certainly superstition, but it’s not medieval—because Americans still think this way about our leaders. We’ve ditched the old-time terminology, but we still obsess over the bodies of presidents and would-be presidents much more than makes any kind of rational sense. Watch a week of election coverage and ask yourself: how much is about policy, and how much, implicitly or explicitly, is about bodies?

Earlier this week, Donald Trump concluded that, of all the Republican candidates, Marco Rubio “is the one that sweats the most.” Rubio may be “the youngest, but I have never seen any human being sweat like that.” This wasn’t the first time Trump preoccupied himself with the Florida Senator’s perspiration. By Politico’s count, Trump has commented on the subject “at least eight times in the last seven weeks.” What seems to the rest of us a curious distraction is, for Donald Trump, a matter of grave importance to the republic:

[H]ere’s the problem with Rubio: when you sweat that much…now think of it. So you have Putin – he’s sitting over here. And he’s waiting to kill the stupid Americans because he’s been just destroying us so badly. So he figures, and a guy walks in, and he’s soaking wet and sweating. ‘Hello, hello, can I have some ?’

Here’s Trump again at a campaign stop in Iowa:

Think of Putin. Pretty tough cookie, right? I think [of] Rubio and I’m saying, you have to be cool. You have to be really cool. And Rubio’s going to meet him and walk in, and he’s sweating—sweat is pouring down. And Putin’s going to look at him and say, ‘What the hell is wrong with this guy?’

It’s tempting to write this off as another instance of Donald Trump being Donald Trump. But this kind of body talk isn’t unique to him, nor is it unique to the Republican party. And it matters to to us, the electorate, even if we aren’t willing to admit it.

It matters, for instance, that Barack Obama let us all know in 2008 what he looks like topless. It matters that Bill Clinton, in 1992, looked pudgy and un-presidential (or maybe just relatable?) in his gubernatorial jogging shorts. It matters that Michael Dukakis went for “steely and commanding” in his 1988 photo-op atop a Abrams tank—and ended up landing squarely in “feckless and weak.”

In just the same way, it matters that Rick Perry, fresh off his “oops” moment in a 2012 debate, adopted the thickest, nerdiest glasses on the market; that Gov. Jeb Bush has endorsed the Paleo diet; and that this is one of the most widely shared photos of Gov. Chris Christie.

It matters because we believe that it matters: because we, the voting public, are still deeply invested in the idea that leadership and physicality go hand-in-hand. Few of us talk about it explicitly, but our interests in news and social media give it away. In large part, we treat leadership as a physical quality. Of course, we want a healthy president; if it’s at all avoidable, we don’t want to go through the national trauma of replacing a commander-in-chief who keels over from a heart attack. But our interest in presidential bodies goes well beyond the question of health; health alone can’t explain why we scrutinize the bodies of our leaders in the way we do. Instead, we ought to look at the place where politics meets superstition, and where our talk about democracy collides with the fairly un-democratic suspicion that the body of a president is qualitatively unlike an ordinary body, and that our own interests hang on its condition in an obscure and uncomfortable way.

Shrewd presidents, of course, are skilled at manipulating this kind of thinking—and if you need any more proof that it exists, just consider how much time and effort politicians and their handlers put into controlling the image of their bodies. George W. Bush fed the media a constant diet of brush-clearing videos, and made sure we all knew that he could keep up with Lance Armstrong on a bike. Ronald Reagan’s press office once called CBS News to thank them for a strongly critical report on the president—because the images accompanying the report showed Reagan doing things like lifting weights and accepting the Olympic torch from a runner. John F. Kennedy lived most of his presidency in crippling pain, but kept his painkiller regimen under tight wraps to protect his image of youthful “vigah.” Franklin D. Roosevelt knew that his political life would be over if too many Americans saw him in a wheelchair. (And in case you think we’re much more enlightened these days, when is the last time an openly disabled politician got serious presidential consideration?) Teddy Roosevelt rose to fame as a cowboy, a hunter, and a combat veteran and practiced boxing and martial arts inside the White House.

Over all of these years of fixating on presidential physicality, the American public and media have evolved an elaborate language in which leaders tell us about their politics by giving us glimpses of their bodies. Golfing is non-threateningly genteel—a way for a politician like Obama, so often attacked by his critics as an outsider who “doesn’t understand America,” to portray himself as “one of us.” Jogging, Clinton’s favorite workout, is self-consciously self-improving in a way that most Americans can relate to. If you clear brush, set up fence posts, or pose on horseback, you’re at home on the range—and, judging from Bush and Reagan, prone to cowboy-style rhetoric about self-reliance and freedom.

And when we become aware of this language, of its reach, pervasiveness, and persuasive power, we can do one of two things. First, we can treat it as a subject for serious reporting and analysis—not because the link between presidential bodies and the body politic is especially real, but because in a democracy, those ideas the public treats as real take on their own kind of life. And it’s possible to report on the politics of physicality in a smart and critical way that doesn’t devolve into ogling the “optics” of cowboy pictures. For instance, is the higher bar for overweight candidates (see Christie, Chris) a way of rewarding politicians who practice responsible self-care, and ultimately a positive step for public health—or is it a bit of hypocrisy in a country that’s still a world leader in obesity? How do politicians of color navigate a body-language that was mostly developed by and for white politicians—and how does the stereotype of the “scary black man” constrain Obama’s ability to express anger in public, to the point that “Obama’s Anger Translator” is a recurring Key & Peele bit? Is it a step toward equality that a woman like Hillary Clinton is now part of this conversation on what a presidential body looks like—or is Hillary about to be subjected to the same level of outsized scrutiny directed at women’s bodies on the covers of dozens of magazines every week?

Asking those kinds of questions is one way of engaging with body politics without giving them too much reality. But there’s a second way: pointing out, and pushing the rest of the media to point out, that we aren’t electing bodies at all. This would mean insisting that the person of the president is really the tip of an enormous executive iceberg, and that, whatever the qualities of that person, a president is only a small fraction of what we vote for. When we vote for president, we’re electing a network of donors, of favors owed and due, of party insiders, of longtime advisors and trusted friends, of favorite think tanks and pet policy ideas, of professional experts and old administration retreads, of seekers of offices large and small, and of all the future occupants of a sprawling executive bureaucracy over which the president’s power is highly imperfect. And when we fixate on the qualities of presidential bodies, we miss all the ways in which the thing we’re really voting for is faceless and bodiless, and can’t be captured in an image at all. 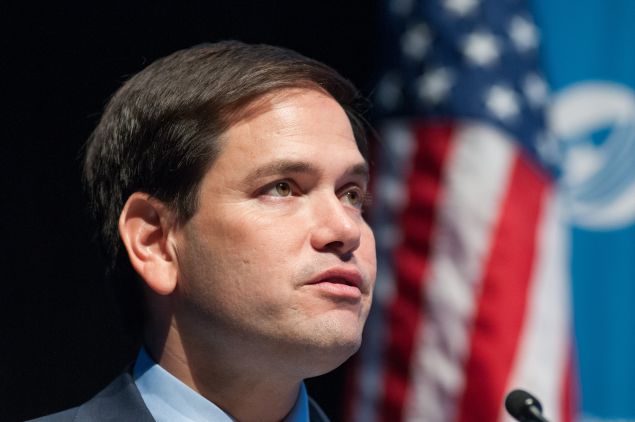