Cultural criticism is taboo. In polite company, all cultures are created equally. None is better or worse than any other; they’re just different. We aren’t responsible for the culture we were born into, so there’s no objective basis for criticism or judgement.

In progressive ideology, this idea goes a step further. Not only must we respect all cultural differences, we mustn’t stray outside the norms of the culture we were born into. A white woman with dreadlocks, for example, should respect black culture and shave her hair off, rather than “steal” a hairstyle from a different culture. They even have a special word for this grievance: cultural appropriation.

I think cultural appropriation is a load of baloney, based on the most persistent errors in political/social thought: abstraction errors – misunderstanding the relationship between people and labels, between aggregates and concretes. These errors are not only imprecise, but they are counter-productive, divisive, and downright dangerous.

This concept is applied across the board. Some cultures are more religious; some value education more highly; some are more hierarchical, etc. These differences should not be judged, any more than we should judge somebody for their height or the amount of freckles on their face.

In reality, we’ve no reason to believe this is true. Nowhere in the world – nowhere in history – are all cultures represented equally across the socio-economic spectrum. The idea is an appealing, aesthetic one, no doubt, but it’s not grounded in the real world.

Different cultures value different things; some skills are valued more highly than others; throughout the world, Chinese immigrants tend to have the highest average income of any demographic. Why is this? It’s not because they are genetically superior; it’s not because of pro-Chinese discrimination (in fact, it’s largely despite negative discrimination); it’s because Chinese culture heavily emphasizes academic performance in the hard sciences, and the hard sciences tend to pay more than other fields.

But the purpose of this article isn’t to explain the relationship between culture and economic status. I’ll leave that to the fantastic work of Thomas Sowell. My point is to illustrate the concrete fact that some cultures are superior to others in specific ways.

The second abstraction error goes like this: cultural heritage is intrinsically valuable. Preserving ethnic culture is an end by itself, regardless of the specifics. Progressives are especially fond of “indigenous cultures”, that are assumed “pure” because they haven’t been polluted by Western society. Whenever a new tribe of indigenous people is discovered, for example, progressives are adamant that we shouldn’t disturb or influence their way of life – they want the complete preservation of cultures, the positive and the negative.

I have a radically different view. Cultures are not intrinsically valuable, nor should they be preserved by virtue of their uniqueness. Cultures emerge from different groups of people trying to best navigate the world. Sometimes, they do a good job. Other times, they do a bad job. If a bad cultural trait emerges, it should be destroyed and replaced – no different than bad theories about physics or mathematics.

For the sake of human progress, we should try to eliminate negative cultural values and promote positive ones. Saudi Arabian culture promotes beheadings for breaking the law – even for minor offenses. This is backwards, unnecessary, and a toxic cultural phenomenon. It shouldn’t be preserved; it should be eliminated.

There’s a fundamental abstraction error underlying all of this: group identity is inescapable. Individuals, in the progressive worldview, are seen as essentiallytied to their ethnicity/socio-economic status. They are white men. Black women. Upper-class kids. They aren’t “individuals with black skin” or “individuals with Scottish parents”. The group identity is foundational; the individual is intrinsically a product of his environment and larger society.

You also see this phenomenon with progressives and their obsession with sexual orientation/gender labels. They self-identify first with their labels. They are fundamentally “lesbian”, “trans-gender”, or “cis-gender”. All experiences are first filtered through the lenses they identify with – as if there’s an entire category difference between humans with different sexual orientations.

I think this gets it backwards. Group identity is a label; it’s a conceptual tool to more easily categorize people. It isn’t foundational. The individual is the base-unit in society, and any labels we attach to them are secondary.

Practically speaking, the stronger people self-identify with labels, the more division it creates in society. “Class struggle” is a powerful idea, and it’s entirely a function of group-identity. When you view people as individuals first, the differences between us seem minor and petty. I view my black neighbors as fundamentally peers. Not as aliens I can never relate to. They have a different daily experience than I do – as a function of their skin color – it’s true. But it’s not an essential difference, and it’s absurd to obsess over it. We have far more in common than different.

Put all the abstraction errors together, and you get the ultimate heresy: cultural appropriation – adopting some element from a culture outside your own. White people having “black hairstyles”. Caucasians wearing Native American garb. Upper-class kids using inner-city slang.

Supposedly, cultural appropriation is insensitive. It trivializes the struggles and history of the culture being appropriated. Some people have even said, “Blues and rock’n’roll is ‘black music’. If white people ‘steal’ it and make money, that’s unfair!”

Ultimately, they are saying, “You are only allowed to behave in accordance with the culture into which you were born.”

Based on the happenstance of your birth, progressives will assign you a list of approved behavior based on the genetics of your parents and grandparents.It’s involuntary group membership with specific behavioral regulations.

And to what end? To preserve the divisions between people? To preserve different cultures for aesthetics’ sake? It seems much more “progressive” to treat cultures like we do any other set of beliefs – we don’t insist that “Islamic scientists refrain from doing American science” or “White philosophers only theorize about white philosophy.”

I didn’t choose my culture at birth, and I’ll be damned if some progressive with a penchant for labels insists I must act in accordance with his list of “white, middle-class behavior”. A few years ago, I moved to Atlanta, and there’s always hip-hop and reggae music on the radio. I love it. I blast it when driving down the road. I also think afros look fantastic. If I had the hair for it, I would wear one myself. I also love soul food. The black culture in Atlanta has perfected fried chicken and collard greens (In fact, I ate some for lunch today).

Here’s a healthy response to my love for blues music, soul food, and afros: it’s wonderful. It helps bridge the gap between white and black people. Every individual is not only a consumer of culture, but a creator of culture. I want my behavior to incorporate the best of black culture, and hopefully the same is true in reverse.

It’s an exciting idea: if you see everybody as individuals, then you’ll see we’re all trying to do the same thing in life. Different groups of people have discovered different truths, and why in the world wouldn’t we want to share this knowledge with each other? We can, quite literally, take the best of all cultures and create something new and better.

How many black people discovered the game of golf through Tiger Woods? How many lives and careers have changed for the better because of it? It’s a wonderful thing. How many white people have discovered rap through Eminem? I did, and it’s a wonderful thing. We should celebrate cross-cultural exchanges of information, not lament them because the ambassador has an unapproved skin color.

Of course, the same is true about the negative aspects of cultures. It’s naïve to overlook cultural shortcomings because you don’t want to offend people. From my experiences, I want to emulate parts of Chinese culture in terms of academic excellence. I don’t want to emulate their emphasis on hierarchy. In my evaluation, Chinese parents can be too strict on their kids and are too focused on “family honor”. So, I want to find a middle ground. Does that make me some anti-Chinese racist, because I recognize tendencies in that culture? Of course not.

I respect Chinese individuals enough to see positives and negatives in their culture, and I want the same treatment in return. The same is true for black culture, Hispanic culture, and every other group on the planet. There’sabsolutely no reason to take cultural norms as all-or-nothing. There’s nothing to preserve for preservations’ sake; let the positive live and the negative die.

For almost twenty years, I lived in an economically-depressed part of upstate New York. The culture was largely toxic and anti-intellectual. In terms of sorting the good from the bad, I’d say I’m leaving most of it behind.

My father was raised by a racist. My mother helped him see through the errors of racist ideas, and he raised all of his kids without an ounce of racist bias. That Southern racist culture died in my family, thanks to my parents, and I certainly will not resurrect it for my kids. This is progress and should be celebrated.

Before the fairly recent invention of intellectual property, artists took imitation and copying as a compliment. The myriad of “Variations on a Theme from Paganini” are all compliments to the wonderful work of the violinist Paganini. The same should apply to cultural phenomena.

Copying is only a compliment. It’s an acknowledgment from one human to another that, “Hey, this is awesome. You’re doing something right.”

Versus, “Hey, you weren’t born with the right ethnic membership to behave in this way. Stick to the white/black ways of doing things.”

Instead, I think we should support cultures having sex with each other. Mix the genetics together, if you will, and see what offspring we can produce. If you like another culture’s music, imitate it. If you like their fashion, wear it. The language, speak it. If you like how they raise their kids, then do the same. We’ll all be better off.

Cultures are not delicate flowers that must be preserved until the end of time. They emerge from groups of people attempting to best navigate life. Some elements are good; others are bad. It’s about time we grow up and recognize this. A lot of good will come from it.

Steve Patterson is a philosopher, author, and award-winning video producer working outside of academia. You can follow his work at steve-patterson.com. 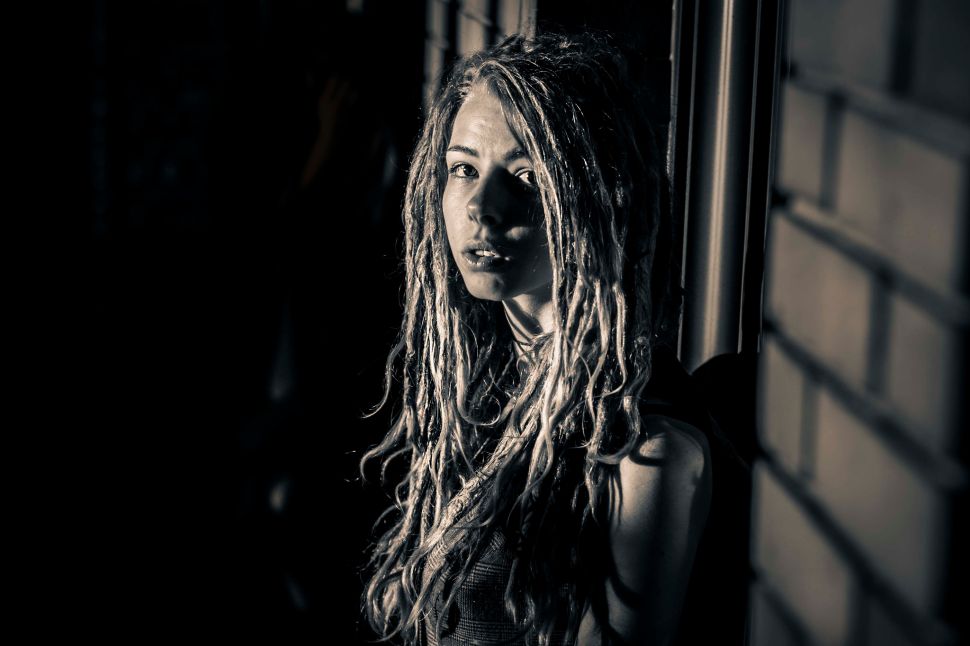