Say what you will about Ben Carson—presidential candidate, surgeon,
soporific—one thing is clear: when he was 14 years old, he held a
knife. He probably held a spoon and fork, too. But for our purposes,
let’s focus on the knife.

That’s pretty much all we—and, it seems, he—know. There was some kind of utensil, and a boy and a confrontation. Ben Carson lunged at this
kid (Brian Williams, perhaps?), but the blade snapped on his prospective stabbing victim’s belt buckle. In that instant, God swooped in, master Carson’s anger issues disappeared forever, and he became the righteous, conjoined-twin-separating wonder he is today.

Whether the specifics matter—or if the story is even true—depends on
how you feel about Dr. Carson and his Republican comrades. His ardent
supporters think it’s the “spirit” of his story that’s really important, the same way, say, proponents of James Frey believe the “spirit” of his drug addiction memoir mattered more than the fact that it was mostly fiction. Never mind that Dr. Carson has been spinning this yarn in various incarnations for the last 20 years. Or that he could never have received a full scholarship offer to West Point, another one of his questionable claims, because—oops!—he never applied and the military academy charges no tuition.

Democrats and Republicans alike are repelled by lying; we demand
honesty—especially from those in elected office—and yet we all play
loose with the facts. Many women wear heels or live in Spanx; some
graybeards rely on Just for Men and pop Viagra while pretending to be
pillars of virility. That doesn’t include the falsehoods that
regularly pop out of our mouths.

Robert Feldman, Ph.D., author of The Liar In Your Life: The Way To
Truthful Relationships, found that on average, people tell two to
three lies in a 10-minute conversation. Behavioral economist Dan
Ariely of Duke University notes that we all cheat by a “fudge factor”
of about 15 percent. Some of us morph into full-fledged liars; a few
even become professionals.

While we despise liars, most of us agree that that lying, or certain
types of it, is critical to a working society, a necessary survival
tactic. We distinguish between altruistic lies, which spare someone
else’s feelings (“Burnt sienna is so your color!”) and self-serving
lies, which spare your own (“Really, I’m divorced!”).

Our relationship to lying is even more complicated when politicians
tell whoppers. When we’re badmouthing a candidate, one of the worst
things we can call them is a “liar.” And yet we aren’t surprised when
they engage in deception.

But how forgiving we are of a transgression depends on the liar in
question. “In the ear of the beholder you either hear the lie or you
don’t,” says David Ropeik, author of How Risky Is It, Really? Why Our
Fears Don’t Always Match the Facts. “We all mistrust people who are on
‘their’ side and not ‘ours.’ People base their beliefs, in part, on the basic values they share with those they most closely identify with. That’s why they join the [political] parties they do.”

In other words, it depends on if we are being lied to, or lied for, as
Mr. Ropeik puts it. On whether the liar is fibbing to protect us or to
protect himself. A politician is supposed to be working for his
people, not against them (for more on that see: Chris Christie, New
Jersey, George Washington Bridge). Many people gave Bill Clinton a
pass for his many lies during the Monica Lewinsky scandal, which he
arguably spouted in part to save his marriage. But a blatantly selfish
Enron-esque lie, which only benefitted those at the helm, is another
thing. When leaders lie, “they’re not on our side,” says Mr. Ropeik.
“And government is supposed to be. When they lie to us to get elected,
we don’t trust when they try to govern. Because whose side are they
on? Theirs.”

But we tend to be more lenient when it comes to memory. “We all have
our narratives about our lives, and at some point they solidify and we
don’t really check them again for a very long time,” says Suzanne
Garment, author of Scandal: The Culture of Mistrust in American
Politics, whose late husband, Leonard Garment, served as President
Richard Nixon’s attorney during Watergate. “One species really is a
kind of misremembering, and it’s often a convenient misremembering.
There’s probably a continuum. Some people are more apt to do it and
there probably are psychological elements involved, such as feelings
of guilt that you haven’t been more heroic in your life.”

But most perpetrators of fraud have big, charismatic personalities. They’re engaging. Dynamic. People like to be around them, which may explain why so many wind up in politics.

“Memory is inexact,” adds Kathleen Hall Jamieson, Ph.D., director of
the Annenberg Public Policy Center at the University of Pennsylvania
and co-founder of factcheck.org. “We reconfigure things so they’re
most favorable to ourselves. Humans routinely fail and reconstruct
memory. Mr. Obama had a line about his parents conceiving him because of Selma—maybe it was family lore. Maybe he believes it. That’s the difference between lying and memory. The human ability to deceive themselves is endless.” (Mr. Obama was 3 years old when the march on Selma occurred.)

So when Speaker of the House Paul Ryan says he ran a marathon in less than three hours, as he claimed during the 2012 campaign, when in fact he finished in a still respectable 4:01:25, or when Hillary Clinton “misremembers” coming under fire in Bosnia, which helped sink her 2008 presidential campaign, it’s quite possible they are telling the truth as they have come to believe it.

Our relationship to the liar is also significant. “If you have no
investment in somebody and you find out that they lied, it doesn’t
matter,” says Jim Taylor, Ph.D., a psychologist in San Francisco and
author of Your Children are Under Attack: How Popular Culture is
Destroying Your Kids’ Values and How You can Protect Them. “Look at
Eliot Spitzer. I couldn’t care less about him, and I have no problem
admitting he lied…We base our political ideology on our beliefs, and
we are compelled to make our reality fit our beliefs because to admit
that we are wrong is too threatening.”

“Every political autobiography is filled with embellishment,” he
continues. “They believe that in the end that the reward is worth the
risk. They believe their supporters will believe them.”

And we often do. That’s because we’re usually attracted to the sorts
of people who tend to take factual liberties. Mr. Ariely says liars
are not necessarily smarter than non-liars. But most perpetrators of
fraud have big, charismatic personalities. They’re engaging. Dynamic.
People like to be around them, which may explain why so many wind up
in politics.

The skills necessary to be a proficient liar—creativity, rationalization, self-deception, an ability to strategize—are often the same skills needed to crisscross the country, charm strangers and pretend you’re their savior. Or as former Vice Presidential nominee John Edwards, whose promising political career imploded because of his cover-up of an affair and a child out of wedlock, told ABC News, “[My experiences] fed a self-focus, an egotism, a narcissism that leads you to believe you can do whatever you want.”

In this instance, he was likely telling the truth.

“People who tell many lies are in fact more manipulative and
irresponsible than people who tell few lies,” said lying expert Bella
DePaulo, Ph.D., in The Social Psychology of Good and Evil. “They also
care deeply about what other people think of them, and they are more
extroverted.” Ms. DePaulo also notes that people are more likely to
prance around in full peacock mode, aggrandizing their accomplishments
and minimizing their faults, with strangers rather than those in their
close circle. Why? Because we know our audience. We know what we
can—and can’t—get away with.

This brings up the question, though, of why politicians would bother
telling untruths today, when it’s so much easier to get nailed.

Blame their brains. Serious liars may have different brains than the
rest of us. According to a report in the August 2015 issue of the
Journal of Experimental Psychology, those with high levels of both
testosterone and cortisol—the so-called “stress hormone,” because
cortisol levels go up when we experience stress—are more likely to
cheat than those with lower levels. Other studies have shown that high
testosterone elevates sensitivity to reward, while lowering
sensitivity to punishment. This, in turn, encourages behaviors like
cheating, which is risky but rewarding (until you get caught, anyway).

This doesn’t mean that everyone who goes into politics starts out
crooked. Susan Krauss Whitbourne, Ph.D., a professor of psychology at
the University of Massachusetts, Amherst who specializes in identity
and personality development, often works with undergraduates who plan
to enter public service. “It’s like seeing the politician in the
making,” she says of her charges. “They are really motivated by
altruistic desires to change the world—otherwise they wouldn’t go in
to public service. But then they get the handlers, and they start to
develop the ‘narcissistic bubble.’ That’s when the lying sets in. I
think a lot of is nurture. Why would you go into public service? It’s
risky and the money isn’t so good. They might be high on the need for
power, and that need feeds upon itself.”

Lying also gets easier over time. Tali Sharot, a cognitive neuroscientist at University College London, found that the brains of people who are aren’t seasoned obfuscators show a huge response in the amygdala and the insula, areas linked with emotion, the first time they fib. The more they lie, the less active these regions become. Neurologically speaking, the liar becomes that much more comfortable with his or her lies, and it becomes that much easier to tell them.

Whether we tolerate lying or not, we still feel conned when lied to,
especially by someone who was supposed to be on our side, and the lies
are too big to wave away. Consider Richard Nixon. After his deceit
unfolded, even his most loyal followers could no longer stand by him.

“The Nixon betrayal was so massive that it transcended that kind of
partisanship,” says Ms. Garment. “For a long time there was a kind of
ordinary partisan divide about whether Nixon and his people were
telling the truth. But then the contents of the tapes became public,
and people cut themselves off from Nixon emotionally. They had to.
Otherwise, they would have had to think of themselves as immoral,
lying people. Also, they foresaw Nixon’s defeat, and no one wants to
be associated with a loser.”

It is worth noting that Nixon reportedly told Garment that the lawyer
would never make it in politics: “You just don’t know how to lie,”
Nixon said. 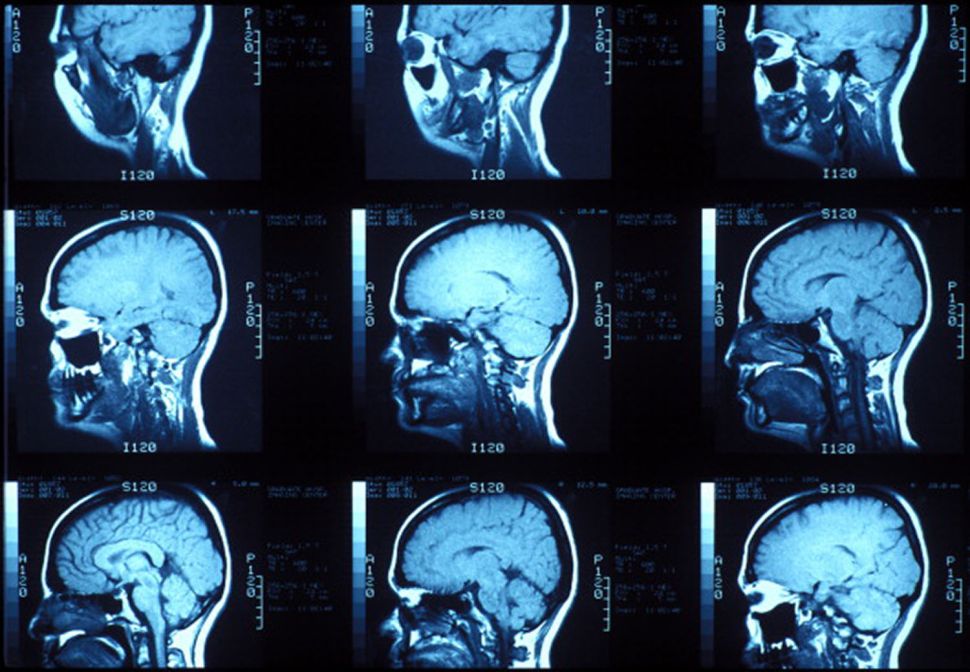