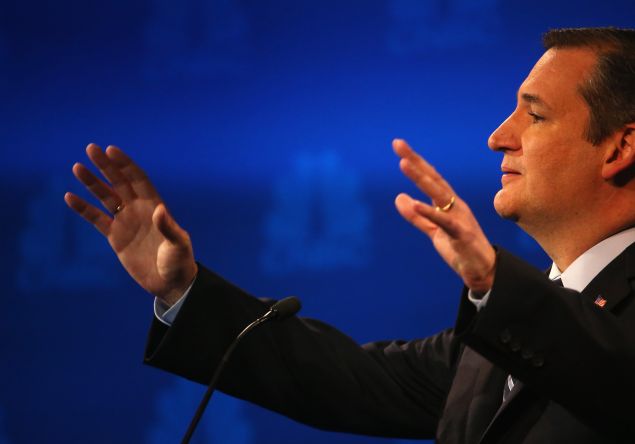 Wednesday night, Texas Senator Ted Cruz opened the doors for the Republican party to walk through to a new beginning; to something ahead that cannot yet be seen — an observation first made the afternoon before, by Edward Luce of the Financial Times who declared the “End of Days” for the Republican Establishment. The Establishment standard Jeb Bush, former governor of Florida, who carried the weight and burden of three generations on his shoulders, would take the final hit for the night.

Throughout long speculation, there were two together, Mr. Bush and former Massachusetts Governor Mitt Romney, who were believed to be able to manage the Establishment’s transition to a new generation. It would be Mr. Bush, maybe with New Jersey Governor Chris Christie as sidekick — as it was envisioned four years ago. Mr. Romney would be close at hand in a life raft, lest it all went south. Which it did.

The Establishment is going to need a bigger boat. And now it is too late for Mr. Romney as well.

The media will no longer be the agent of dominance in culture, policy, ideology and intimidation as it has grown to be since World War II.

The water is breaking. Something new is happening and we don’t know what it is (as Bob Dylan said about another time), and Mr. Bush can no longer turn it back, nor can Mr. Romney, nor can anyone else of the old cloth.

The instant Drudge poll should tell the first truth about this most important moment in the race to 2016: Trump 56 percent, Cruz 20 percent. Everything starts here and, as of today, no one else matters. (Mr. Rubio is next with 10 percent. Mr. Bush has 1 percent.)

“After 15 minutes it was clear that this was not a debate, but a verbal shooting gallery set up by CNBC, with the targets the Republican candidates and the shooters their biased antagonists from the press,” said former Attorney General Ed Meese.

“Ted Cruz accurately described what was going on,” he said. “Whoever selected the ‘moderators’ should be fired and the RNC leaders who allowed it should be condemned.”

The Republican party will no longer be the party of Coolidge, lost in the cobwebs of history while America soars.

“Does your opposition to it show that you are not the kind of problem solver the American voters want?” asked Mr. Quintanilla.

“Let me say something at the outset,” Mr. Cruz responded. “The questions you have asked so far in this debate illustrate why the American people do not trust the media.”

His answer brought wide applause, and at that moment, media dominance of politics historically shifted. The media will no longer be the agent of dominance in culture, agent of policy, agent of ideology and intimidation as it has incrementally grown to be since World War II.

The tradition of Republicans might be seen as falling apart today as Mr. Luce and others have said, but it is birth pains we are witnessing now and have been witnessing since the 2014 elections and well before — the necessary prelude to being born again.

Both parties are beholden to old families and old times, a symptom of stasis and decline — a nostalgia that kills political culture’s imagination and creativity.

The Republican party will no longer be the party of Coolidge, lost in the cobwebs of history, longing for an imagined past, while America soars. It is the Democratic party that grows musty as old leaves.

For the first time in our history both parties are beholden to old families and old times, a symptom of stasis and decline, rather than progress — a nostalgia that kills political culture’s human imagination and creativity. As of last night, the Republicans have effectively busted out. And as of the last Democratic debate, it is clear they have no other options than the rusty old parlor of Hillary and Bill.

Mr. Cruz and the others challenged the CNBC commentators with a sense of controlled and managed anger — a refusal to take it, a refusal to be dominated at any cost, and a willingness to battle forward to dominance and victory. This is the key to quiet confidence, without which there is no winning. Maybe now for the first time (even before Reagan) the Republicans have it. 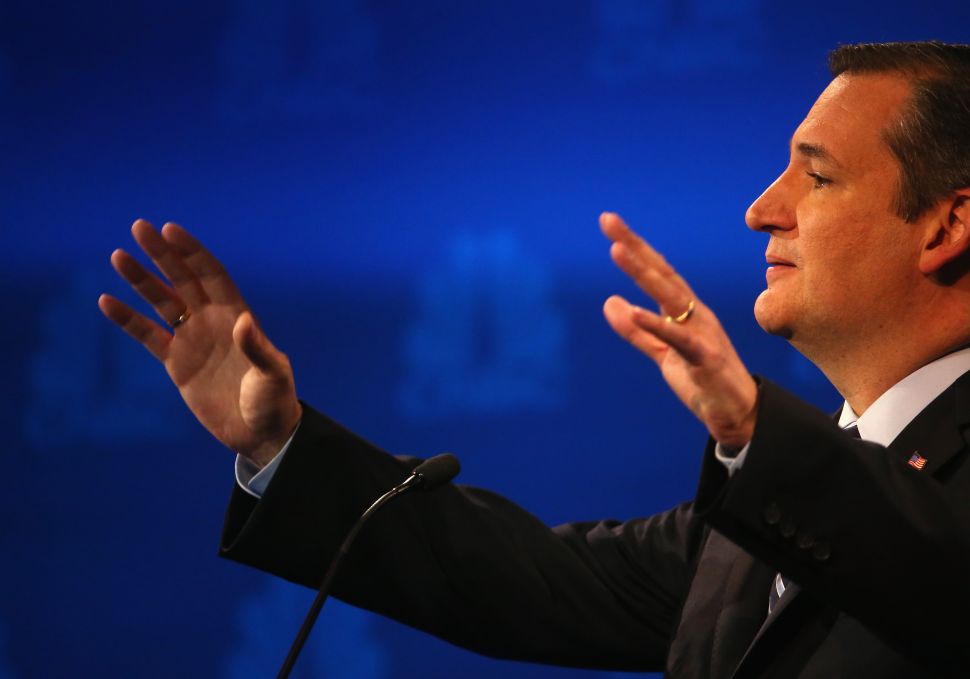