“It’s not considered a fever until it reaches 104.” I wish I could say this medical tidbit came from a licensed physician, however, I heard it from the person who answered the phone at the GP’s office.

Even though I am lucky enough to have health insurance, I actually prefer not to go to the doctor at all if I can help it. In fact, the last time I was out of sorts, I waited a week to phone my MD, since I like to believe that if I give my little aches and pains a few days, they will go away on their own.

When I do feel the need to run my malady past a professional, it’s the one with “Dr.” before his/her name whose counsel I seek. I’m finding more and more though, that when I call a medical office, the doctor’s is a second opinion because whomever answers the phone gives me theirs first.

Interestingly enough, this never happens to my husband. When he contacts a physician’s office, he is either put through to the doctor, or told his message will be relayed and the MD will call him back.

He and I are treated differently because women’s health issues are not taken seriously. How many of us have had ailments dismissed as “anxiety” and told to take up yoga, or given a pill to help us keep calm and carry on. And now this: being so diminished that you don’t even get to be dissed by the doctor; their receptionists will be taking the case.

When I was growing up in the Bronx in the 1960s and ‘70s, my family doctor, who cared for me from birth until after I graduated from college when he retired, had one employee: a white uniformed, white shoe-wearing registered nurse. I recall an angular hat completing the ensemble. Even she didn’t stick her two-cents in.

As nice and helpful as these modern-day assistants are trying to be, I prefer to hear the diagnosis from the person who actually took and passed the MCATs, graduated from medical school, and completed a residency program.

I understand that those who work side-by-side with a clinician pick up a thing or two, especially if many patients call with the same complaints, for which the physician is likely to offer the same advice. But this still doesn’t give anyone who is not a doctor the credentials to advise me.

If I wanted the opinion of a layman, albeit a seasoned and caring one, I’d simply dial my mother.

Mind you, I am not calling due to an emergency; I know enough in that instance to call 911. I’m not even asking for an appointment, which is a whole other ordeal, unless I can count on still being sick three weeks from Friday when there is an opening. (There’s City M.D. if I really want to see someone fast without a scheduled visit.)

I’m talking about the pre-appointment call, where I’m not sick per se, but not well either. There’s a pain somewhere I’ve never before experienced or a small rash with an itch chaser; just something I want the practitioner to wish away with a, “I don’t think it’s anything to worry about,” plus perhaps the recommendation of two Tylenol or some other over-the-counter remedy.

I don’t demand to speak to the doc immediately; that’s for those with actual serious illnesses. Getting in touch with me before his/her next patient, or later during the allotted time for returning calls en mass, is fine.

Nor do I mind if I’m asked by the office workers to describe my issue, so their boss has the heads up before we speak. But after I do say what’s going on, I don’t want to hear, “Sounds like…” as though we’re playing a game of charades.

Talking to a number of people who’ve answered the phone for various types of physicians, I’ve been told: “Sounds like pink eye.” That turned out not to be the case. “…An allergy.” It wasn’t. “… A UTI.” Nope. “Could be strep.” Nada.

In fairness, there have been associates who’ve called it; on the money, in fact, using the exact verbiage later expressed by the MD. Good for them, yet, I still only want to hear it from the person I called; the exception, of course, is if the aide is instructed by the healthcare provider to pass along the cure: “He says buy Vick’s Vapor Rub.”

Although I applaud that these medical support professionals take a real interest in what’s going on with patients, when I’m under the weather, I’d feel a whole lot better if they’d skip the diagnosis, relay my message, and make sure the doctor calls me back.

Lorraine Duffy Merkl is a freelance writer in NYC and author of the novels FAT CHICK and BACK TO WORK SHE GOES. 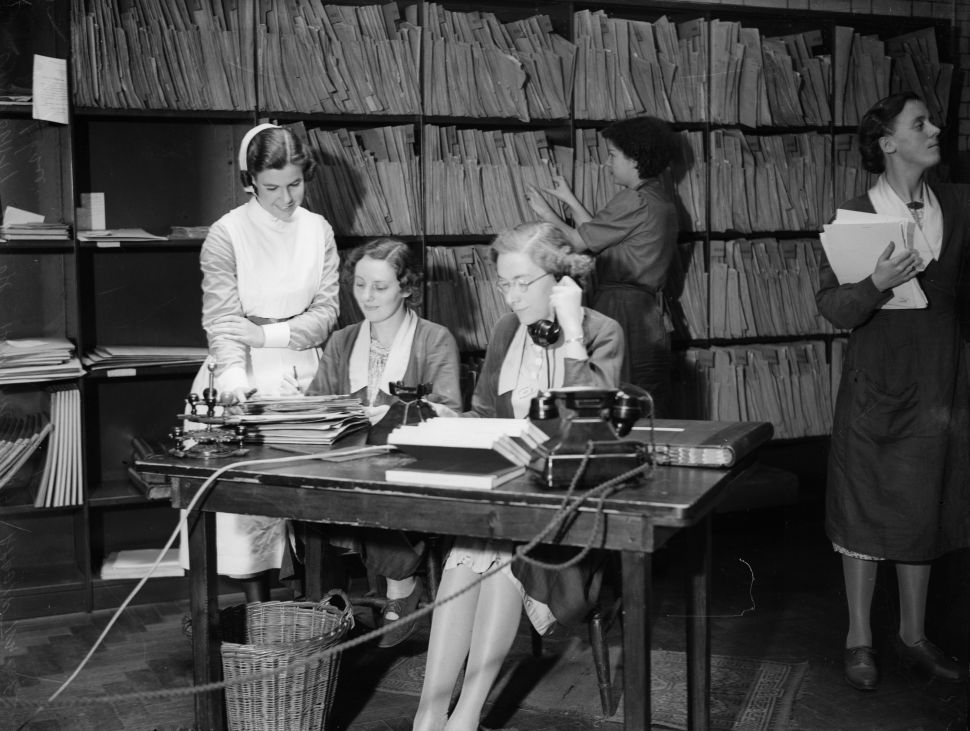