Five murders and a suicide propel the plot of Alban Berg’s shocker of an opera Lulu. But in William Kentridge’s spellbinding production of the 1937 tragedy at the Met last Thursday, the lurid tale played out as pure poetry.

That’s just as it should be, because Lulu is no mere thriller, any more than Hitchcock’s Psycho is a simple slasher film. This melodramatic account of a beautiful woman’s rise and fall is a vehicle for a complex psychological and symbolic examination of the so-called “femme fatale” archetype: the woman who lures men to their doom.

For this new staging of the work, only the second in the Met’s history, the Met tapped Mr. Kentridge, a South African visual artist, who returned to the company after his successful staging of Shostakovich’s The Nose in 2010. In a career spanning more than four decades, he has worked in a variety of media including collage, charcoal sketching and an unusual hand-made animation technique based on successive drawings on a single sheet of paper.

The medium of newsprint could be understood as an allusion to tabloid journalism, the profession of Lulu’s third husband, Dr. Schön, as well as to the avalanche of publicity that accompanies her trial for his murder. And the globs of ink congealed sometimes into Rorschach tests of the characters’ various obsessions, other times into variations on the portrait of Lulu—created in the opening scene of the opera—that seems to mirror her fascination.

In most productions of this piece, that portrait is a very literal thing—an oil painting hung up over a mantelpiece on the set. Mr. Kentridge, though, projected dozens of fluttering variations of this drawing all around the set, suggesting there is no one image of the heroine, only multiple reflections of her in the eyes of her many admirers. In fact, at times Lulu herself wore bits of that portrait as accessories to her costume, a scrap of paper with a curve and a dot as the abstraction of a breast, or a mask that concealed her face beneath a sketch of mascaraed lashes and pouting lips.

The ever-evolving backdrop also included gigantic caricatures of leering men, eerily adorned with flickering, blinking eyes, as well as key phrases from the text of the opera presented as headlines ripped from a newspaper. For Berg’s prescribed brief film depicting Lulu’s arrest, trial and incarceration, Mr. Kentridge devised a stark, jittery animation like a dream sequence from a silent film.

He proved himself equally adept at directing the large cast, in particular soprano Marlis Petersen as Lulu, whose nonstop movement seemed to make her glitter like the proverbial shiny object. In the context of this story it made sense that the lean, leggy Ms. Petersen was not styled to look conventionally glamorous. Rather, Lulu’s allure was projected onto her by others.

In the second half of the opera, after Lulu has escaped from prison, Ms. Petersen’s performance scaled the heights of tragedy. Even in the final scene, when the character is reduced to streetwalking, she tried pathetically to strike the odd, angular poses she had assumed at the very beginning of the opera when she was modeling for her portrait.

Her acting was so spectacular, in fact, that it slightly overshadowed her singing, which was true throughout the role’s daunting range, but a little underpowered. Lulu’s music is laced with wild coloratura and sudden lunges up into the stratosphere above high C, and there were times when Ms. Petersen sounded like she was laboring hard.

On the other hand, baritone Johan Reuter as Dr. Schön and mezzo Susan Graham, as the long-suffering lesbian Geschwitz sang so radiantly they made Berg’s spiky music sound downright romantic. Mr. Reuter played Schön not, as is generally done, as a rock-ribbed father figure, but as something of an aging playboy, which made his mistrust of Lulu seem all the more unfair and hypocritical.

Ms. Graham avoided the stereotypical “drama queen” approach to Geschwitz, interpreting her instead as perhaps the most grounded and normal character in the drama. Even at the very end of the work, when the character is bleeding to death after an attack by Jack the Ripper, her voice retained a caressing warmth in her farewell to her “angel” Lulu. This vocal approach softened and deepened the horrific denouement with a hint of redemption.

Debuting tenor Daniel Brenna underwhelmed as Schön’s callow son Alwa, singing handsomely with a secure top, but seeming to miss the character’s sense of morbid obsession. (At one point Alwa has sex with Lulu on the very sofa where his father bled to death after she shot him. Mr. Brenna seemed more like the type who’d just go to a motel.)

Among the large and uniformly strong cast, bass-baritone Martin Winkler’s superb melding of singing and acting elevated the supporting character of the sleazy Acrobat to star status. These days, most artists can sing Berg’s vocal lines, but for Mr. Winkler they sounded as idiomatic as a language learned in the cradle.

Conductor Lothar Koenigs, left holding the bag when Met music director James Levine dropped out of this project barely a month ago, dredged up some murky noises from the Met orchestra in the first act, but seemed suddenly to pull it all together from the opening measures of the second. His was a heavily romantic take on the score, majestically evoking a sense of impending doom, but slighting the occasional moments of playful wit in the score. Though perhaps not an interpretation for the ages, it was solid and accurate, which under the circumstances is quite an accomplishment.

Though Lulu is undoubtedly a masterpiece, it has never been a box office hit at the Met, perhaps because it’s just not the cup of tea of the company’s Verdi/Wagner/Puccini-oriented subscription base. Interestingly, though, the admittedly less-than-capacity audience for this opening performance seemed to skew visibly younger and hipper than what you see at the Met every other night of the week. Now, are these newbies going to return to see a repertory Tosca, or, more to the point, are they going to buy enough tickets to Lulu that this season’s eight-performance run can avoid drowning in red ink? I’m not ready to make any predictions, but I will say the signs are encouraging.

What’s most encouraging of all, though, is that the Met has found for Lulu a worthy partner in Mr. Kentridge’s provocative and visually stunning new staging. 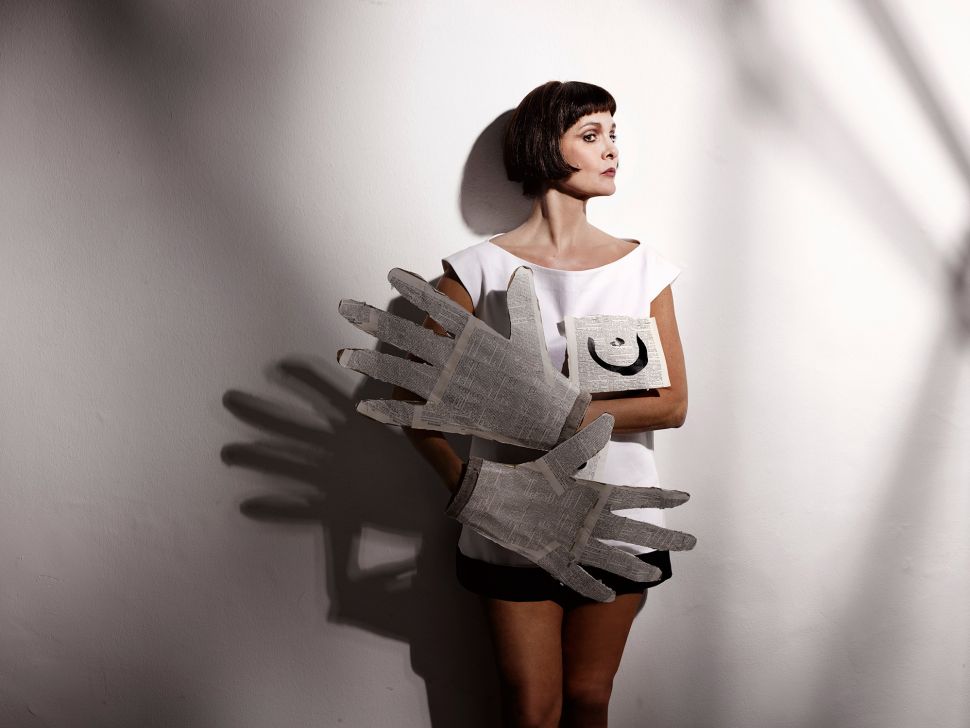