Some Atlantic City takeaways appear in order as the final station wagons and sedans packed with screaming politicians pull away from the bleak shoreline.

At one point during the madness, PolitickerNJ saw a familiar operative standing in the middle of the casino floor in Harrah’s, eyes glazed over, limbs motionless.

You had to do a double take to make sure the guy wasn’t up to his knees in cement.

He could have been a wax figure of himself propped up as a diversion as the real operative carried out some untoward political exercise.

“I can’t move,” was the helpless explanation. “If I step in any direction I’m going to be perceived to be in either the Sweeney, Fulop, or Murphy camps.”

Later, another operative gloomily unpacked the image, adding his own assessment of 2015 League politics.

“There’s a gubernatorial cloud hanging over the whole event,” he interpreted. “No one can really enjoy himself because everyone feels obligated to go to all the parties thrown by Sweeney, Murphy and Fulop. No one wants to slight anyone. Then what makes it doubly uncomfortable is if someone is seen somewhere, others may interpret that as loyalty to one the candidates. And we’re two years away. It really put a damper on the event for some of us. We couldn’t just kick back and relax.”

“Everyone is still dancing,” a third operative said.

If that’s what it’s like this year, imagine the 2016 League.

It wouldn’t be far-fetched to make all three principals (Sweeney, Fulop and Murphy) winners on this list.

Each candidate in his own way had a successful League event.

Let’s look at each one, starting with Fulop.

Everybody’s favorite transactional technocrat was surprisingly blithe and charming. In his interactions with guests at his (multiple successful) events, he didn’t come across this time like a submarine commander looking through a periscope. He engaged people, made eyeball to eyeball contact and seemed to be having a good time. Never a natural mingler, he’s getting more comfortable with the sometimes excruciatingly tedious job of appearing to enjoy small talk and close quarters intereactions with annoying, clinging types who begin every conversation with, “I remember when…”

As a mayor, Fulop sits on the League of Municipalities Board, so he commands a natural power projection platform at this confab. He had numerous events, each one defined by a key segment of his support network; including labor, fellow mayors, and the powerful tandem of Newark Mayor Ras Baraka and Paterson Mayor Jose “Joey’ Torres.

A pattern emerged at Fulop’s events.

Notwithstanding the fallout from the infamous Balmir episode, Fulop has a solid core of minority support in part defined and in part

Fulop: With a Little Help from his Friends.

Torres brings his own network of die-hards.

The mayor also might be the only candidate in the contest at this point who can pack a roomful of hipsters who actually look like they aren’t at the wrong address.

Not that he capitalizes on it wholly owing to his cool style, but there is a youth factor with Fulop.

Last year, multiple drunken insiders reported their disappointment with the ambassador’s Jon Bon Jovi event. The two obscenely rich guys sat on a stage and chatted in concerned tones about the middle class, leaving some of the women in the audience – in particular – to come away feeling a little jobbed.

They wanted to hear a soulful acoustic rendition of Wanted Dead or Alive and instead got a tepid turtleneck talk.

This year was different for Murphy.

Always animated and friendly, he hosted a stands-on-his-own-two-feet-without-the-assistance-of-a-rock-star very well-attended event at the Gypsy Bar where the line to get in stretched far. Some people failed to make it in, in fact, and the candidate appeared outside to give them their own personal audience. Numerous people told PolitickerNJ that his speech was a hit, and even one woman confessed to being genuinely moved by the candidate’s “Story.”

Of course, not everyone digested the Bostonian’s Bobby Kennedy-referencing oratory as Pericles.  A few complained about Murphy’s insistence on holding to the Kennedy mythology as though it should have significance and deep-impact resonance for a generation of BlackBerry and Twitter-heads.

But Murphy’s wife, Tammy, always gets a lot of praise.

He rolls her out as the only candidate who squires a wife around, and by acclimation, it’s effective.

Murphy’s friendliness – and wealth – always puts him on solid footing at these kinds of things.

He showed up at a pool party at Harrah’s only to find out at the last minute that he had to pay to get in. Stranded outside the party with about eight other people – strangers – the former ambassador in one grand sweeping gesture offered to pay everyone’s way.

Then there was Sweeney.

Now his critics harp on how his job gives him a powerful built-in, full-swivel gun turret. But he uses it well. Sweeney’s event was packed, yes with those lobbyist types dying to kiss the ring of the senate president. But he also had regional heft. There was notoriously ambitious Assemblyman Lou Greenwald (D-6) folding in, acknowledging that the South will be behind Sweeney for governor.

Then at Sweeney’s labor event, the packed room got a movie screen-sized shot of the Building Trades resolution from earlier this year urging the senate president to run for governor in 2017.

The party chairmen fell over themselves to be with Sweeney.

Of course, they did that too with the other two guys.

But one of Sweeney’s true talents is his ability to herd cats, and so he was made for a roomful of 700 people, each of whom wants to nibble at his ear and come away feeling paid attention to and bucked up with a notion that the ironworker turned politician will look after them.

Numerous sources reported back to PolitickerNJ that Sweeney was comfortable, easygoing and conversational.

Confronted a year ago by someone telling him he didn’t look sufficiently hungry, Sweeney responded that this gubernatorial game is a marathon not sprint, and so he goes on, packing rooms and working them.

GOPAL: Ten minutes from the time this picture was snapped, you couldn’t move in this room it was so packed.

events of the League, signaling his arrival as a legitimate player of statewide Democratic Party politics.

At least one critic groused that the timing of his event – early in the day before the alcohol headaches set in and prior to the convergence of other scheduled competing events – guaranteed its success.

But the overloaded room has more to do with Gopal’s feverish work rate as a relationship-builder more than the timing.

it’s something to watch, because the county chairman has built an alliance with the other perceived to be neglected stepchild counties of the Democratic Party. Just last week, they all issued a common endorsement of Democratic State Party chairman John Currie. That list consists of:

To the extent that they stay together, they could inflict damage in a Democratic Primary.

Essex County Democratic Chairman Leroy Jones can walk from casino to casino in seven league boots like the Emperor Augustus, his every pre-2017 word an ex cathedra utterance.

But those chairs all combined with Gopal’s particular youthful insistence on relevance at the heart – could end up making a big statement if they land all at once in the middle of a statewide fistfight among Murphy, Sweeney and Fulop.

That Low-key Women on the Move Event

It passed with little fanfare in the media, but consider a Harrah’s party hosted by state Senator M. Teresa Ruiz (D-29),

As we inch closer to 2017, people are going to begin truly hating hearing about 2017.

As we get closer to 2017, party consideration of leadership will intensify.

Any four of these women have statewide potential.

A resident of politically powerful Essex County and an inner sanctum member of one of the most lethal party machines in New Jersey, Ruiz routinely surfaces in conversations about who will succeed Sweeney as senate president. She’s also a potential lieutenant governor pick.

The literal goddaughter of State Party Chairman Currie, Sumter has an LG vibe.

One Democratic Party source insisted no, arguing that to the extent they make a concerted push for something in 2017, Currie and Bergen County Democratic Chairman Lou Stellato will back Assemblyman Gary Schaer (D-36) for speaker.

The Democratic State Party chairman has the party support he needs to serve for another two years, giving him a leadership position through the next presidential and gubernatorial contests.

On the political side, given the dominance of Democrats at the League this year, the Essex Party Democratic chairman was in command and control mode throughout.

Jockeying for 2017 influence, public sector labor unions, the Black Lives Matter movement, marijuana legalization advocates and Latino organizations intent on drivers’ licenses for undocumented workers all made their presence felt this week at the Capitol.

In a show of viability, over 1,000 people showed up at their party this year at the Taj Mahal.

If you tried to meet the eyes of a member of the GOP in Atlantic City this week, chances are he looked away.All right, that’s an exaggeration. Ocean County Republican Chairman George Gilmore was visible this week, and Assembly Minority Leader Jon Bramnick (R-21) held a successful event, while Acting Governor Kim Guadagno gave remarks at the league luncheon. But it’s not an overstatement to say that the Grand Old Party lacked an energized and big, relevant footprint at any one party. Gov. Chris Christie’s presidential run couple dwith several tough losses in legislative races this year have hobbled the party’s presence.

Following news reports of anonymously posted death threats targeting black students at Kean University, eight ministers on their Facebook page say the head of the university has resided over a “climate of racial intolerance that has been allowed to fester for years,” and responded with “too little too late.”

Despite rumors that Governor Chris Christie would be heading to Newark to hash out a deal on the the PILOT bill for Atlantic City casinos, that meeting failed to materialize and the PILOT failed to penetrate the conversation on the ground, according to PolitickerNJ reporter J.T. Aregood.

The Bloomfield City Councilman was arrested this week and charged with accepting a $15,000 bribe from a local business owner. Chalet allegedly told the owner that the township would not proceed with the sale without the bribe. An investigation followed in which Chalet was recorded asking for $10,000 before the sale and the remaining $5,000 after. 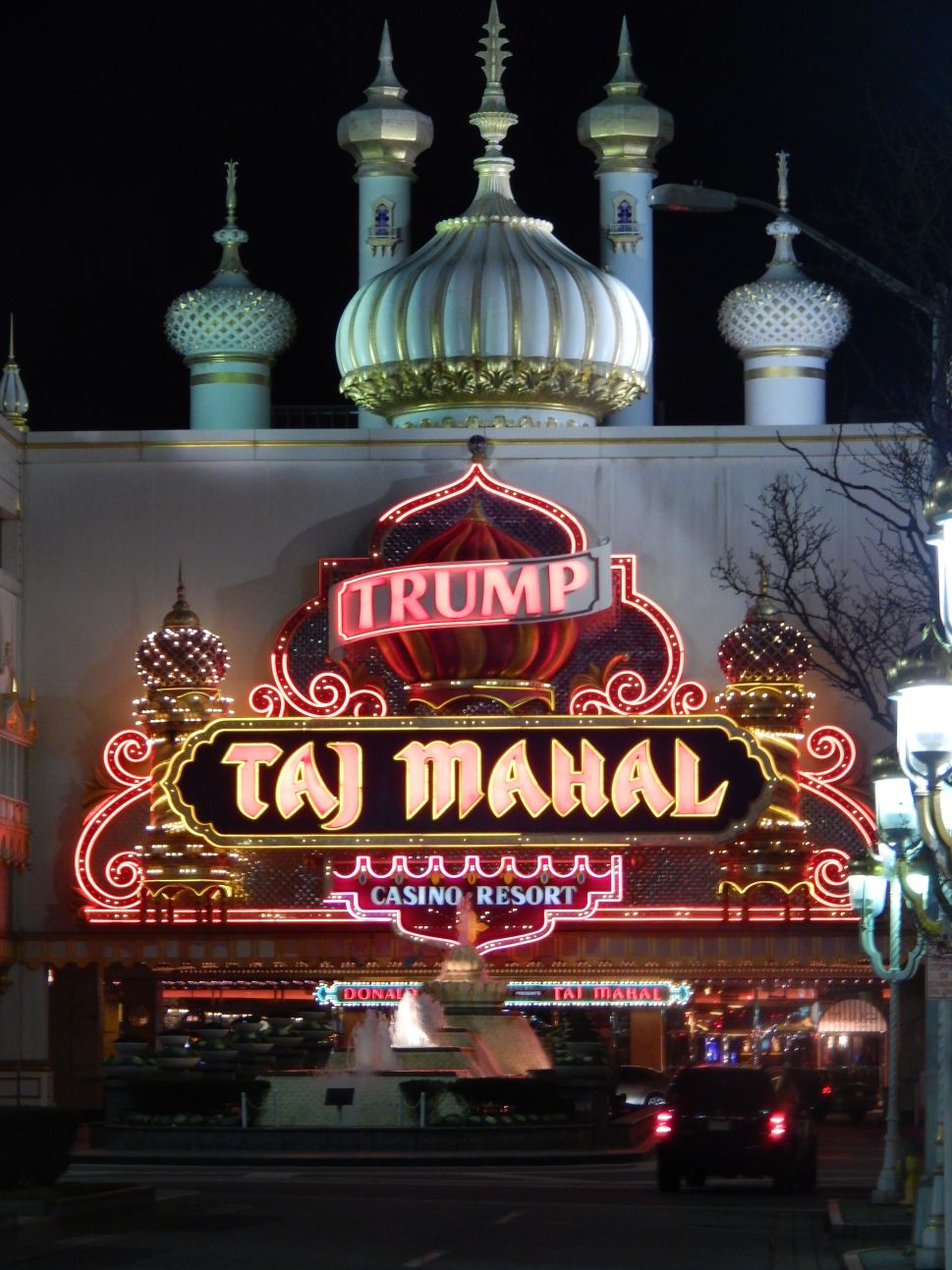