FBI agents caught former GOP State Senate Leader Dean Skelos on tape discussing plans to challenge Gov. Andrew Cuomo and to keep the Senate Democrats “at each other’s throats” by maintaining an alliance with the breakaway Independent Democratic Conference—and those tapes were played today at the ongoing corruption trial of Mr. Skelos and his son, Adam.

Both recordings resulted from court-approved wiretaps on the phones of the Skeloses, and were made last December—when Mr. Cuomo made his decision to ban the controversial natural gas-harvesting technique known as fracking. The younger Mr. Skelos had, thanks to his father’s connections, had obtained a contract from a company called AbTech to sell filters for purifying the chemical-laced used in the fracking process, and was so enraged by the ban he called the Democratic governor “a pussy.”

His father, then the most powerful Republican in the state, declared his intention to take on Mr. Cuomo in the next election cycle.

Mr. Skelos had long enjoyed an amicable relationship with Mr. Cuomo, who—despite promises—did not offer assistance to members of his own party running for the State Senate. But Mr. Skelos, who was arrested and resigned his leadership perch in May of this year, told his 33-year-old son that the detente would come to an end.

Federal prosecutors revealed Mr. Skelos had arranged a meeting between fracking industry leaders and the state Department of Environmental Conservation at the same time that his son both held an alleged “no-show” job at AbTech and was in the process of negotiating the contract to sell filters through his consulting firm Rockville Strategies. Queens State Senator Tony Avella, who took the stand today to testify about State Senate rules and procedures, called the meeting “absolutely disgraceful”—a comment the judge ordered stricken from the record.

Mr. Avella is one of five Democrats belonging to the Independent Democratic Conference, which formed a power-sharing arrangement with Mr. Skelos’s Republican conference in 2012 in order to deprive the mainstream Democratic conference of control of the body. In November 2014, Mr. Skelos’s Republicans picked up enough seats to control the State Senate without the IDC, and spent the subsequent month negotiating diminished powers for members of the renegade caucus.

In a separate tapped call from that December, the younger Mr. Skelos phoned his father to comment on the new arrangement.

“I heard you left a handprint on somebody’s ass,” the Skelos scion remarked, apparently referring to Bronx State Senator Jeffrey Klein, the leader of the IDC.

But the younger Mr. Skelos chided his father when he found out Mr. Klein would retain the title of co-leader and some small legislative powers. The father reminded the son that the GOP majority was then only two seats strong, and that the Democrats would likely win a numerical majority in 2016 as they had in 2012.

Still, he assured his boy that he would retain the title of majority leader and president of the Senate and ultimate power over all legislation and chairmanships in that house of the State Legislature.

The larger point was to make sure the IDC and larger Democratic conference remain to bitter towards one another to cooperate, he said.

“Keep them separate and fighting and hating each other,” the then-Senate leader continued. “That’s what’s worked for the last six years.

“Keeping them at each other’s throats,” he continued. 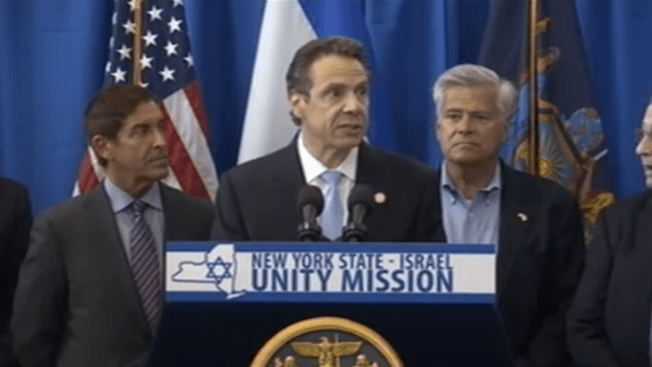