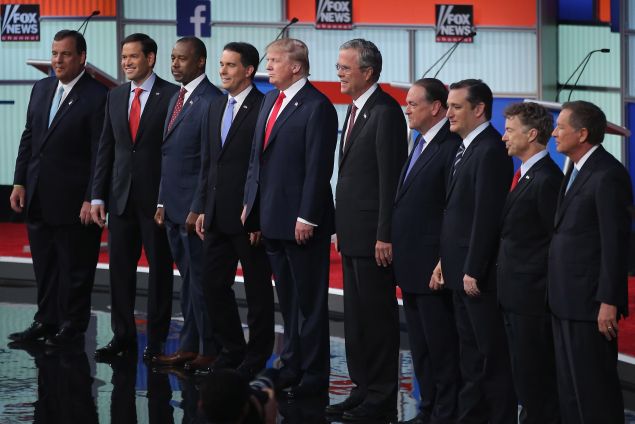 Louisiana Gov. Bobby Jindal dropped out of the GOP primary on Tuesday, saying that it was not his time. Mr. Jindal had consistently polled at or below one percent and was relegated to the undercard debate four times.

I’ve been saying publicly and privately that if a candidate hasn’t been able to make it out of the undercard debate by now, it’s just not going to happen. The undercard is no longer necessary. Mr. Jindal seems to have taken the hint. But that still leaves Republicans with a whopping 14 candidates to choose from. I think that we need to, in the very near future, get that number down to six or seven, because right now, there are a lot of candidates still in the race that shouldn’t be. Such as:

If you asked yourself “who?” after reading his name, you’re not alone. Mr. Gilmore polls so poorly he hasn’t even qualified for the undercard debate the last two times. He’s raised around $100,000 and has spent all of it. There’s no point anymore.

He’s barely polling ahead of Mr. Jindal, and has one of the highest fundraising burn rates (188 percent) of any of the candidates. One would think with all the dangers going on in the world that a severe military hawk like Mr. Graham would do better, but that hasn’t been the case. Mr. Graham’s voice is needed in the Senate on foreign policy matters for this very reason.

Can you believe Mr. Pataki is polling higher than Mr. Graham? I can’t, but that’s what the Real Clear Politics average says. This former governor has the highest fundraising burn rate (226 percent) of any of the remaining candidates – Democrat or Republican. The former governor has raised just $300,000 and is polling at less than 1 percent, despite participating in all four undercard debates. Sorry, Mr. Pataki, it’s just not happening.

Mr. Huckabee was relegated to the kiddie table in the last debate. While he is polling at about 3 percent, it’s time for him to gracefully bow out and allow his supporters to drift to one of the other socially conservative candidates.

Mr. Huckabee hasn’t been in office since 2007; he failed to secure the GOP nomination in 2008 and he no longer has his Fox News program. Other than running for president, he’s not doing much. I’d prefer my presidential candidates to have something else going on in their lives than running for the highest office of the land.

I still think Mr. Paul might be the next “top-tier” candidate to drop out. His polling is low, he’s burning through cash and isn’t making any headway. He was initially one of my top picks for president, I was one of those who believed he might actually be able to pull Democrats and Independents to the right.

But now it seems like his time would be better spent running for re-election to the Senate. He’s passionate and willing to stand up (for hours) for what he believes in. His voice is needed as balance on issues of privacy, and he would do more good in a long Senate career than as a failed presidential candidate.

He’s consistently on the main stage in the debates, but he’s never had a spike like Ms. Fiorina or Jeb Bush. One of the top questions I see people ask during the debates is whether he is in the correct primary, since he disagrees with his Republican colleagues – and the GOP base – on so many issues. There’s no place for him in this primary – he’s just taking up space.

He came, he saw, he tried. He peaked in mid-July and has been falling ever since. He still consistently makes in into the main debates, but he’s been moved farther and farther away from the center. His consistent ability to say things that are so easily taken out of context and twisted is legendary. No, it’s not his fault the mainstream media is biased and doing that, but it does appear to be a problem unique to him.

With those guys out, the GOP primary would be down to Donald Trump, Ben Carson, Marco Rubio, Ted Cruz, Carly Fiorina and Chris Christie. That’s still twice as many candidates as the Democrats have currently.

Obviously I left in Mr. Trump and Mr. Carson because of their high poll numbers. Mr. Rubio and Mr. Cruz are on the rise, and even though Ms. Fiorina is polling below Mr. Kasich and Mr. Bush (and has been falling in the polls since her October spike) but I think she could possibly rebound if she makes some changes to her campaign strategy. She continues to turn in solid debate performances, but needs to give more memorable quotes like Mr. Cruz or Mr. Rubio.

As for Mr. Christie, I was working local elections in New Jersey in 2009 when he was first running for governor. I think he adds something to the lineup that the other candidates do not – namely on crime and overcriminalization. I think Republican voters need to give him another look, because he was able to accomplish some right-leaning reforms in New Jersey despite it being a deep-Blue state dominated by a Democrat legislature. Was he going to turn New Jersey into Texas? Of course not, but it might speak to his ability to work with the other side. 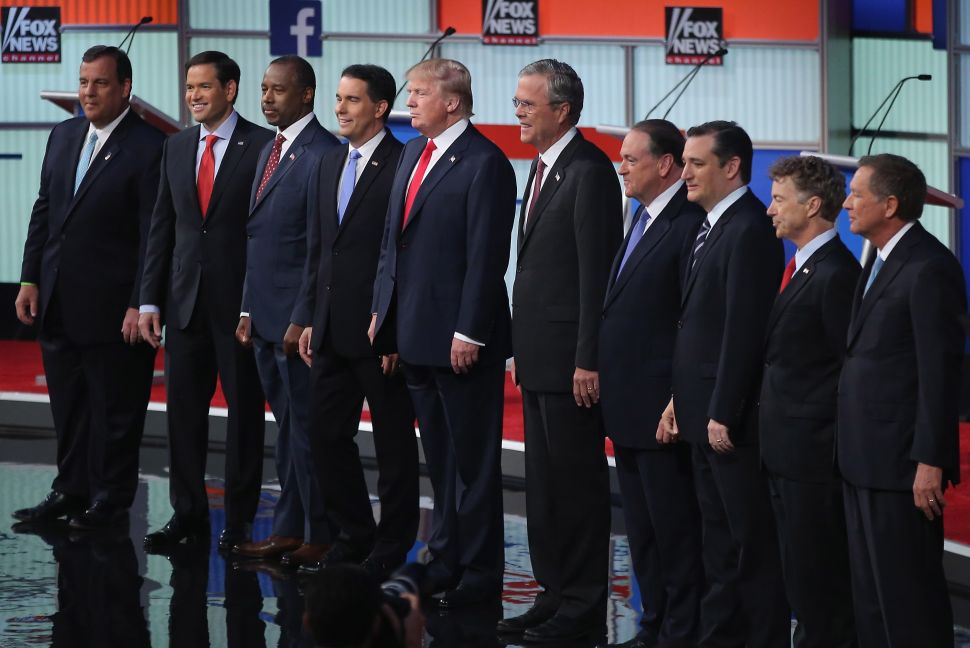