ATLANTIC CITY – Crowds of elected officials, operatives and political insiders huddled outside of the Borgata’s Gypsy Bar on Tuesday night, all hoping to make their way inside to join former Ambassador Phil Murphy’s League of Municipalities event. As music from the live band piped outside, Murphy weaved through the line, greeting would-be attendees who could not gain access to the event space.

Murphy is a likely gubernatorial candidate in 2017 and tonight he stressed that his event—and the packed room—had to do with New Start New Jersey, the organization he and his wife Tammy started, and not with that potential run. Regardless of what the motive was for attendees to crowd the venue, one thing was clear: Murphy is officially on the radar of many and doesn’t need any gimmicks to boost turnout (like last year’s appearance by Bon Jovi).

“We started six weeks ago aggressively promoting a middle class agenda, building a movement around that,” Murphy told PolitickerNJ. “We have gotten such great feedback I am not surprised by this turnout.”

During his remarks, Murphy spoke to the recent violence in France and took the opportunity to denounce Governor Christie’s recent statements that no refugees from Syria should be allowed to enter New Jersey.

“The divisive stuff we hear from the other side of the aisle isn’t American and we have to call them out on that,” Murphy said. “This is a country of immigrants.”

Murphy also voiced his now-familiar mantra that his family was “middle class on a good day” and that he wants to give struggling families more opportunity through programs like his in New Jersey.

Murphy also claimed that “New Jersey is the single most under-managed asset” and that the state’s leaders “must do better.” 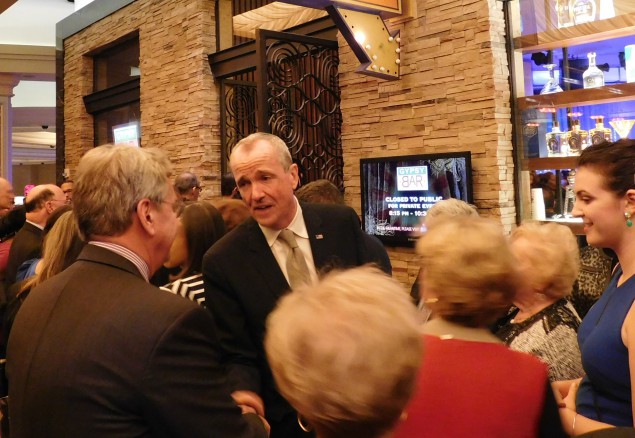