The Wu-Tang Clan’s mysterious album Once Upon a Time in Shaolin…, of which there is only a single copy, has sold for an “undisclosed figure in the millions” to an “American buyer” in a private sale through online auctioneer Paddle8. The sale sets a new auction record for the highest price paid for a single album by a long shot. The previous record was the 2015 sale of an acetate featuring Elvis Presley’s first songs My Happiness and That’s When Your Heartaches Begin, which went to musician Jack White for $300,000.

The Stranger’s Jen Graves reports that Paul Allen’s new nonprofit arts institution, Pivot Art + Culture, may not be a permanent art space after all. According to sources the space, which is due to open in 11 days, will likely close again in March, and no future exhibitions have been confirmed. On its website, Pivot’s mission has also been altered to read: “Pivot Art + Culture is a concept space located in the Allen Institute building by Paul G. Allen and his company, Vulcan Inc.”

On-demand services for Art Basel Miami Beach just keep getting better and better. For those looking to skip the miserable schlep on a commercial flight to Miami, a new service called BLADEone will get fairgoers to Florida in style. First a 10-minute helicopter ride to Westchester, then a private jet with only 12 seats will whisk you away while you enjoy “curated movies” on iPad Pros and Del Toto slippers. This will run you about $2,200 one-way.

A new biography of comics great Will Eisner written by DC Comics president Paul Levitz features “rare and unpublished art, photographs, letters, and sketches from the family archives.” The holidays are coming up, and we know what’ll be on our list.

The Paris Photo art fair closed early due to the attacks in Paris on the evening of November 13. Now, the fair is planning a gallery weekend this Saturday and Sunday for visitors that weren’t able to make it before the close. The weekend will feature 55 participating galleries.

There’s speculation as to whether or not Richard Lippard’s monumental floating sculpture Orpheus and Apollo, which hung at Lincoln Center for over 50 years, will ever be displayed there again now that the hall is set to be renovated in 2019. The sculpture, which is comprised of metal strips hung with steel wire, was taken down in 2014 just before the hall was renamed for David Geffen.

Bonnie Burnham, director of the World Monuments Fund, will retire this month after 30 years at the organization. She will stay on as an adviser to oversee her successor Joshua David’s transition. 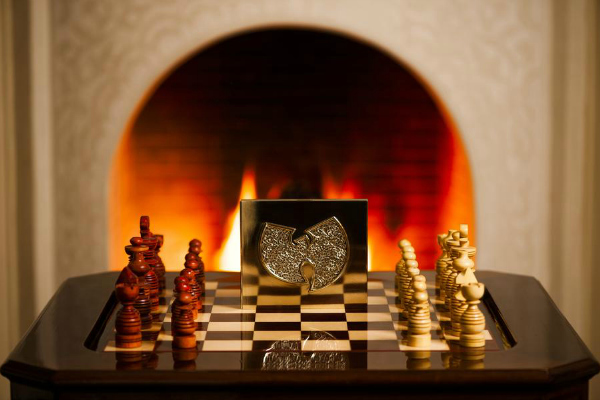