Birthright Israel, the charity founded in 1999 to bring young Jews on trips to Israel, has witnessed an unprecedented increase in participation among French citizens over the past two years.

The Observer has learned that 2500 French Jews will have visited Israel as part of the program this year—more than double the 1100 who went last year and a stunning 2400% increase over the 98 who visited as program participants in 2013.

The gains come amid a string of high-profile attacks by radical Islamists in France, many targeting Jewish institutions. In March 2012, three linked shootings in Toulouse and Montauban targeted French military personnel as well as four people at the Ozar Hatorah Jewish day school, where a self-identified mujaheed who claimed ties to al-Qaeda killed a rabbi who shielded his two sons from attack and then shot one of the boys as he crawled away, and then shot an 8-year-old girl at point blank range while he held her by her braids. Early this year, the office of the satirical weekly Charlie Hebdo was attacked as 11 people were killed by gunmen identifying themselves as Al-Qaeda while their accomplice, who identified with ISIS, took hostages in a kosher market and killed four of them before being killed himself.

Even last week’s horrific coordinated ISIS attacks had a Jewish angle, with the bulk of casualties coming at the Bataclan theater, which had long been owned by Jewish brothers Marcel and Joel Laloux and had hosted fundraisers for Friends of IDF and other Jewish causes.

According to Birthright Israel, France has until now been underrepresented in these free 10-day educational trips aimed at Jews between the ages of 18 and 26. trips. A statement the group plans to release tomorrow claims that, “Despite having the third-highest population of Jews in the world (behind Israel and the U.S.), only a small percentage of Birthright Israel participants have historically come from France. Following the attacks on Jewish targets at the beginning of this year, Birthright Israel increased outreach in France to encourage participation in the program.”

Birthright Israel International CEO Gidi Mark echoed that thought. “During a time when many of Jews in France endure violent acts on the account of their Judaism, it is a basic act of solidarity for Birthright Israel to focus its efforts on this community.”

Mr. Mark is running a program that’s universally admired in the Jewish community, perhaps as much (at least among nervous Jewish parents) for its reputation of Jews hooking up with other Jews as for the love of homeland it instills in its participants. The program was started more than 15 years ago by philanthropy titans Charles Bronfman and Michael Steinhardt and is said to take over 30,000 young people a year to Israel – more than half a million to date from 66 countries. Sheldon and Miriam Adelson have donated some $250 million over the last decade.

Mr. Mark said, “In 2014 we made a strategic decision to dramatically increase our engagement with the Jewish community in France and the results have exceeded all of our initial expectations. The reaction of the younger generation of the community in France is overwhelming and moving in the way they cherish the gift of Birthright Israel.” 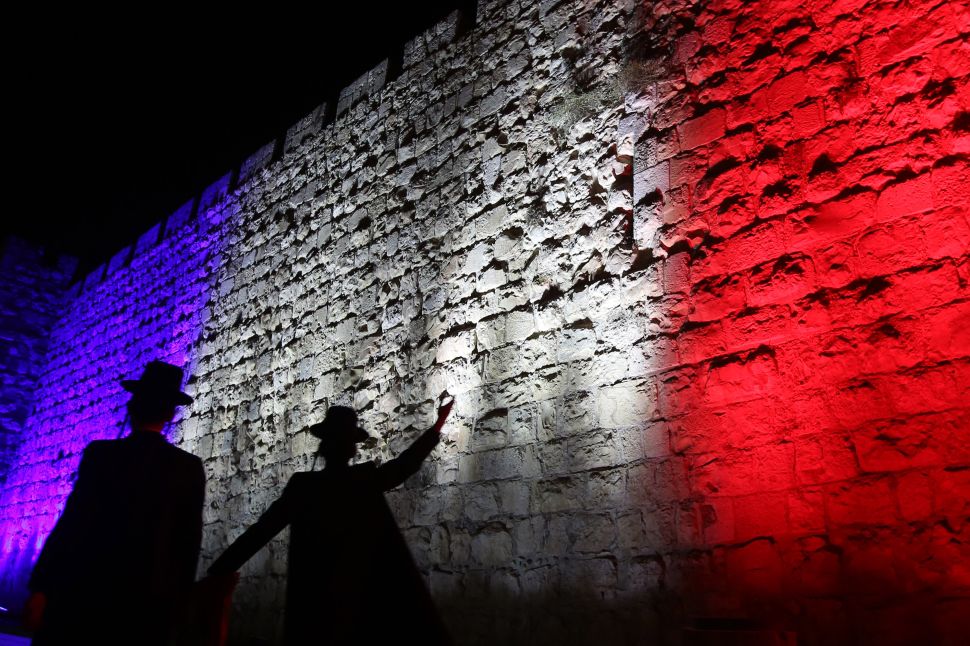