From significant corporations to local institutions, 2015 was a sad year for New York City’s landmarks. This year, mom and pop shops were not the only businesses that were pushed out by rising rents.  Here are some of the places the Observer will miss the most:

Before there was an Empire State Building, there was Louis Shoe Rebuilders.  The 94-year-old shop, which was located inside the Empire State Building, was forced to close its doors this summer after rent increases. #SaveNYC, which was founded by Vanishing New York’s Jeremiah Moss, held a funeral for the iconic shop to bring awareness to New York City’s changing landscape.

Iconic costumer designer Patricia Field announced this month that she would close her namesake store—but not because of rent increases.  “So this decision of mine to sell my property came as a result of a couple of years of seven days a week, 24/7 schedule for me. I have other projects that I’m also doing and I had to make a choice,” Mrs. Field told the Observer. It’s unclear when the 50-year-old boutique is officially closing, so Sex and The City fans and fashionable New Yorkers still have the chance to go grab a new outfit.

The toy soldier greeters, the large piano and the huge stuffed animals disappeared from Midtown this July as FAO Schwarz officially shut its doors. The owners of the iconic store, Toys “R” Us Inc, chose to not renew the lease because of increasing Manhattan retail prices. FAO began in 1862, and has moved around the city several times this then. The Toys “R” Us in Times Square also announced that it would not renew its  lease and would close on December 30 (today).  FAO Schwarz attempted to move to the Paramount Plaza in Times Square, but that deal fell through. It’s unsure when or if FAO Schwarz or Toys “R” Us will relocate.

Not far from Cafe Borgia II is the West Village staple Avignone Chemists, which closed because of a tripling of its rent. The pharmacy originally opened in 1832 as the Stock Pharmacy at 59 Macdougal Street. Francis Avignone then purchased and renamed the business in 1898. Avignone Chemists had been at its current location since 1929. Despite winning a 2013 Greenwich Village Society for Historical Preservation award for their involvement in the community, the new landlord for the block, Force Capital Management, planned to triple the rent. Owner Abe Lerner declined to tell DNAinfo what he paid for the space, but he said that the new lessee will be charged $60,000.

Early this November, the 1960s-style Market Diner was bought out by the Moinian Group developing company to become a 13-story mixed-use building, according to The Real Deal. The restaurant was a favorite of Frank Sinatra’s, and was one of Manhattan’s last stand-alone diners. Vanishing New York reports that that area was already surrounded by luxury buildings. Now there’s going to be another one.

The 23-year-old “classic country and southern rock-n-roll dive bar” that encouraged patrons to dance on the bar and nail their bras to a wall closed this August due to increasing rent prices. The bar opened in the Meatpacking District before the High Line and chic stores changed the landscape of the area. Even Julia Roberts is known for having her bra hang in the bar. Owner Michelle Dell told the Daily News that she wasn’t willing to charge $17 for the Pabst beer that she currently charges $3 for. The owner pledged to keep the party going until the last day, in true Hogs & Heifers style.

Another one of the many New York institutions to close this summer was Tribeca Cinemas. The independent movie house that opened in 1996 functioned as a theater and a restaurant. After the screening room that once showed Breakfast at Tiffany’s every Sunday closed in 2009, Robert de Niro and his Tribeca Film Festival partners purchased it. Since then, the theater had hosted private events and special screenings.  The owners wrote on the theater’website that “Unfortunately the building where Tribeca Cinemas and The Varick Room reside is up for sale so we have closed.”

This October the board of directors at Gotham Chambers voted to close the organization, surprising journalists and music lovers alike. For the past 15 years, they have put on operas such as Il Sogno di Scipione, Il Mondo della Luna and El Gato con Botas. The company’s incoming executive director, Edward Barnes, “uncovered a significant deficit that was not previously disclosed to the board,” according to the Observer.  The company had even announced the list of operas for their 2015-2016 season, but sadly none of us will be seeing them now.

Another establishment that has disappeared from Midtown is the McKee Gallery. David McKee and Renee Conforte McKee opened the gallery in 1971 with a figurative Philip Guston show. Last May, the owners announced that they were closing at the end of August, citing the changes in the art world: “The art world has become a stressful, unhealthy place; its focus on fashion, brands and economics robs it of the great art experience, of connoisseurship and of trust.” 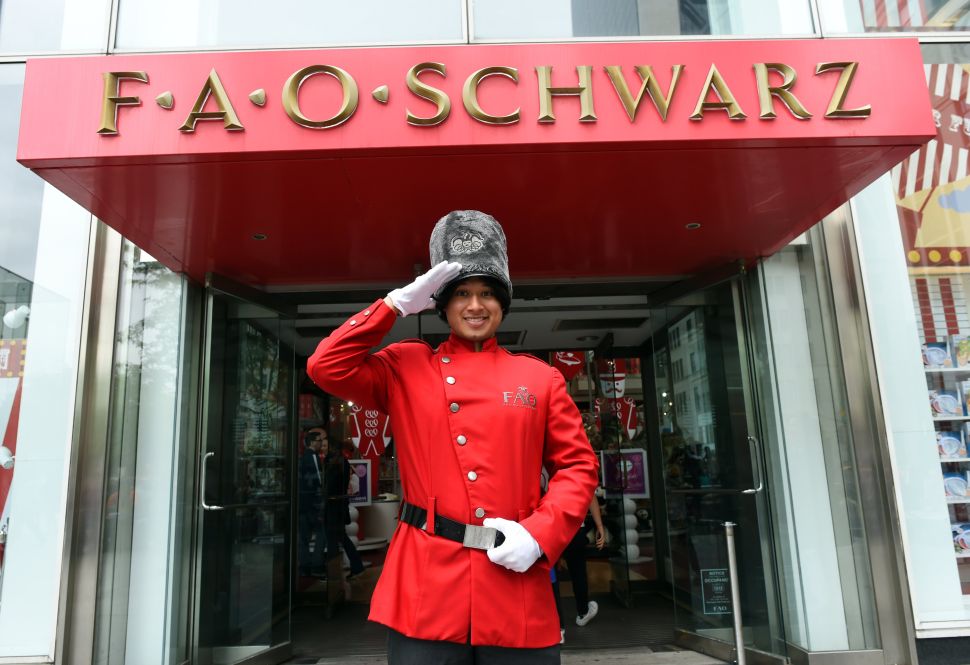