Fulop on the move.

This was cakewalk political duty for Fulop, who last month began one day with meetings in Atlantic City, then did a Tick Tock Diner sit-down in Clifton, then darted down to Monmouth County for some Vin Gopal time, before springing back to Jersey City.

Compared to those political acrobatics, Wednesday night’s itinerary was hardly sweat-breaking work, while proving the value of Fulop’s proximity to power.

Baraka and Ramos flirted at Nanina’s, the two convincing a roomful of insiders that they love each other. These were two guys who appeared to hate each other in 2014, fierce rivals who appeared headed for a major collision come Election Day before county Democrats yanked Ramos and put all their resources beyond Shavar Jeffries in a futile attempt to stop Baraka.

Fulop offered his own human glue narrative. He was once close enough to Ramos to co-host events with the Newarker during the League of Municipalities. Then he became the most visible backer of Baraka among elected officials in a daring move to beat Essex County Democrats.

Now, as Fulop seeks the 2017 nomination for governor and daily labors to cultivate relations in DiVIncenzo and Jones world, everyone was together again, the local motif of Baraka-Ramos serving as a reminder of Newark political potency. 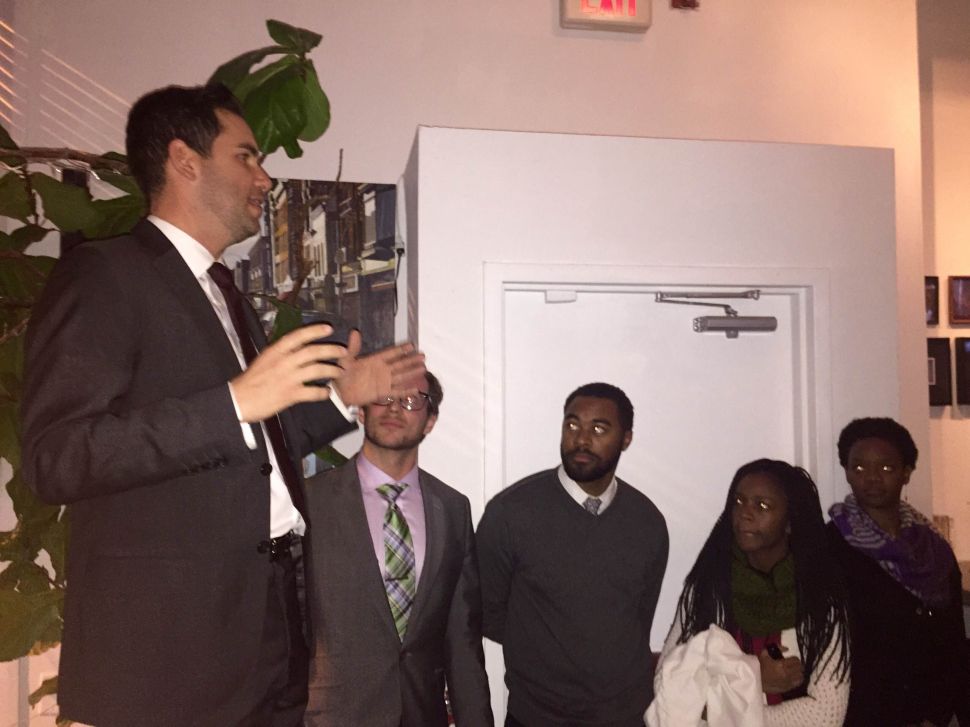