Steve Sansweet has a pretty sweet job. As a consultant to Lucasfilm on “fan relations,” and the head of his own Star Wars collectibles non-for-profit, Rancho Obi-Wan, Mr. Sansweet kind of lives the dork dream. Which made the Wall Street Journal bureau chief-turned pro Star Wars collector the perfect person to turn to in order to find out which merchandise is most sought after, as The Force Awakens opens (tonight, for those living in a pop culture cave).

Since April, when trailers for The Force Awakens first screened, Mr. Sansweet said tours of the Petaluma, Calif.-based Rancho Obi-Wan have been booked solid, at about twice the previous high mark. And with high profile auctions like Sotheby’s sale of Japanese fashion entrepreneur Nigo’s Boba Fett-heavy collection, the market for Star Wars merch has never been brighter.

So we caught up with Mr. Sansweet, and arrived at five holy grail Star Wars items you might even have in your basement. And now is probably the time to part with them, if you’re looking to make bank.

“In recent months I’ve seen prices that floor me, that [are] double and triple what I would’ve expected,” he told the Observer.

The collector base for Star Wars items is also diversifying. “[The new movie is] bringing in new collectors, people who work in Silicon Valley,” he said. “People of a certain age with disposable income.”

So without further ado, here are the hottest Star Wars collectibles right now.

Action figures are the bread and butter of the Star Wars collectibles market, Mr. Sansweet said, and prototypes are the most precious among those. Perhaps the most coveted prototype is the missile-firing Boba Fett, a planned figurine with a bit that actually fired (the manufacturer later thought this was a choking hazard, and affixed the missile to the figurine’s back). Mr. Sansweet said one of the “handful” of legitimate missile-firing prototype Boba Fetts in existence could fetch $20,000.

In 1985, Kenner decided to stop producing Star Wars action figures. The last toy under production before the decision came down was Yakface, an alien who was unnamed in the films but can be seen on screen in Return of the Jedi attending the planned execution of Luke Skywalker and Han Solo by Jabba the Hutt in the Pit of Carkoon. The dead stock of Yakfaces was shipped to Europe and Canada and today an intact Yakface will get you $1,000 or so, Mr. Sansweet said.

Some of the Star Wars collectibles knock-offs were really quite spirited, as evidenced by a Turkish line of unlicensed toys called the Uzay line, which is one of the most sought-after bootleg Star Wars toy franchises. The Uzays actually refer to the film as “Stars War” and the Snowtroopers from The Empire Strikes Back are clad in blue instead of white, and referred to as “blue stars.” “Collectors go crazy over something like this,” Mr. Sansweet said, though he could not give an exact projected sales figure for an Uzay blue star.

If you’re a fan of the extended Star Wars universe, you know that those red-cloaked dudes that guard the Emperor in Return of the Jedi actually become pretty important later (we shall see if they are important in Episode VII). Those guys, the Royal Guard, also got somehow muddled in the Turkish manufacturing process, and some of them have silver helmets instead of that sultry red vinyl that they have in the movie. A silverized guard, called a “headman,” would bring at least $1,000, according to Mr. Sansweet.

The rarest toy that was actually commercially produced was the Brazilian version of Vlix, a 1988-issue villain from the cartoon series “Droids: The Adventures of R2-D2 and C-3PO.” In Brazil, Kenner “produced a very limited number of Vlixes,” said Mr. Sansweet, even after canceling production on “Droids” figures in the U.S., “because the series was more popular in south America and Europe.” A good condition Vlix could fetch $15,000, he said.

And with a new film upon us, there’s sure to be more rare, limited or accidentally produced Star Wars toys. But heading into the new Star Wars season, Mr. Sansweet said what he personally is most excited about is no longer toys.

“I’m very selective about what I’m buying now,” he said. “What excites me is Nescafé creamers, Kraft mac and cheese and Campbell’s soup [with a Star Wars theme]. The things that people throw away.” 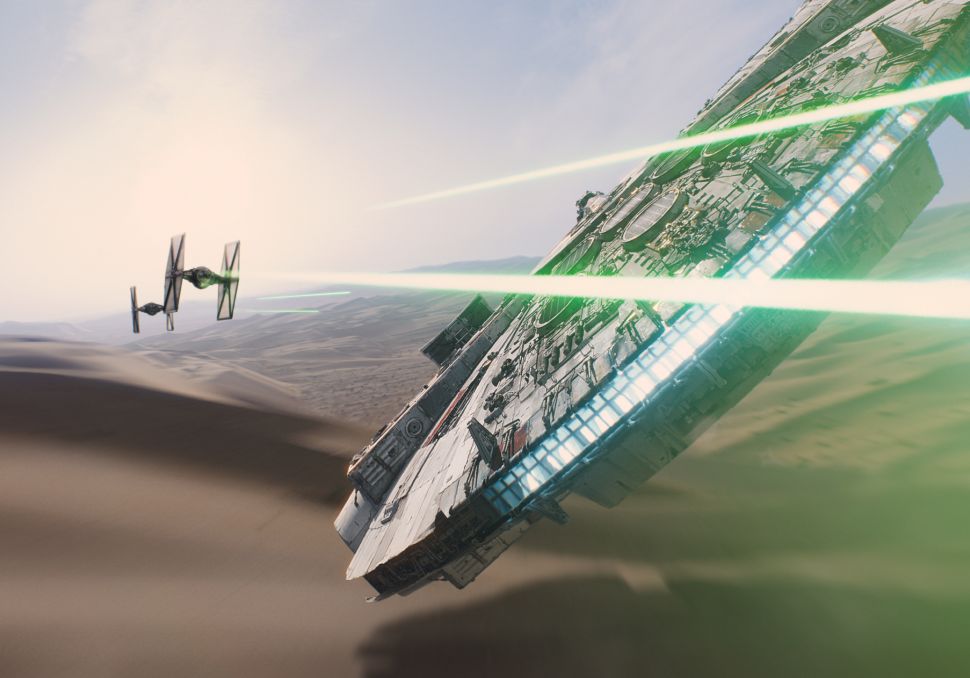