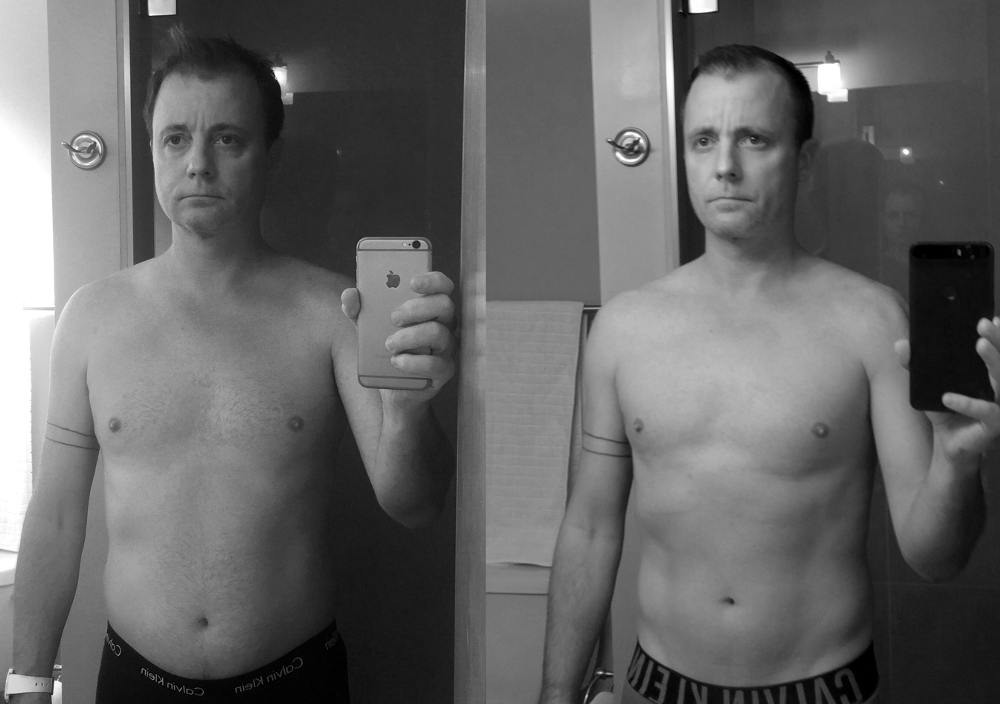 The pixels would have you believe these two people are Geoff Teehan, but they’re not.

It’s interesting, my relationship with pixels.

I realize I had both slowly and quickly parsed my own self into many, many discrete pixels.

But unlike work, where I do it in a mindful, creative, deliberate way, I obfuscated my coherent, authentic self.

The person on the left was photographed on September 15, 2015.

His name is Geoff Teehan. He feels like a distant acquaintance now, but I do remember bits about him. People wouldn’t know this, but he doesn’t look after himself nearly as well as he should—it just sort of crept up on him. Because you know, life gets busy, and there’s always tomorrow, and then maybe tomorrow, again.

He’s athletic, naturally good with just about any ball, racquet or club that falls into his hands. But he doesn’t exercise for health or well-being. It comes pretty easy to him, so why make an effort?

He loves to cook, but eats poorly when he’s out, which is often.

He barely sleeps. Resting can be annoying, it makes him think: is he setting things up for success? Was he good enough in that meeting today? Did he make everyone happy enough? The pixels!

He’s talented, but rarely leverages it near his highest potential. Why should he? He floats through life just fine with a lot of success and external validation just for sticking his toe in the water—albeit sometimes reaching through a foggy haze of wondering, and wanting more. He could be doing so much more.

He doesn’t think much of himself most of the time. Look at his face. Doesn’t he have the saddest eyes in the world? So sad that they make me want to cry right now. How he got there is a very hard story to tell. It has dozens of layers and millions of pixels. He’ll tell it to you one day.

Doctors and scientists have said it takes 60 days to form a new habit. It’s no accident that photo on the right was taken on November 13, 2015—exactly 60 days after the one on the left.

I now take incredibly good care of myself. I wake up at 4:50 a.m. every day so I can make it to the early Bikram Yoga class and be fresh for work afterwards. I have three different yoga memberships to better work with my schedule. I have only missed yoga on two occasions, but went twice in a day to make them up. In other words, I made an effort. I committed to refreshing that sad look in my eyes. I sought out yoga studios when I travelled—again, no excuses. I took friends and colleagues to class with me too.

I cook almost every night, because I feel like it, and I love it again. I drink water like one of those weird people you see who is always drinking water.

I go out a couple of times a month now. Instead of doing drinks with friends (I quit drinking alcohol entirely), we go for dinner or to a movie. I switched from coffee to tea. I’m asleep by 10 p.m. I’m physically, mentally and emotionally present—all of which are hard at different times. Because then people see me, and all of who I am, really.

My thoughts are more constructed and meaningful. My delivery becomes more authentic, poignant and relevant as a result. My eyes are keen and sharp. My confidence is strong and secure. I am patient. My work is better, as are my relationships.

I didn’t change — I sloughed off the things that changed me, and it revealed more of what makes me who I am.

My appetite to do amazing things has never been so ravenous. I’m excited to see what happens next because it will be me, making it happen. 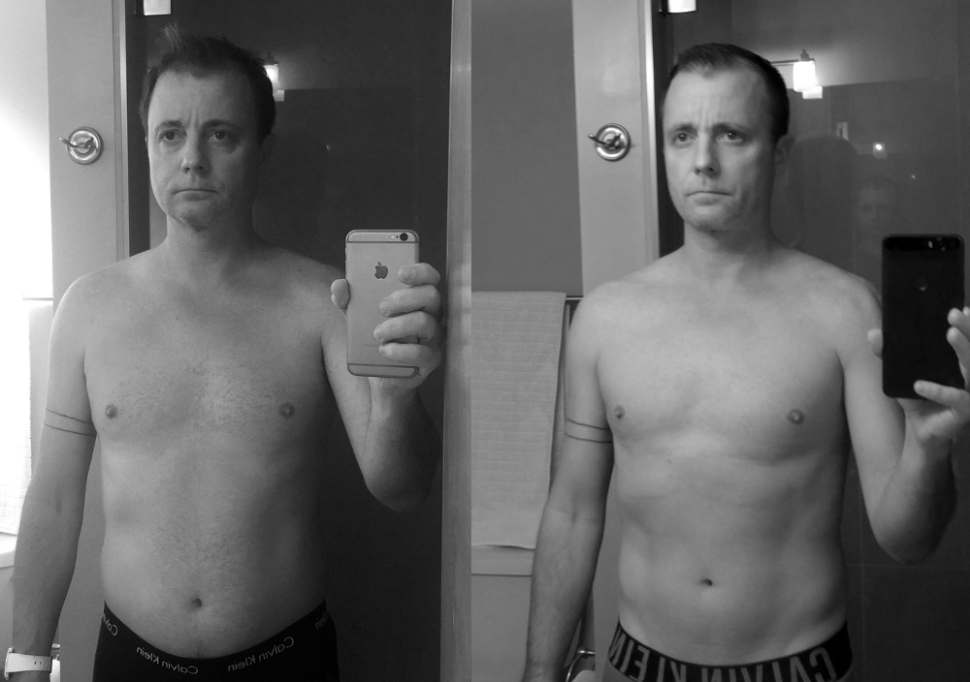