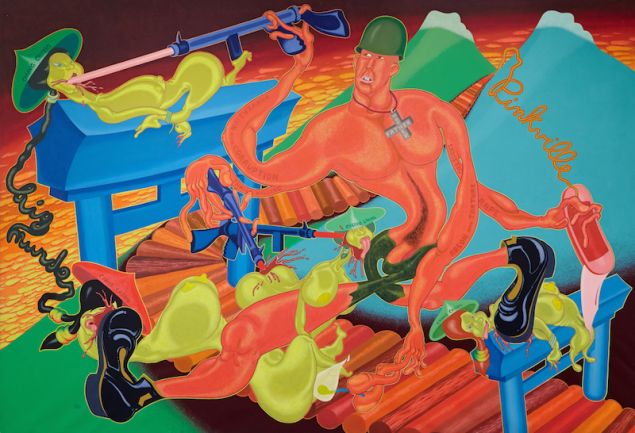 Book Signing: “Peter Saul: Pop to Punk” at Venus
Even before there was Pop Art, Peter Saul was making it. Born in 1934, Saul gave birth to his idiosyncratic style while living in Paris and Rome in the late 1950s and early 1960s. Inspired by MAD magazine, his paintings and works on paper observe American culture and its hypocrisies through a perverse prism, free-associating pop-cultural references with political themes. The works in this book date from 1961 to 1973 and come from the collection of Allan Frumkin, the artist’s original dealer. The monograph also features essays by Venus owner Adam Lindemann and Mr. Frumkin’s son Peter Frumkin, and a conversation between Mr. Saul and the artist Kaws. Here’s your chance to meet the venerable artist, who currently has a solo show at Mary Boone Gallery, and take home a signed copy of the book.
Venus, 980 Madison Avenue, New York, 5-7 p.m. 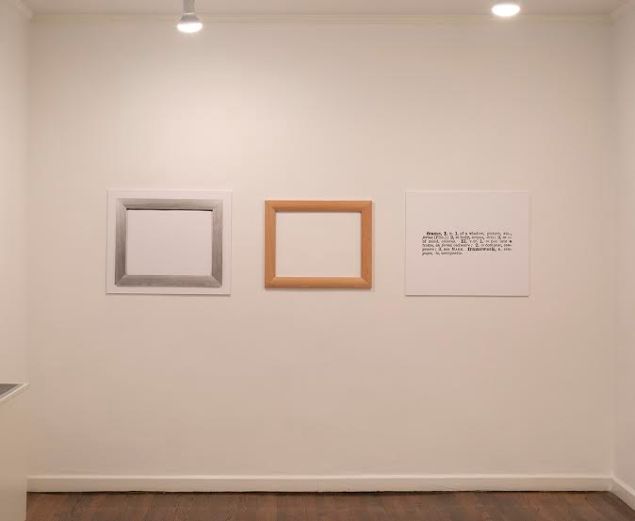 Opening: “Joseph Kosuth: Made at Conception” at Castelli Gallery
An exhibition featuring four works from the 1960s by conceptual artist Joseph Kosuth, “Made at Conception” challenges the idea of what is an original work of art. Two of the works in the show have been made anew, according to the artist’s original instructions. Any Five Foot Sheet of Glass to Lean Against Any Wall, from 1965, has been recreated here with a new piece of glass, while One and Three Frames (English-Latin), also from 1965, contains a frame, a photograph of the frame and the definition of the word frame. The photo has to be taken on the installation wall and the work is newly dated each time it’s presented.
Castelli Gallery, 18 East 77th Street, New York, 10 a.m.-6 p.m. 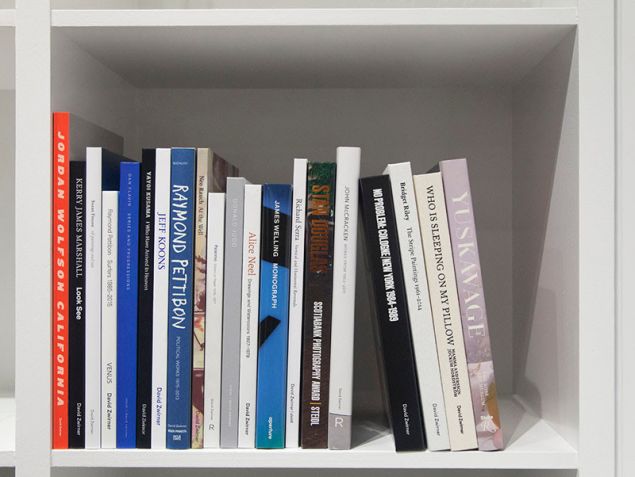 Sale: “Second Annual Holiday Pop-Up Bookstore” at David Zwirner Books
This two-week pop-up shop offers art lovers the opportunity to do discounted holiday shopping at one of NYC’s best galleries, which also has its own publishing wing. New books and editions by Jordan Wolfson, Kerry James Marshall and Lisa Yuskavage (who’s signing copies of her traveling retrospective catalogue on Saturday, December 12) are available along with the gallery’s inventory of mongraphs, posters and zines by its roster of artists at 25 percent off the retail price. Fashion design firm MZ Wallace’s tote bag collaboration with gallery artist Raymond Pettibon, to benefit the New York Public Library, will also be for sale.
David Zwirner Books, 535 West 20 Street, New York, 10 a.m.-6 p.m. 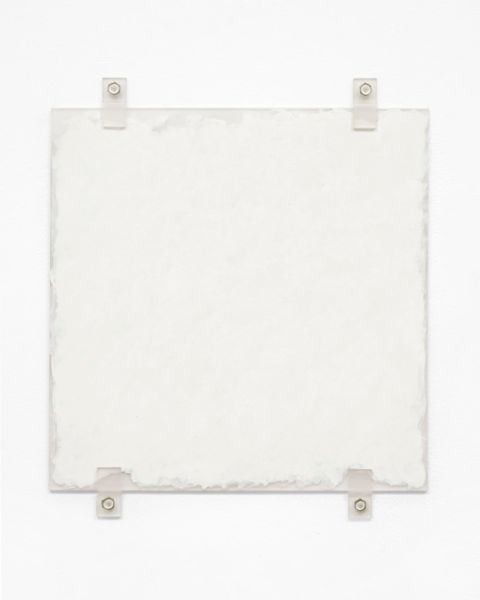 Opening: “Robert Ryman” at the Dia Art Foundation
Best known for his white paintings of expressive brushstrokes, Robert Ryman is being celebrated with a six-decade survey show that covers his ongoing contributions to both Abstract Expressionism and Minimal Art. Taking the Modernist notion of monochromatic painting as a point of departure, Mr. Ryman has also experimented with unconventional materials—such as aluminum, fiberglass, porcelain baked on copper plates and Plexiglas—to simulate his achromatic canvases while extending the very concept of painting. This is the artist’s first New York museum solo exhibition since his 1993 MoMA retrospective.
Dia Art Foundation, 545 West 22 Street, New York, 11 a.m.-6 p.m. 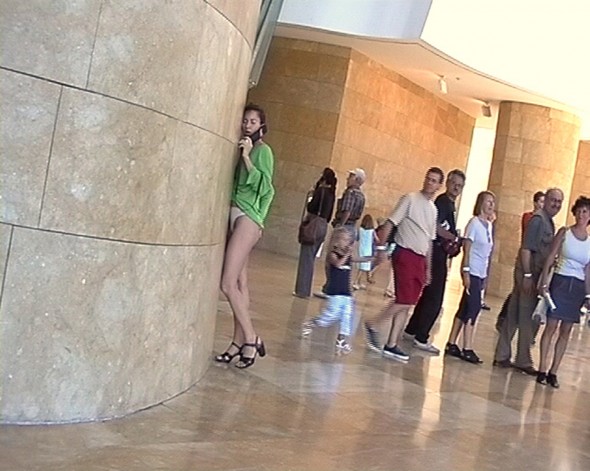 Screening: “An Evening with Andrea Fraser” at Light Industry
A performance artist who deals with cultural critique, Andrea Fraser has been creating witty and poignant museum tours, lectures and reports from exhibitions and biennials for the past 30 years. This screening of five videos includes 1991’s Welcome to the Wadsworth: A Museum Tour, which has Ms. Fraser acting as a tour guide that talks about the museum’s relationship to the community rather than the art in it, and 2001’s Little Frank and His Carp, a spoof on the Guggenheim Bilbao’s audio guide that leads the listener into an orgasmic response to the museum’s architecture. The screening is followed by a conversation between Ms. Fraser and Jeff Preiss, one of her collaborators.
Light Industry, 155 Freeman Street, Brooklyn, 7:30 p.m., $8 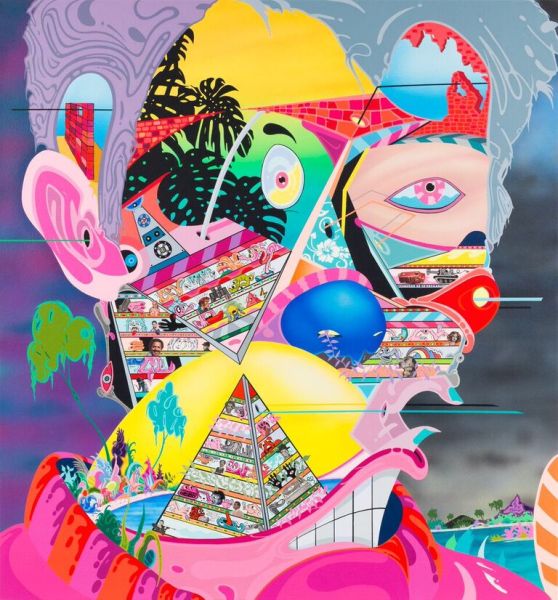 Opening: “Erik Parker: Undertow” at Paul Kasmin Gallery
Returning for his third solo show at the gallery, Erik Parker presents a new series of paintings that revisit motifs from his past 20 years of work. Working with his signature saturated-colors, Mr. Parker references his previous “Maps, Heads, Landscapes and Hydroglyphics,” series while making works that sample popular culture, politics, social media, music and art history. New to this body of work are shaped canvases—including 2015’s Disconnected, which has a pyramid atop a plinth that’s covered in hieroglyphic imagery, and 2015’s Offshore, a tropical landscape in the shape of binoculars lenses.
Paul Kasmin Gallery, 297 Tenth Avenue, New York, 6-8 p.m. 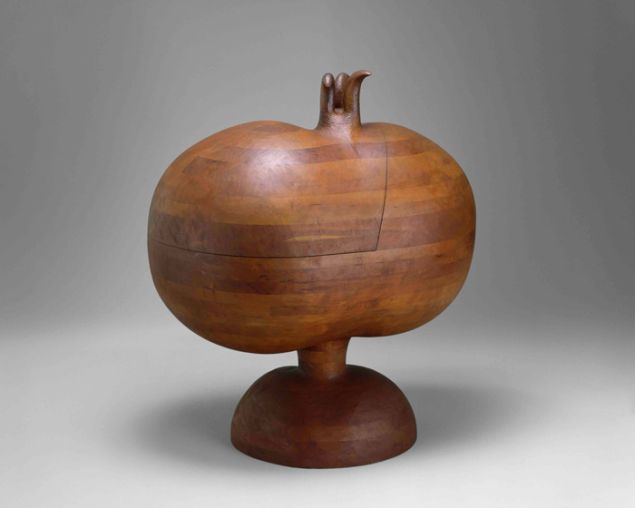 Wendell Castle, Blanket Chest, 1963. (Photo: Courtesy of the Memorial Art Gallery of the University of Rochester and Dirk Bakker/Detroit Institute of Arts)

Talk: “In Conversation: Wendell Castle” at the Museum of Arts and Design
In conjunction with his solo exhibition “Wendell Castle Remastered,” at the museum, the industrial designer and sculptor sits down with MAD Museum Director Glenn Adamson to discuss his six-decade career. Arrive early to see the exhibition, which pairs his groundbreaking works from the 1960s with remastered, digitally crafted versions made via 3-D scanning, 3-D modeling and computer-controlled milling during the past two years. Two new bronzes are also on view outside of the museum at Columbus Circle.
MAD Museum, 2 Columbus Circle, New York, 7 p.m., RSVP required 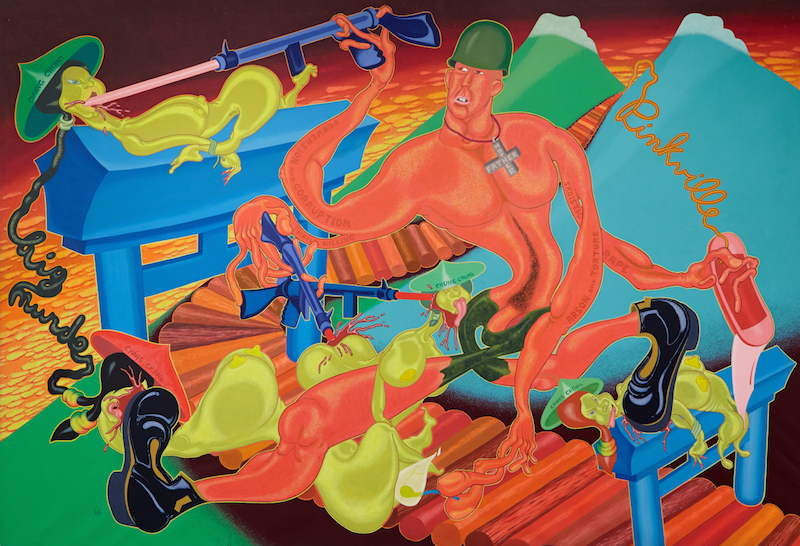