Twenty three people taking part in a rally on the anniversary of the Eric Garner grand jury decision were arrested near Gracie Mansion last night. Exactly one year after the decision not to indict NYPD officer Daniel Pantaleo for the fatal chokehold of Garner in Staten Island, over 60 demonstrators, many with Justice League NYC, demanded Mayor Bill de Blasio to take action. Arrests occurred after a crowd refused to leave the middle of East End Avenue street. One woman arrested shouted to the crowd “Disclaimer, I am not suicidal! If I am arrested and put in jail, I am not suicidal!” as she was taken away by officers. An NYPD spokesperson said those arrested were charged with refusal to disperse and disorderly conduct. (Gothamist)

The National Restaurant Association announced yesterday it’s suing New York City’s Board of Health over a new enforcement that requires many chain restaurants to put sodium warnings for salty menu items. The law—which took effect on Tuesday and is the first of its kind—requires warnings from some concession stands and restaurants with more than 15 locations nationwide for items containing more than 2,300 milligrams of sodium in an attempt to lower health risks. The industry trade organization argues the law is an unfair burden on restaurant owners. (amNY)

A 46-year-old woman returned to New York yesterday after nearly 20-years in a Peruvian prison for terrorist-related charges. Lori Berenson went to Peru in 1994, where she became involved with the Tupac Amaru Revolutionary Movement, a leftist rebel group she denies aiding. She was convicted of “collaborating with terrorism,”  and served 15 years in prison, including solitary confinement. She has spent the past five years living in Lima on parole. Her 6-year-old son Salvatore, who was born in the prison, also returned with her. (Daily News)

Two suspects are being sought for a series of three armed robberies at Midtown jewelry stories that have occurred since September. The most recent hit happened on Wednesday at Madison Jewelers on Broadway and 38th street. Surveillance video emerged of the suspects demanding the most expensive items, taking $500,000 worth according to police. The two other locations the suspects robbed, police say, are Jewelry Patch on 7th Avenue in September and Kenjo Jewelry Store on West 57th Street in October. (CBS)

All your cheesy needs are sure to be met in Flushing on Saturday, at the The Great Northeast Cheese Fest. The massive cheese event will feature unlimited samples from artisanal creameries of the region, hands-on demonstrations and showcased delicacies from renowned chefs, including Alfonso Zhicay and Will Horowitz. There’s a $60 general admission and $150 VIP tickets for exclusive access to demonstrations and discussions. (DNAinfo) 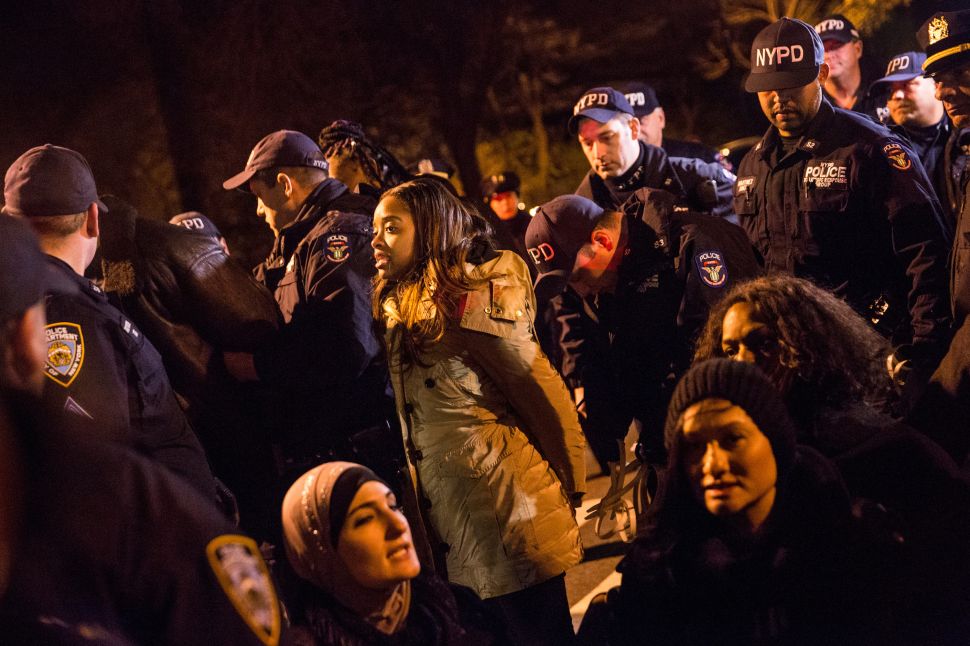