A bicycle safety task force may soon be part of the New York City Council’s efforts to help prevent pedestrian-cyclist crashes, and to monitor bike lanes and electric motors on retrofitted bikes. The council will be considering the creation of the task force on Wednesday during a hearing. Councilwoman Rosie Mendez introduced the idea on behalf of Manhattan borough president Gale Brewer because of complaints from citizens. Matt Viggiano, the director of land use for Councilwoman Mendez’s office, said that “We have a lot of seniors who have called our office with complaints when cyclists don’t follow the rules of the road, and present dangerous conditions for pedestrians.” The legislation would incorporate every borough and include ten public hearings on the topic of bike issues around the city over a two year period. The City Council will also listen to a bill proposing that the Department of Transportation keep a record of bike-related deaths. (am New York)

A 22-year-old college student was shot after trying to sell hoverboards to a buyer from Craigslist. Police arrested and charged 30-year-old Raheem Adamson with robbery in the case, but have yet to find the gunman. The student and a friend wanted to sell five hoverboards for $1,500. They went to meet the supposed buyer at a building on 138th Street in Harlem, and discovered that the buyer had brought four other friends with him. After flashing $500, the group said they wanted to test the hoverboards but then ran off. Two of the men returned to shoot the seller. (Daily News)

Mayor Bill de Blasio has weighed in on Herald Square’s panhandling Santa Claus, and he says that the St. Nick isn’t doing anything illegal. “Any violations of law will be dealt with by NYPD very aggressively,” he said. The bad Santa began soliciting money from passerby on Sunday outside of Macy’s in Herald Square. Law enforcement sources are not as forgiving as Mr. de Blasio, however, and reportedly said that if the Santa Claus impostor is spotted outside of the 34th street location again, he will be arrested. (New York Post)

Graffiti artist VEW has started a propaganda war against ISIS. He painted a Star Wars themed piece in the unused Bowery subway station where the NYPD performed a publicized counterterrorism drill last week. The mural showcases a cartoon Jedi wielding a green lightsaber, accompanied by the words “Fuck ISIS.” VEW said that “It’s a propaganda war and our side needs to step up its game.” The creation of the subway art was documented in a video. MTA spokesperson Adam Lisberg told Gothamist that he was “just glad the evidence was documented so it can be used against the perpetrator in court.” The mural was still up as of Tuesday morning. (Gothamist)

Three male suspects are wanted for debit card skimming. The men installed devices in gas stations in Queens to rip off debit card information. They created fake cards and stole more than $50,000 from 39 card accounts between June 21 and September 23. Cameras outside of ATM machines captured the three men using the fake cards. The incidents occurred in Flushing and Bayside. (Daily News) 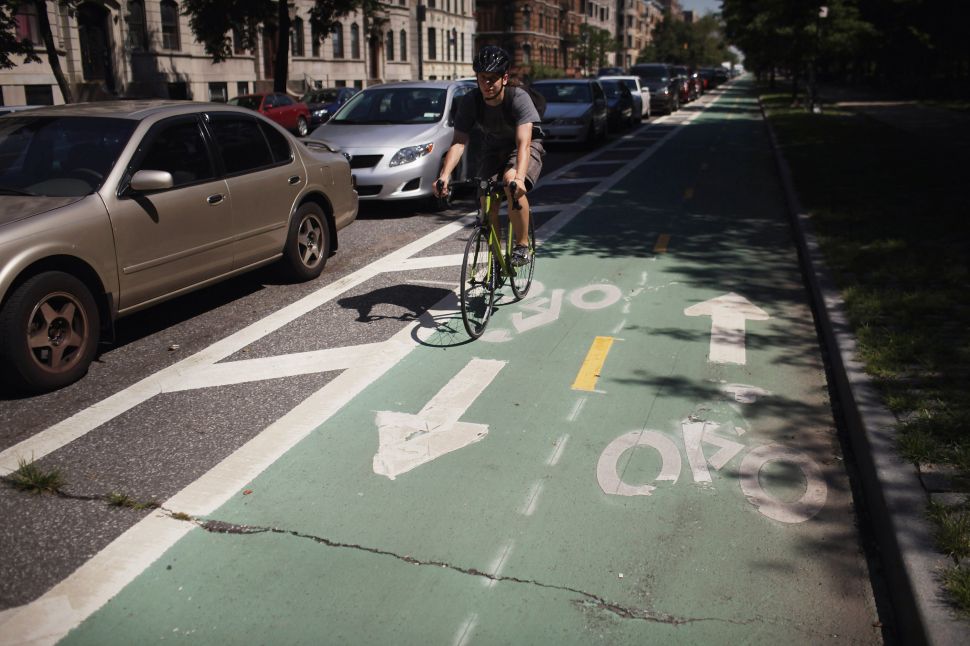