New NYPD crime statistics have revealed 513 assaults and robberies, from October 2014 to September 2015, occurred in city parks, in addition to 21 rapes and murders and 439 lesser crimes. Initially reported by A Walk in the Park, Central Park had the highest number of total major crimes, with 79 committed during this year—other parks with high total crime rates include Queens Flushing Meadows Corona Park with 48, Manhattan Riverside Park with 42 and Brooklyn Prospect Park with 25. Three rapes have been reported in Central Park during 2015, compared to none in 2014, and robbery is up 20 percent, but grand larcenies are down about 72 percent. The Parks Department argues that despite these statistics, crime is not up in city parks and overall crime decreased 11.1 percent in 31 of the city’s largest parks in 2014. (Gothamist)

A massive fire tore through multiple row houses and displaced dozens of residents in the Bronx last night. The six-alarm blaze broke out right before midnight on Valentine Avenue and East 180th Street, and quickly spread to seven other buildings with two and three stories. It took about three hours for 200 firefighters to contain it, and six firefighters and three civilians were treated for injuries. According to a department official, 89 people have been displaced and officials are currently investigating the cause of the fire. The Red Cross says 40 residents have registered for assistance and a reception center at the Salvation Army at 2121 Washington Avenue has also opened for displaced families. (CBS)

Subway riders have paid the MTA almost $70,000 in counterfeit money over the past three years, according to new transit data. More than 3,300 fake bills were given to station agents and MetroCard vending machines, with most of them taken by station agents who use a special pen plus a list of serial numbers to check for counterfeits. However, the task is time consuming for agents and if counterfeits go undetected they are at risk of having having the money taken out of paychecks. The MTA and union launched a pilot program in 2013 that uses counterfeit-detecting machines, but the union says the process is currently costlier than fake bills.  (amNY)

NYCHA filed a lawsuit against its insurers Wednesday, claiming the companies failed to provide millions worth of funds to repair damages from Hurricane Sandy. NYCHA officials say the hurricane cost the agency $3 billion in damages when it hit more than three years ago, leaving 80,000 tenants without power, heat and hot for weeks—along with ruined boilers and electrical systems. The housing authority secured $3 billion from the Federal Emergency Management Administration, however FEMA won’t pay for anything that’s covered by insurance. So far the insurers have provided a total of $242 million. (Daily News)

Operators of Pier 76 in Hudson River are looking for a creative tenant to lease the space that’s located a few blocks from the newly opened 34th street 7 train station. A Request for Proposals  was put out Monday by the Hudson River Park Trust  for a company to lease the 6,000-square-foot tented structure with an 18,506-square-foot area on the ground and second-floor levels, along with a 13,091-square-foot parking and loading area. The space is not permitted to be occupied by a bar, restaurant or event venue, and tenants are temporary under a five-year lease with a pair of two-year extensions. The Hudson River Park Trust are receiving proposals until January 13, 2016. (DNAinfo) 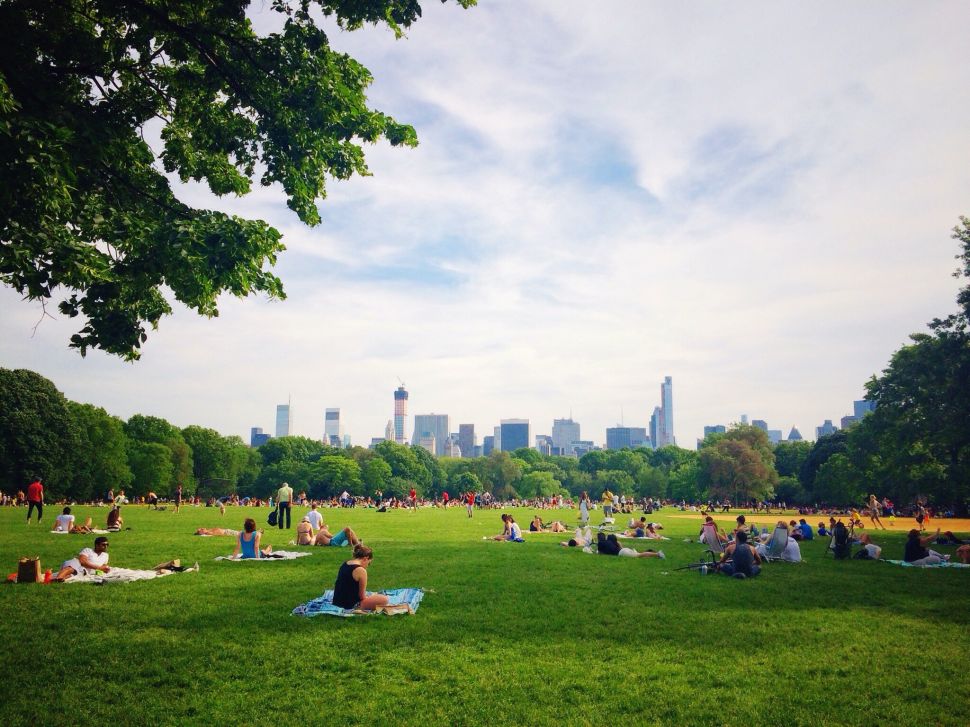