New York City received the same bomb threat that shut down more than 900 Los Angeles schools on Tuesday, but Police Commissioner Bill Bratton said the NYPD deemed the threat a “hoax.”  “We affirm that we do have an investigation underway, but it’s an investigation into a hoax,” Mr. Bratton said. “We do believe the email originated overseas. The language in the email would lead us to believe that it was not a jihadist. For example, Allah was not spelled with a capital ‘A.'” The commissioner also said that the email looked as though it had been sent to multiple addresses at the same time. Mayor Bill de Blasio said that classes in New York City would remain in session. An investigation is underway, however, and the NYPD will be working with the FBI, authorities in Los Angeles, and the Joint Terrorism Task Force. (DNAinfo)

Mayor de Blasio plans to shut down three Brooklyn public schools by the end of the school year because of poor test scores and low enrollment rates. The Bed-Stuy schools include Peace Academy Middle School, Foundations Academy High School and the School for the Urban Environment, a middle school. Together the schools enroll 214 students. Foundations Academy had a graduation rate of only 22 percent. The mayor has been reluctant to close any schools before giving them money for resources, hence the decision to close the three middle and high schools came as a shock. Brooklyn College and CUNY Graduate Center professor David C. Bloomfield said that “It’s a big departure because it’s so precipitous. He (Mayor de Blasio) said this would only be a last resort, and that case hasn’t yet been made.” (The New York Times)

A StreetEasy news release on Tuesday said that housing demand in Queens will increase next year. Because of its affordability and access to subways, Jamaica will be the new hot spot. The release also said that the median rent price will grow 3.2 percent overall in New York City in 2016, and that Brooklyn will remain the most expensive borough, with rent bills sucking up two-thirds of household income. Alan Lightfeldt, a StreetEasy data scientist said, “Relatively lower prices, easy access to large job centers in midtown Manhattan and Long Island City and more living space will pull more New York buyers and renters towards Queens in 2016.” (am New York)

Protesters were arrested on Monday night after police accused them of attempting to climb the Rockefeller Center Christmas tree. Around 8 PM, police handcuffed five protesters near Fifth Avenue. The arrests for the (almost) tree climbers happened in the midst of a protest over the death of Laquan McDonald, a Chicago teen who was shot dead by a police officer. (NBC New York)

Open Source, a nonprofit gallery in Brooklyn, is hosting a soup kitchen every night in December. At 7 PM, a chef will prepare dinner for 15 to 20 people and is also encouraged to make a piece of artwork alongside the meal. The nightly meals have already attracted both homeless and non-homeless guests. One night, a percussionist served veggie curry and led a drum circle, and conversations have ranged from New York’s homeless problem to Syrian refugees. “It’s really like a performance piece,” gallery owner Monika Wurher said. “All these people come together, there are all these conversations that happen…The food is always good and very often there’s really great art.” Open Source Gallery is on 17th Street and Sixth Avenue in Brooklyn. (DNAinfo) 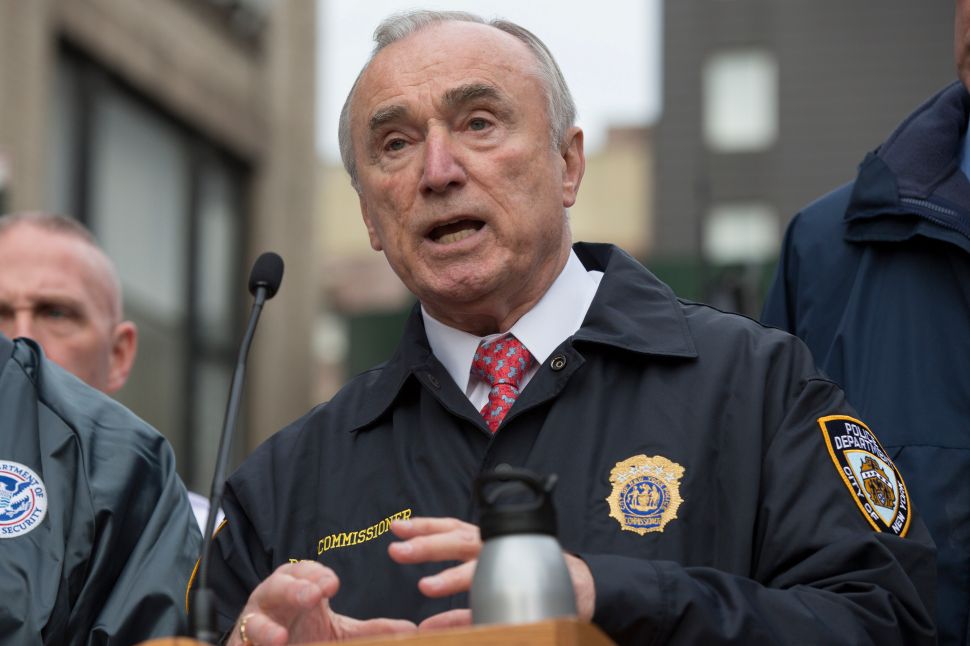