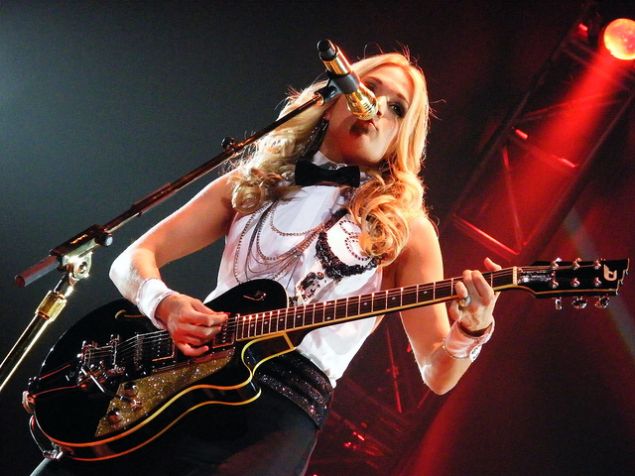 Among the items that are part of Amazon Music’s giveaway week is a guitar signed by Carrie Underwood. (Photo: Flickr Creative Commons)

Still looking for the perfect Christmas gift for the music lover in your life? Amazon’s got you covered.

This week the site is giving away over 50 pieces of autographed memorabilia, along with tech like Amazon Echo and vinyl turntables. Any legal U.S. resident over the age of 18 can enter to win these free items—the only catch is that you have to opt-in to Amazon marketing emails.

The Echo is part of the first set of giveaways, which also includes a guitar autographed by AC/DC’s Angus Young. Users can also enter to win CDs of One Direction’s Made in the A.M. signed by the band, and anyone who can’t wait for Lin-Manuel Miranda’s song in Star Wars can enter to win signed copies of the Hamilton soundtrack.

Tomorrow users have the chance to win a guitar signed by Alan Jackson or vinyl signed by Kacey Musgraves. But Tuesday’s coolest contest is the Gift of Vinyl giveaway, in which you can enter for a chance to win a vinyl record every 30 minutes.

Wednesday’s autographed offerings, from bands like Owl City and Hillsong, are somewhat disappointing, but Amazon again makes up for it with a gadget giveaway—in this case, a Crosley C100 turntable, along with a copy of the Beatles’ 1.

The autographed CD options on Thursday are also a little sparse—they include the latest from Enya and Seal. But things finish on a high note Friday, when Amazon gives away guitars signed by Carrie Underwood and Jeff Lynne, vinyl autographed by Lana Del Rey and signed copies of Sara Bareilles’ book Sounds Like Me.

The free items featured in this giveaway are a lot more enticing than the items that were merely discounted on “Prime Day” back in July. Kudos to Amazon for finally figuring out that Hamilton is more in demand than lime green headphones.

Full info on the music giveaways can be found here. 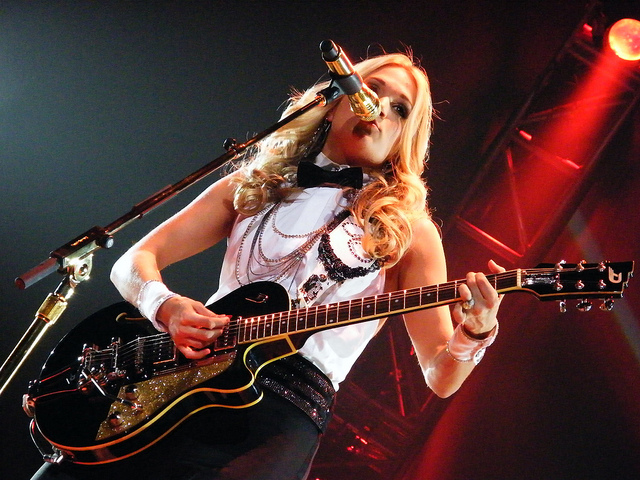