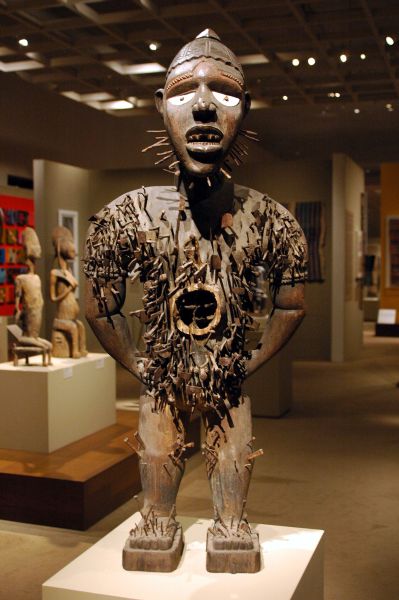 It would be nice if divorce were as easy as hammering a nail.

And, as the Metropolitan Museum of Art’s current blockbuster “Kongo: Power and Majesty,” illustrates, in at least one culture it used to be.

Among the thing that makes the show (open through January 3) special is that, in a stunning single-gallery installation, the museum has united 15 N’kisi Nkondi  Mangaaka’s, or “magical power figures” from the region, statues believed to protect the people and the land during the brutal colonial era. The examples are on loan from several countries as well as from American institutions in Dallas and Detroit.

The almost life-size carvings (pronounced n-key-see n-con-dee), in wood dotted with metal, were something of the spiritual army of the region, lining the African riverbanks. 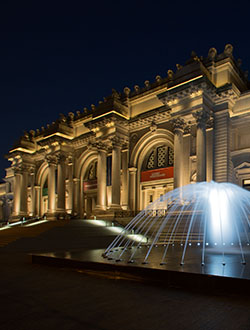 But one aspect of them always draws attention, notes curator Alisa LaGamma. It was custom for a ritual priest to nail into a figure a bit of metal—a nail, a screw, a blade, a bit of gun—as a “record of each contract solved” in each town. Sometimes it was wrapped in hair, adding a personal touch.

These nails or metal shards represented land exchanges, treaties and trades, but most personally would be used to dissolve a marriage. More than just a record-keeping voodoo doll, these figures were considered to be judges themselves, able to make wishes into law. So, when the nail was hammered, the divorce was official and the matter settled. “Those parties understood that this abstract force of law was witness to their honoring their agreement,” said Ms. LaGamma.

As European traders moved further into the region, many of these figures were seized or destroyed, but of the 20 believed remaining, the Met has 15 on view.

The works united are “electrifying,” noted Thomas Campbell, the museum director, at the exhibition’s opening, and make for a “stunning installation.” 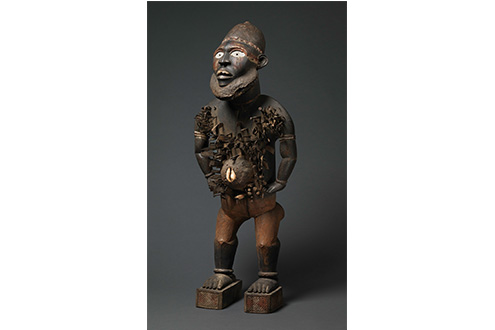 An artwork from “Kongo: Power and Majesty” 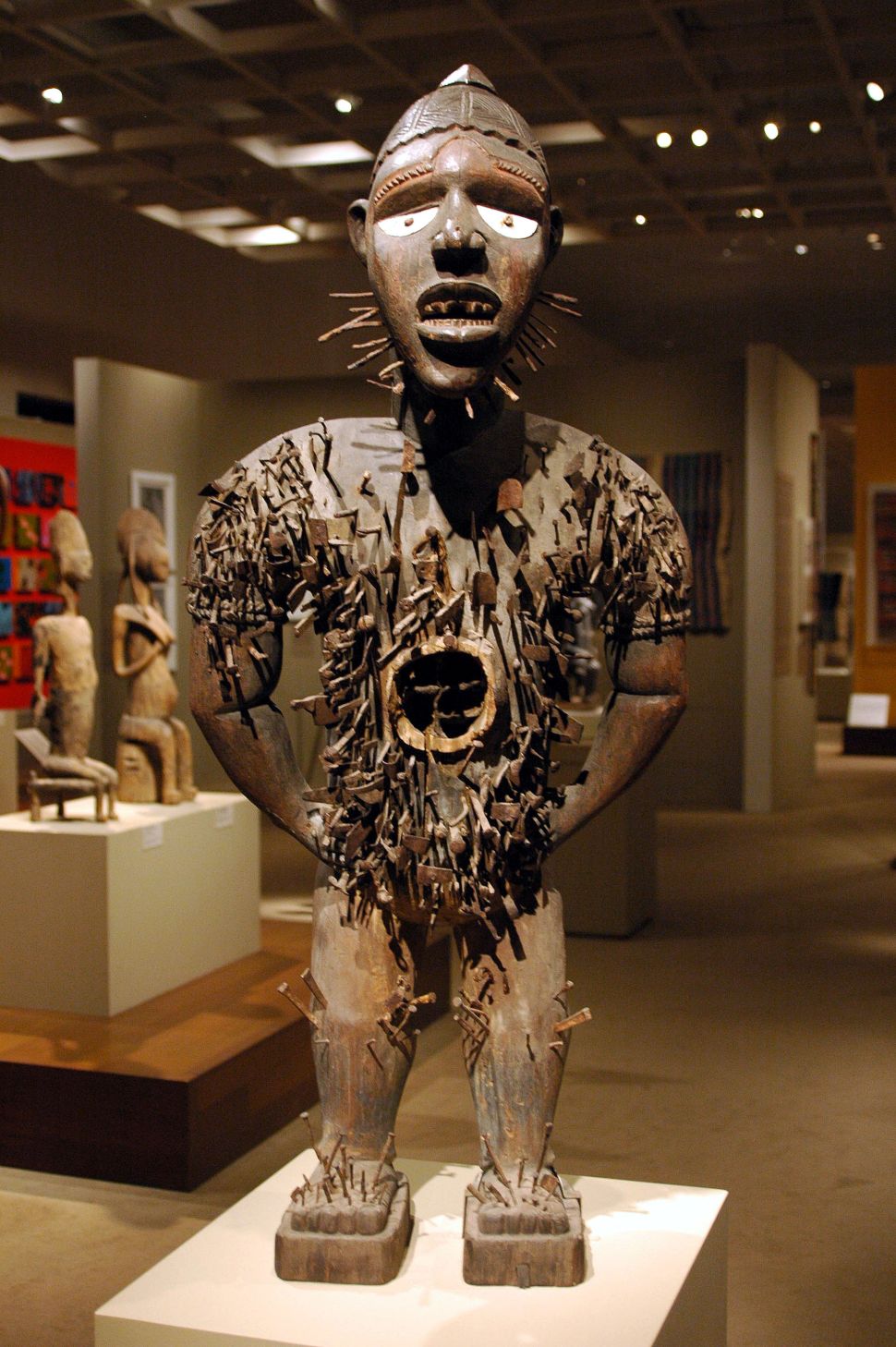