With the city’s homeless population continuing to grow, Mayor Bill de Blasio announced today Commissioner of Homeless Services Gilbert Taylor will step down and that his administration will undertake a “comprehensive review” of the agency.

“We have to evaluate whether the current structures make sense,” Mr. de Blasio said at a media briefing in the City Hall rotunda this afternoon, noting repeatedly that the current structure of the city’s services for the indigent, split largely between the Department of Homeless Services and the Human Resources Agency, dates back two decades.

Mr. Taylor is pursuing other opportunities, according to the mayor’s office, but has not taken a new job yet—he will transition to City Hall to serve in “an advisory role” during the re-organization effort. The commissioner of the HRA, Steven Banks, will lead the Department of Homeless Services in the meantime, and will oversee a review that will take no longer than 90 days with First Deputy Mayor Tony Shorris, Mr. de Blasio said.

Asked repeatedly whether Mr. Taylor had been encouraged by the administration to leave his post as commissioner, Mr. de Blasio said that Mr. Taylor had discussed “his desire to seek other opportunities” with Mr. Shorris “over the last few weeks.” Mr. de Blasio said the two-year mark is a “normal inflection point” at which someone might want to depart, but he never quite said whether Mr. Shorris or anyone else in the administration encouraged Mr. Taylor to leave.

“It connected with the fact that we had all been talking about some of the changes and true reorganization we had to consider,” Mr. de Blasio said.

Mr. Taylor was meeting with elected officials—and discussing longer-term plans to address homelessness—as recently as yesterday. He testified at a hearing before the City Council, which many members skipped for an anti-Donald Trump rally, last week, when he was unable to provide a number for how many homeless people were on the streets of New York City.

Mr. Taylor is the second high-profile member of the administration tasked with reducing homelessness to depart City Hall: earlier this year Deputy Mayor Lilliam Barrios-Paoli, who oversaw health and human services, abruptly left her post and has yet to be replaced.

“What we do is in this administration, we’re very careful and we’re very choosy in who we bring in for key senior roles,” Mr. de Blasio told the Observer about Ms. Barrios-Paoli’s former spot. “Right now here’s a national search underway to fill that deputy mayor position.”

Now a search will begin to fill the homeless commissioner position as well, he said—though one option on the table in the review would be to combine the department with the Human Resources Agency headed by Mr. Banks, though the mayor said he suspected they would remain separate.

The mayor praised Mr. Taylor’s work in moving 22,000 New Yorkers out of shelters and into homes. But those people have been replaced just as quickly as they have left, with shelter populations swelling to more than 60,000, according to the Coalition for the Homeless. The mayor said the problem is no longer predominantly one of the mentally ill or substance abusers, but of families on the economic brink who are pushed out of their homes.

He said his administration has tools to help—supportive housing, programs to help families facing eviction before they become homeless, an effort to create more affordable housing—but that some will take time. He also pointed to state funding for rental assistance programs that had been cut in the past.

The issue has become yet another battleground between Mr. de Blasio and Gov. Andrew Cuomo, who has said the mayor is not properly managing the homeless problem and has promised to step in, with details to come in his State of the State address early next year.

Prior to leading the department, Mr. Taylor had been executive deputy commissioner at the Administration for Children’s Services—another agency that has seen its share of scrutiny. 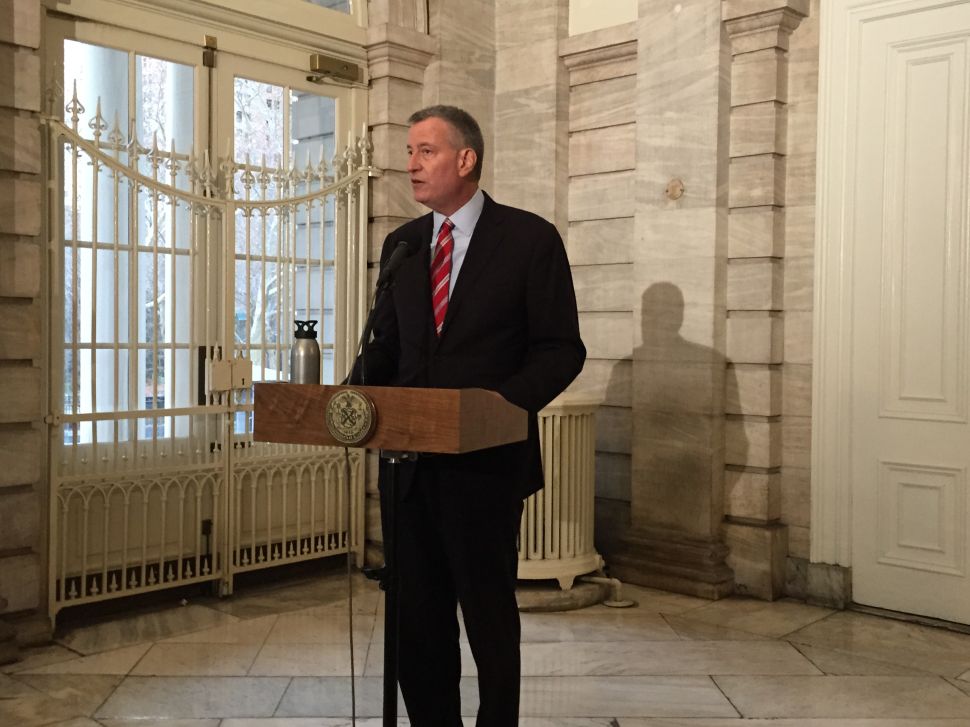