Caputo voted to release the bill.

A bill that could potentially ban all tourist helicopter flights in New Jersey on grounds of public health a safety concerns cleared the Assembly Tourism and Gaming Committee Thursday.

The bill—sponsored by Assembly Democrats Speaker Vincent Prieto, Angelica Jimenez, Raj Mukherji and Carmelo Garcia—is aimed at barring the Commissioner of Transportation from allowing helicopter flights in the state with a particular focus on flights over the Hudson River, though it would impact aviation facilities statewide.

At the assembly hearing, the New Jersey Sierra Club’s Jeff Tittle and residents from the Hudson River area spoke in favor of the prohibition, citing noise pollution, studies that link that noise to health concerns for adults and children and quality of life issues.

“All these helicopter tours cause a lot of environmental problems,” Tittle said. “There is noise pollution not only for the people on the river but it is a migratory bird area. We believe that New Jersey has enough environmental problems. We don’t need these helicopters. The Hudson River is a beautiful area for all of us with so much economic vitality and this undermines the growth.”

Deputy Director of the Helicopter Tourism and Jobs Council Sam Goldstein opposed the ban the bill would impose if passed. He cited the jobs created by the industry—which he numbered at 300 directly employed as well as supporting jobs created by the need to service and house helicopters—as a reason the flights should be allowed to continue.

“We appreciate the concerns behind this legislation,” Goldstein said. “We have a meaningful track record of making changes to meet concerns.”

Goldstein mentioned that the coalition was formed 16 months ago in response to issues and, since forming, a number of steps like a set number of hours for flight time and higher flying altitudes have been imposed to meet the concerns of residents who live near helicopter flight paths. He said they were willing to take more steps in the future. He also stated that flight groups employ a significant number of veterans.

While Singleton voted yes to the release, he said he did so out of his “immense respect for the Speaker.” According to Singleton, “there are many steps to be taken ahead of” the legislation being finalized. He said that more information was needed as the process proceeded and would need to be considered especially if new steps to mitigate the effects of the helicopter noise were taken by the flight groups.

The New Jersey Aviation Association and the Mid-Atlantic Aviation Coalition also sent representatives in opposition to the ban.

While the bill was created to take aim at the New York City sightseeing flights, it would also shutdown helicopter tours in Western New Jersey and the Jersey Shore region where they are also often conducted.

Last month, the New York City council mulled a similar ban. They have yet to vote on the legislation. 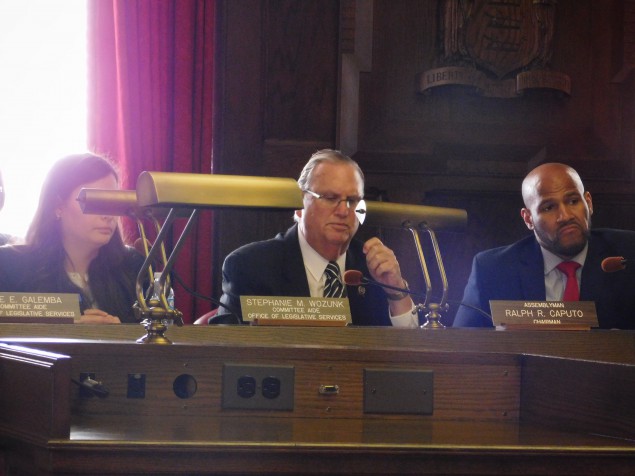