Sen. Bernie Sanders may be slipping in a head-to-head match-up with Hillary Clinton, his top presidential rival, but he still crowed plenty about the latest Quinnipiac University poll.

The campaign manager for Mr. Sanders, who has said he has little interest in public opinion polls, argued the latest poll demonstrated the “remarkable strength” of Mr. Sanders, a Vermont independent, because it showed him leading four top GOP contenders in theoretical head-to-head showdowns.

“The survey demonstrated Sanders’ remarkable strength as a general election candidate based on his enormous popularity among young voters, his standing as the most trusted candidate and his strength with independents,” said Jeff Weaver, Mr. Sanders’ campaign manager. “This is the latest evidence that Bernie is the most electable candidate the Democrats could nominate.”

Though Mr. Sanders initially surged in the polls and has established himself as Ms. Clinton’s most formidable challenger in Iowa and New Hampshire, two crucial early voting states, he continues to face questions from Democrats, pundits and the media about his electability in a general election. Mr. Sanders’ road to the nomination is already daunting because Ms. Clinton has secured the lion’s share of endorsements and support from delegates, and some Democrats fret that Mr. Sanders, who is a self-described democratic socialist and would be the oldest president ever, can’t beat a strong Republican opponent.

This poll, at least, lends credence to the argument that a Democratic nominee, even one as far left as Mr. Sanders, will have a fighting chance. With an increasingly polarized electorate and the nature of presidential races becoming toss-up affairs, landslides on either side are less likely, election forecasters argue.

“Some voters still don’t know Bernie as well as Secretary Clinton, but the more they know him the better they like him,” Mr. Weaver said. “Bernie is generating the kind of excitement and enthusiasm needed for Democrats to retain the White House and elect more Democrats in Congress and state capitals.” 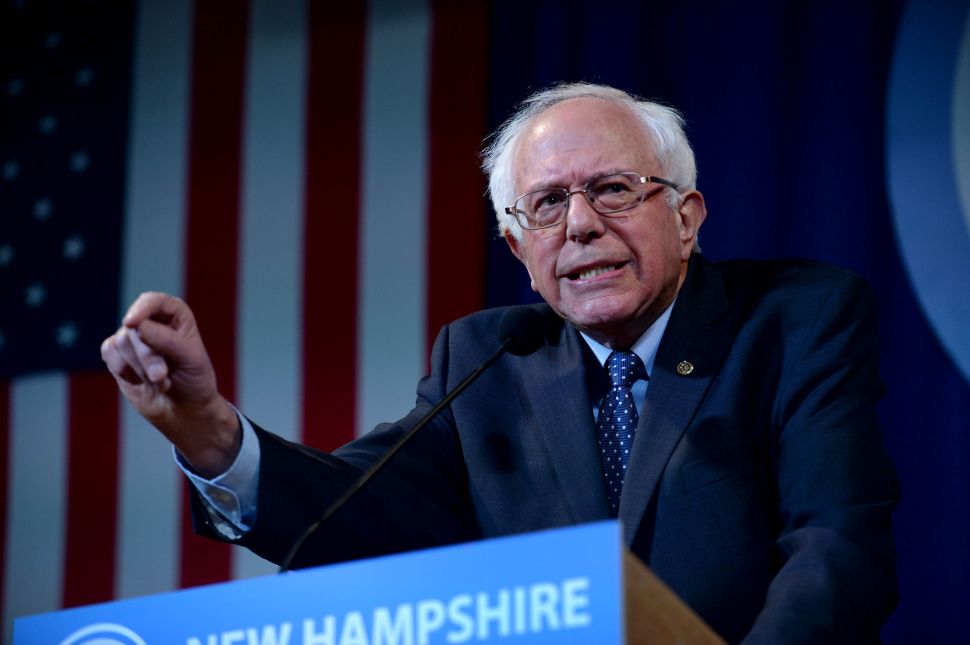