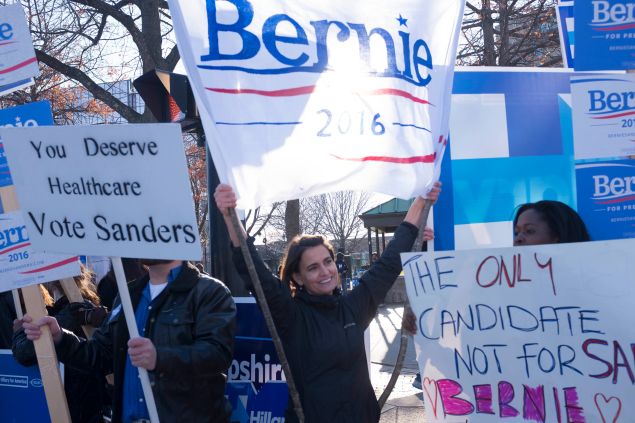 Doesn’t the long subtitle of this column tell the story?

A new poll of New Hampshire voters released on Wednesday by CNN/WMUR found Senator Bernie Sanders leading former Secretary of State by a double digit margin of 50 percent to 40 percent.

Individual polls come and go but New Hampshire voters have a long and storied history of confounding experts, ignoring pundits and sending big and powerful messages that they want America to hear.

In a matter of weeks, New Hampshire voters will tell the nation they are fed up with bank ripoffs, Wall Street windfall profits, rising health care costs, stagnant wages, unfair economics, a perpetually rigged political system and media elites who are out of touch with the hopes and dreams of real Americans.

New Hampshire voters will prove their independence from the outside experts who tell them what to do, and will give Mr. Sanders a shocking victory that will be heard across the nation—whether the insiders and elites like it or not… and they won’t like it!

I can even make a case that supporters of Ms. Clinton should vote for Mr. Sanders on primary day.

Following my last column criticizing Time for including Donald Trump and neglecting Bernie Sanders in its finalists for ‘Person of the Year’, I received a number of heartfelt emails from Sanders supporters thanking me for making their case. I greatly appreciated all of them, especially one from a woman named Sarah, who wrote—correctly—that there is a media blackout against Mr. Sanders. I can only speak for myself, but I am one mainstream media columnist boycotting the blackout because Mr. Sanders and his supporters have important things to say that deserve to be heard.

Sanders supporters should be laughing at the way ‘Person of the Year’ played out. First, Time took a pass on naming Mr. Trump as its person of the year and chose German Chancellor Angela Merkel instead. Then, Mr. Trump complained that Time was being unfair by not choosing him. Then Time, proving that not all juveniles are under age 18, retaliated by releasing a video of a bird that did not like Mr. Trump’s hair.

While a magazine that used to be great jousted with the Republican frontrunner about the injustice of awarding prizes and the great issue of a bird not liking a hairstyle, Mr. Sanders—the conscience of the Democratic Party—was condemning the injustice of the death of one more black American by one more trigger-happy policeman in Chicago.

Yes, there is a media blackout of Mr. Sanders, but in the end, it doesn’t matter.

He has ideas that matter and a lot of people who believe in those ideas—whether the experts, pundits and insiders get it or not.

There is a media blackout by television companies owned by corporate behemoths Disney, Comcast, Time Warner and Rupert Murdoch’s News Corps. This is not surprising. They are so desperate for ratings they hang on every word of Mr. Trump and are so hostile to the challenge against economic unfairness Mr. Sanders leads that they would not give him a fair dose of air time if a hundred birds were pulling out every strand of Mr. Sanders’ hair because he would use the moment to advocate breaking up Wall Street, giving students a free public college education, and creating a Medicare for all healthcare system!!!

If New Hampshire voters are fed up with the political corruption in Washington, and the domination of Super-PACs and insider lobbyists, the best way for them to express this—by far—is to vote for Mr. Sanders on primary day.

If young people in New Hampshire and their moms and dads don’t want to spend the rest of their lives enduring huge debt burdens to pay the overpriced cost of college education, the best way to express this—by far—is to vote for Mr. Sanders on primary day.

If senior citizens in New Hampshire are appalled their social security payments are so low and will not rise in 2016 because there will be no cost of living increase, the best way to express this is to vote in the primary for the only candidate who is fighting to change this: Mr. Sanders.

If voters in New Hampshire are fed up with insurance premiums that keep rising, and drug prices that never stop going up—they can send shock waves to every lobbyist for insurance companies and Big Pharma in Washington, if they wake up on the morning after the primary to see a smiling Mr. Sanders and his cheering supporters celebrating his victory.

Mr. Sanders will win the New Hampshire primary because he has something that Super PAC’s can’t buy and corporate media can’t black out. He has ideas that matter and a lot of people who believe in those ideas—whether the experts, pundits and insiders get it or not. 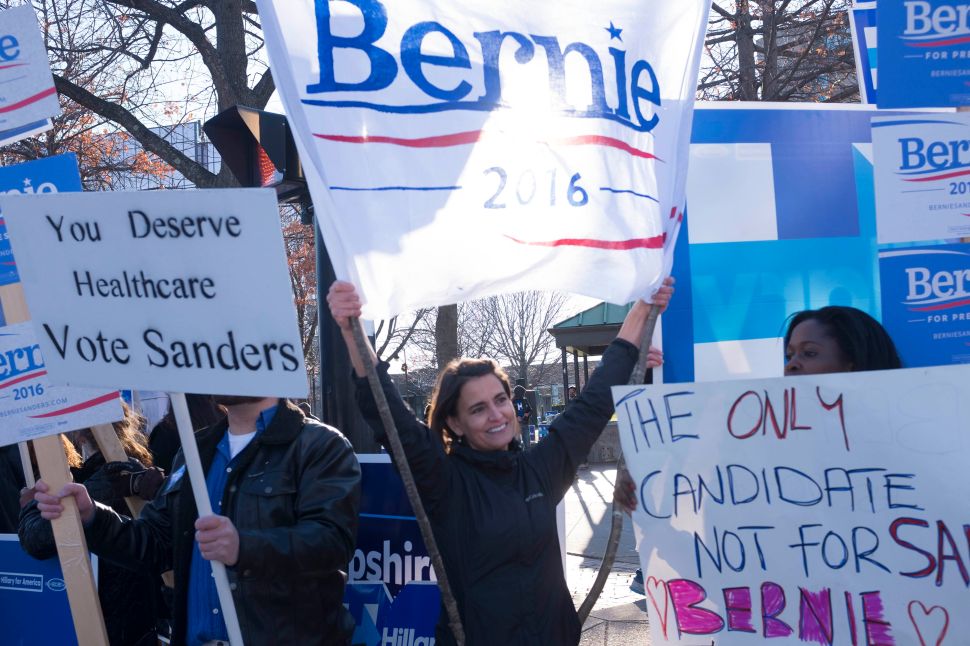