The moral hazards of journalism used to seem clearer. There were a fundamental few: that advertisers would sway coverage with their business; that the powerful would influence owners with their clout or journalists by limiting the access they prize; that reporters and editors would be blinded by their own worldview and wishes.

Now, as the business of news struggles for new business models or saviors, the hazards grow more numerous and complex for all, from blunt challenges for the Las Vegas Review-Journal to more subtle and thus dangerous ones for The New York Times to sneaky problems for everyone.

There is the problem of native advertising: We take our fundamental skill in media—storytelling, or presenting facts in narrative—and sell that to our advertisers, potentially if not purposefully fooling the people we serve into confusing our content with advertisers’, thus eroding our trust (yet further) and eating our seed corn.

Who would have guessed that the post-television election era would be dominated not by a movement—a la Occupy Wall Street—but instead by a TV showman?

There is the peril of clickbait: So long as we in media simply sell the mass—tons of eyeballs—to advertisers, then we are tempted to suck up more traffic with sucky content about cats and Kardashians. Ultimately, of course, the public realizes they’ve been had, coming to content that was not worth the price of a click, and they won’t return. More seed corn gone.

The lust for traffic for traffic’s sake is having an impact in this election season. This is the time when local TV stations—especially in early primary states—make their fortune with political commercials; elections are their Black Fridays.

But note the Trump Paradox: On the one hand, Donald Trump is not spending money on television advertising because he built his notoriety on the back of business and network TV and then leveraged it for free on Twitter. Howard Dean campaign runner Joe Trippi famously predicted in a book title that The Revolution Will Not Be Televised but who would have guessed that the post-television election era would be dominated not by a movement—a la Occupy Wall Street—but instead by a TV showman?

Mr. Trump’s showmanship still means record viewership and therein lies the moral hazard for network TV: See how CBS CEO Les Moonves egged on Mr. Trump to be yet more outrageous, if one can only imagine that: “Go Donald! Keep getting out there!” Mr. Moonves said to investors. “We’re looking forward to a very exciting political year in ’16.”

That brings us to the moral hazard of media ownership. Note now that this newspaper is owned by Mr. Trump’s son-in-law, Jared Kushner, husband of Ivanka Trump (and, I should add, Mr. Kushner was—and the paper’s current editor Ken Kurson is—on the advisory council of the journalism school where I teach… conflicts abound in our small world). I must confess that I have wondered how I could act as a media columnist in this time and this place without writing about Mr. Trump and without revealing that I disdain his antics, attitude, and candidacy (and, for full disclosure, that I support Hillary Clinton, for whom my son is now working… yet more conflicts). As I write this, I don’t know how this paragraph and my tenure here will fare.

The moral of this story for those who dream of white knights to rescue newspapers from the messy necessities of capitalism are clear: ownership can bring more conflicts than profitability.

But all those conflicts and moral hazards are mere child’s play next to what the newsroom at the Las Vegas Review-Journal has been enduring as their paper was bought by a mysterious owner who was revealed by the diligence of the paper’s own journalists to be—in their words—“billionaire casino magnate and Republican Party megadonor” Sheldon Adelson. To their immense credit, the paper’s journalists reported on Mr. Adelson’s takeover and on the pressure they were immediately put under to curry favor to his interests and they published a stirring, front-page editorial promising Las Vegas that they will remember whom they serve: the public, not the owner. They wrote:

“Having a casino magnate and the state’s biggest political contributors control Nevada’s largest media outlet is an ethical challenge. But every newspaper company in the country has conflicts of interest…. You can be assured that if the Adelsons attempt to skew coverage, by ordering some stories covered and others killed or watered down, the Review-Journal‘s editors and reporters will fight it. How can you be sure? One way is to look at how we covered the secrecy surrounding the newspaper’s sale. We dug in. We refused to stand down. We will fight for your trust. Every. Single. Day.”

Only days after publishing that assurance, the paper’s editor, Mike Hengel, announced his departure.

The hazard and how to avoid it in this case are quite clear. And the moral of this story for those who dream of white knights to rescue newspapers from the messy necessities of capitalism are also clear: ownership can bring more conflicts than profitability.

Is there any rescue? Now that the majority of The New York Times’ revenue comes from its readers instead of its advertisers, some might argue that would free the paper from the shackles and shadows of conflict: It serves the public; the public pays; let us welcome our new overlords. But I wonder whether I should worry about The Times, too.

Mind you, I respect that newspaper like no other. But I became concerned when The Times used what I found to be dull knives to attack Amazon—which shares an owner with The Washington Post, which has just surpassed The Times in American audience. I was not alone. I was angry when The Times appeared to attack Hillary Clinton (remember my disclosure above), falsely claiming that her email was the subject of criminal inquiry. And I was sorely disappointed when the same reporters behind that Clinton story claimed that the Obama administration missed the public jihadist rantings of one of the San Bernardino terrorists when that disclosure turned out to be the product of the reporters’ and their anonymous sources’ ignorance about social media or perhaps their agendas. In all these cases, thank goodness, Times Public Editor Margaret Sullivan was on the case. We in journalism will miss her sorely when she leaves her post.

In the end, the real job of the journalist—our real value—is to navigate moral hazard, to deliver facts without favor.

Or—here is my real fear—the risk could arise from The Times’ new business model. When a newspaper depends on revenue from its readers—from the well-heeled, like me, who can afford to spend $764.40 a year on it—then it might, just might try too hard to impress them with scoops about megacompanies or presidential frontrunners or terrorists. In the old days, we called that sensationalism, the province and business of tabloid newspapers that depended on selling themselves on the newsstand for the moral equivalent of a nickel.

The Times never had to do that. The Gray Lady sold itself at a higher price based on its reputation, its quality, its trust. I certainly believe it still can. But I will ask whether we should worry about the moral hazard that dependence on subscription revenue can bring. I’m not accusing. I’m just wondering and worrying.

In the end, the real job of the journalist—our real value—is to navigate moral hazard, to deliver facts without favor. Our job is not to serve advertisers or owners or the powerful. We serve the public. Yet that, too, can bring a moral hazard if we think that we should tell the people what they want to know or what will wow them.

No, it is our job to tell them what they need to know even and especially when it is uncomfortable or unwelcome. And that will work only if we shift our business model away from old, mass-media ways—attracting audience by the ton and selling that to advertisers—and come to be valued on the impact we have in improving people’s lives and communities. It will take time, effort, experimentation, and imagination to develop that new economy for news. In the meantime, on the way there, we must navigate a rocky road filled with hazards. 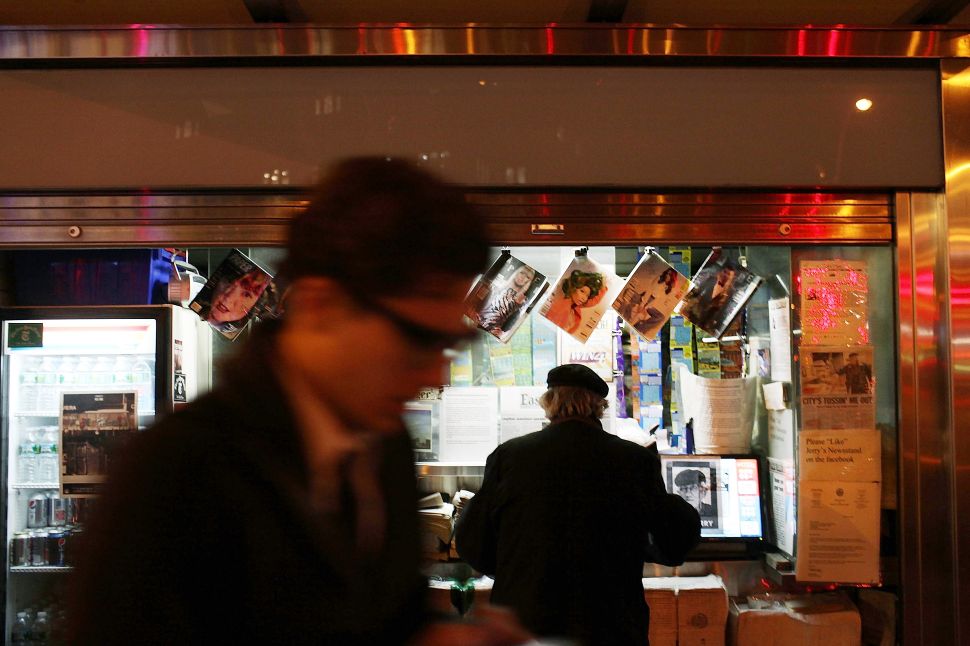