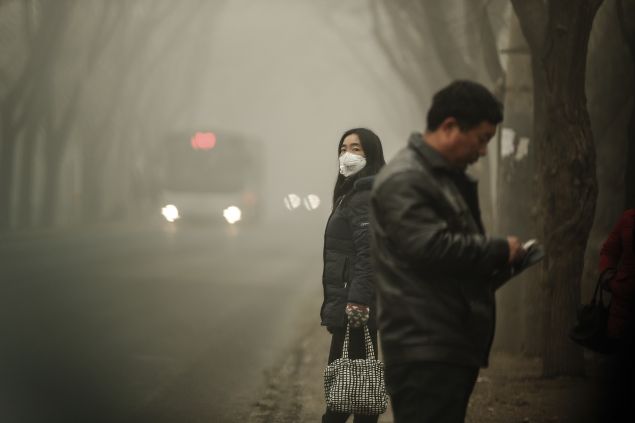 A woman wears a mask in heavy smog on December 1, 2015 in Beijing. China’s capital and many cities in the northern part of the country recorded the worst smog of the year, with air quality devices in some areas unable to read such high levels of pollutants. The governments of more than 190 countries are meeting in Paris this week to set targets on reducing carbon emissions in an attempt to forge a new global agreement on climate change. (Photo: Lintao Zhang/Getty Images)

With their usual grandiosity of rhetoric and paucity of accomplishment, President Obama and a long line of heads of state parade to television cameras in Paris to proclaim that the global summit on climate change will bring an unprecedented moment of historic action to protect the world.

The inside word from the Paris summit is that the final result will fall well short of the goal of reducing carbon emissions by 2 percent before the end of the century. To whatever details the summiteers agree, it appears the final product will not be a binding treaty agreement, but a collection of non-binding promises left in the hands of politicians around the world who have not boldly addressed climate change before the summit and will return home to the same lobbyists, special interests, profiteers and politicos who have allowed the climate change crisis to worsen for generations.

Perhaps I will be proven wrong and world leaders will be lifted by an epiphany caused by their brief sojourn in Paris. But more likely the summit will be remembered as an internationally broadcast television show with the same grandiose script that led previous climate change summits to fail.

Whatever the summiteers accomplish through their traditional diplomacy in Paris, I have privately and now publicly proposed a plan similar to the JFK moonshot in the 1960’s when a bold president challenged a confident nation land on the moon and return safely to earth within a decade.

Awards would go to those whose ideas have been brought to fruition by the creation of the invention and the first steps of practical implementation.

I recently proposed the plan that follows here to a very high level American in government—a name every reader would know—who is currently in Paris working on the climate change summit.

The nationally renowned panel of experts who administer these JFK moonshot awards for climate change breakthroughs could be chaired by Energy Secretary Ernest Moniz, one of the world’s leading nuclear physicists and a widely admired member of Mr. Obama’s cabinet.

Other panelists could include Nobel laureates, nationally respected academics, leaders of groups in the forefront of combatting climate change, retired CEOs who have demonstrated long term interest in climate change, leaders of major foundations and venture capitalists or investment bankers with knowledge about climate change and the practical feasibility of successfully bringing breakthrough new inventions to market.

The panelists would consider, evaluate and approve for the billion dollar awards those projects that in their judgment provide historic technological breakthroughs against climate change. The awards would not be granted to finance the development of ideas, but to reward those whose ideas have been brought to fruition by the creation of the invention and the first steps of practical implementation of them.

The standard for receiving the billion dollar awards would be very high. An invention of a means of harnessing coal in an environmentally safe manner would only qualify if major coal mining interests implemented the idea with a positive environmental impact established in advance by the panel. An invention of a mega-fuel efficient car or electric car would only qualify when those cars are mass marketed to predetermined numbers of consumers. The invention of new technologies for solar energy, wind energy and other new energy forms would only qualify when products employing these technologies are brought
to market and sold in significant numbers as determined by the panel.

Each award would total $1 billion with the $10 billion to finance up to ten of them being provided by governments, wealthy individuals, foundation grants and any other appropriate source.

They would bridge the gap created between wealthy nations and poor nations that is today an impediment to bold and fair action against climate change.

The recipients could be any individual or group responsible for the invention—including private inventors, individual academics or departments of universities, scientists, young people working in garages, research departments of corporations, small businesses, venture capitalists or investment banks or foundations that provide seed money to promising inventors, or anyone else the panel determines is responsible for game changing and earth-defending breakthroughs.

Besides having an immediate impact on the battle against climate change, every award would lead to the creation of large numbers of jobs as the newly invented technologies are brought to market.

The original JFK moonshot mobilized America behind a bold and visionary common purpose, and mobilized both the public sector of government and the private sector of business to achieve that purpose.

Given our divided politics, budget limitations and lack of courageous leadership on the world stage today, the prospect of an unprecedented monetary incentive to achieve unprecedented breakthroughs on climate change offers a promising hope of generating the great innovations and world-shaking technologies that can save the earth—before the politicians ultimately talk us all to death. 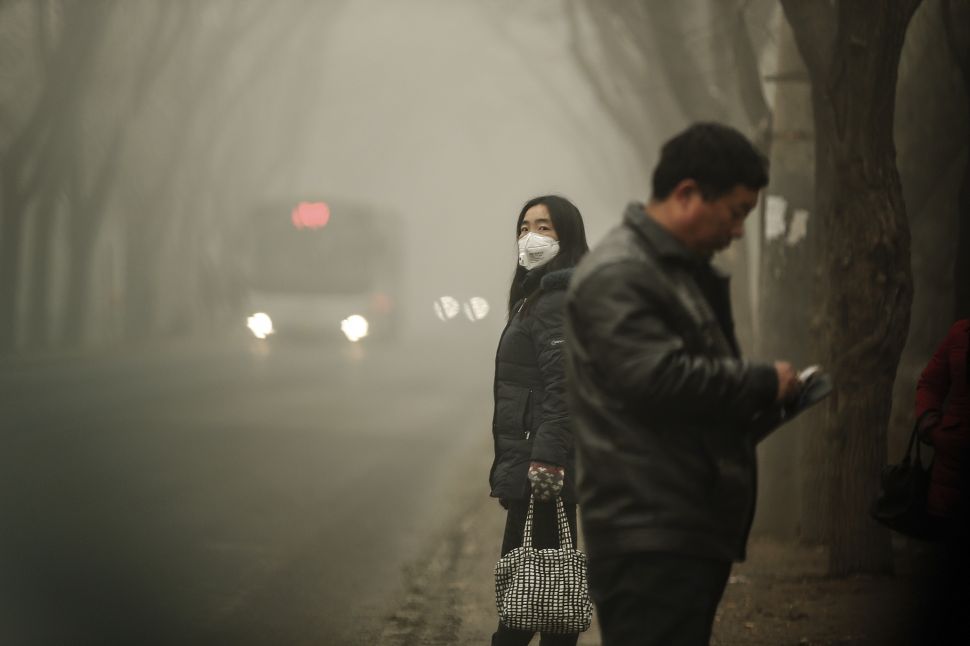