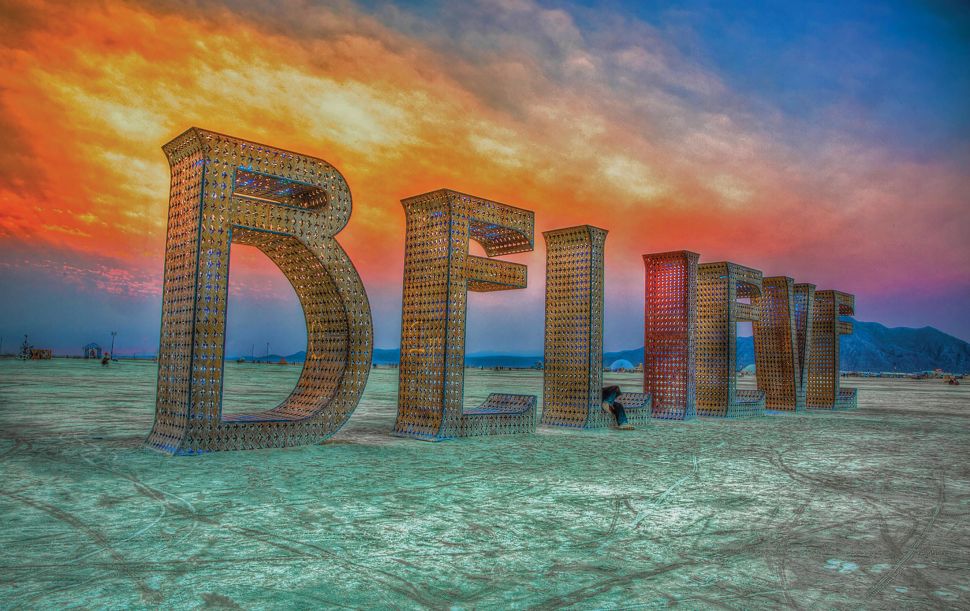 Laura Kimpton is obsessed with birds and words.

The artist, well-liked and popular in the San Francisco-area art scene, is known and celebrated for her monumental word sculptures at Burning Man that are made from sheets of steel, many patterned with laser-cut birds.

Her first big Burning Man piece was MOM, which, she explained, confronted her psychological relationship with both her mother and her daughter. Two years later, her giant LOVE sculpture was the most photographed installation at the event and the following year she made a 30-foot-high EGO piece, which she filled with plaster-cast trophies—and burned on the playa. 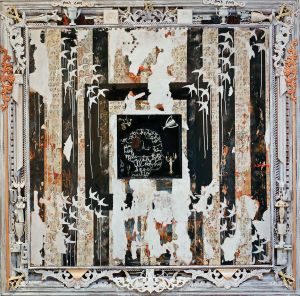 Laura Kimpton, Past, Present and Future. (Photo: Courtesy of the artist)

The artist started using the bird motif after her father Bill Kimpton, the founder of the eponymous boutique hotel and restaurant chain, died of leukemia in 2001. “When my father was in the intensive care at a cancer hospital in Texas, I saw thousands of blackbirds gather daily,” she told the Observer. “I later began to think of them symbolically as people, including my father, who had died there. And when I got back to my ranch, I felt like birds were following me, in a shamanistic way. That’s how the blackbird became one of my signature motifs.” Her word fascination, meanwhile, comes from a history of dyslexia.

In Miami Beach for her exhibition “Myth, Words and Fire” at the SLS South Beach Hotel, Ms. Kimpton made the hotel her own, even though it’s not. (Ironically, the Kimpton Surfcomber is next door.)

The SLS’s street front embraced her work. There was a big sculpture of a mermaid made from scrap metal culled from cut-up old tool boxes that have been welded together; a six-foot-high, red LOVE sculpture; and a rusty combination of a tree and a candelabra that burned propane gas.

Not to leave prime wall space untouched, Ms. Kimpton, 52, covered the facade of the entrance with a vinyl reproduction of one of her paintings that interweaves winged women and birds with music notes. “I get sustenance from music,” she shared. 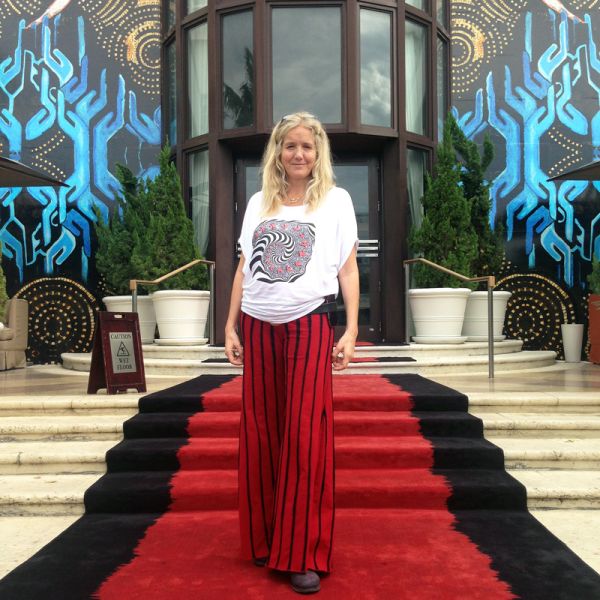 Laura Kimpton with her art on the facade of the SLS South Beach Hotel. (Photo: Courtesy of Renee Riccardo)

Two of her video installations dominated the lobby. Monumental Ego from 2015, is an assemblage of trophies and steel birds that constructs a Gothic skyscraper with miniature televisions that screen the burning of her EGO sculpture on the playa and the artist’s other videos in the windows. Another television with an ornate frame screened the burning of EGO on a larger scale.

Stepping into the poolside, visitors were confronted with a big self-portrait of the artist as a white bird breaking free from its cage. The photograph is sepia-toned—to look as though it’s from an earlier era—and the frame is made from found wood and objects, with a jumbo ostrich egg nestled at the top. “This piece, White Bird Self Portrait, is about flying free from your neuroses!” Ms. Kimpton said. 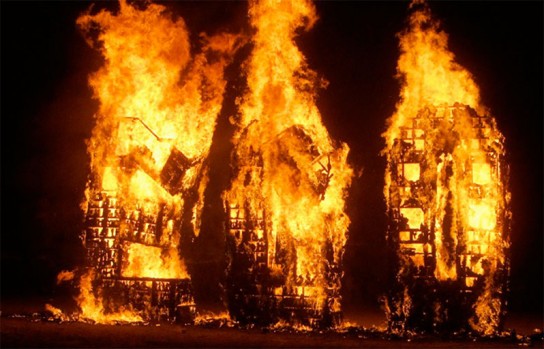 Additional photographs, paintings and sculptures—including a new, six-foot-high hashtag symbol with cut-out birds made from stainless steel—were displayed throughout the garden, meeting rooms and poolside bar, while a cabana was turned into a pop-up shop for Ms. Kimpton’s new fashion line of clothing and accessories based on her artworks. Although her fashions are relatively inexpensive, her art prices range from $5,000 for print and photography editions to $150,000 for a monumental word sculpture. She counts the Pritzker Family, Sonoma County’s Paradise Ridge Winery and the cities of Arlington, Texas and Reno, Nev., among her growing list of collectors.

“I’ve exhibited at fairs during Art Basel, but this was a golden opportunity—thanks to art collectors Marc Leder and Marc Bell, who has climbed on my sculptures at Burning Man and who select the art for the SLS to show,” Ms. Kimpton shared. “Once I saw the space I decided to take the chance—that’s what you do for Burning Man. You put everything in a truck and head on your way. And you hope it’s going to happen just like you dreamed it would.” 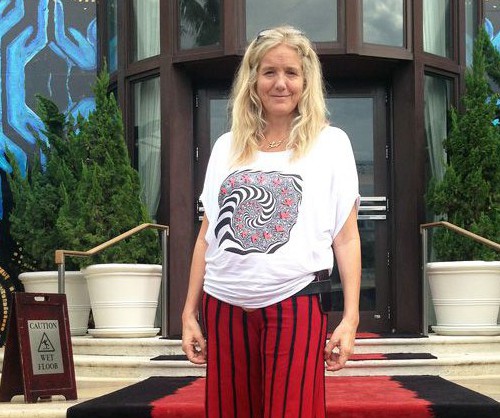