Mr. de Blasio, speaking to reporters after an unrelated event in Manhattan, said “everyone in Albany needs to do more” to root out corruption.

“I think the U.S. attorney has done a fantastic job. I think we all owe him a debt of gratitude,” Mr. de Blasio said. “He’s managed to do something both in terms of stopping some very bad things from happening but also he’s shown a light on the problems in Albany that have to be addressed.”

Mr. de Blasio said the State Legislature should enact numerous ethics reforms, including instituting a system of public financing of state elections and a ban on outside income coupled with an unspecified raise in pay for state lawmakers. The corruption case of former Assembly Speaker Sheldon Silver, who Mr. de Blasio dubbed a “man of integrity” as recently as January, revolved around the sizable outside income Mr. Silver earned as an attorney.

“I think it’s clear that the three major forces in Albany, the Assembly, the Senate and governor, all have to get together and agree on a very wide-ranging package of ethics reforms,” Mr. de Blasio said. “I think it must involve public financing of elections or we won’t make the progress we have to make.”

Mr. de Blasio, a Democrat, can pressure the Democrat-controlled Assembly to push for some reform, though his leverage in Albany is relatively limited. Democrats across the board have long wanted state lawmakers to adopt a campaign financing system similar to New York City’s, but Republicans have resisted, arguing it’s wrong to spend public money on elections. City politicians in recent years have faced fewer corruption convictions and public financing has the benefit of encouraging candidates to pay attention to small donors over a select few wealthy individuals; Mr. Bharara, however, has prosecuted cases where candidates try to game the system with straw donor schemes or raise matching funds just to increase payouts to political allies.

In a radio interview today, Mr. Bharara wouldn’t rule out continuing investigations into Mr. Cuomo’s shuttering of an anti-corruption commission last year or the distribution of state of funds in Buffalo. Mr. Bharara’s investigations have irked and worried Mr. Cuomo’s inner circle, and the Albany political class continues to speculate about the possibility of another high profile indictment from the ambitious prosecutor’s office. 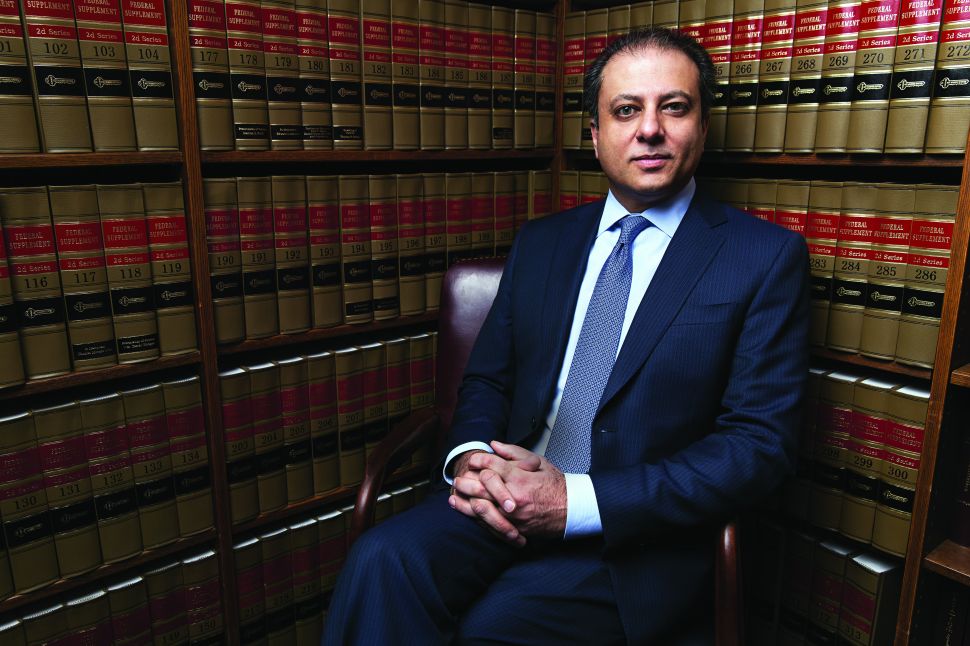