Every year at this time, I look forward to reading the PolitickerNJ Power List. It is always an accurate barometer as to who are the key current power players in New Jersey politics.

I have been right and wrong in making political predictions in New Jersey, but I will go out on a limb regarding the 2016 Power List. You will see in the top 10 the name Bill Spadea, who recently replaced the venerable Jim Gearhart as the morning show host on New Jersey 101.5 FM, the Garden State’s most popular talk radio show.

Some years ago, Jim Gearhart ranked Number One on the PolitickerNJ Power List. This ranking was well merited, given the wide audience of his show. Gearhart had a remarkable influence on the opinions of his thousands of listeners on such topics as state and local taxes, auto insurance, health care, corruption, transportation issues, and all other issues, large and small, affecting the quality of life in the Garden State. If you wanted to know the major issues of concern to rank and file New Jerseyans, all you had to do was listen to Jim Gearhart.

New Jersey 101.5 FM has had a major impact on the politics of New Jersey during the last three decades, including its role as a significant catalyst of the anti- Florio tax revolt of the early 1990s. In his drive time host slot, however, Jim Gearhart had a unique opportunity to influence large numbers of New Jerseyans, an opportunity unavailable to any other media personality in the state.

In essence, Jim Gearhart made his morning drive time host spot a power position. And Bill Spadea, with his outstanding communication skills and finely honed political instincts and issues acumen, is ideally equipped to expand the power and influence of the New Jersey 101.5 FM morning talk show bracket.

Spadea is only 46; yet he has already achieved remarkable success in politics, the media, and business.

As College Republican National Committee Chair from 1993 through 1995, he developed an effective network of associates, many of whom presently hold key positions of power and influence in the GOP nationally. He also ran a most respectable campaign for the House of Representatives as the GOP candidate against Rush Holt in 2004.

Bill has performed most admirably as the anchorman of Chasing New Jersey on WWOR – Channel 9 television. This show every evening at 10 pm presents an avant-garde methodology of delivering the news. Chasing New Jersey has provided Bill with excellent preparation for his new 101.5 FM role.

Unlike most media luminaries, Bill has substantial and successful experience in the business world as a real estate executive. When he speaks on economic issues, he speaks with real world, and not reel world knowledge.

Spadea is a definite movement conservative; yet he retains a strong degree of pragmatism. He has a telegenic appearance and demeanor which has made him a sought after guest for political television talk shows. Bill is able to present his views in an impactful, yet non-abrasive way. He is a solid family man, without scandal.

His political acumen is a matter of both his education and family legacy. Bill’s father, Dominick “Mick” Spadea was a noted South Jersey GOP fundraiser in the late 1970s and 1980s, a key New Jersey supporter of Ronald Reagan as early as 1976, a chair of Camden County Young Republicans in the mid-1970s and later the chair of New Jersey Conservative Caucus.

Among Bill’s intimates, there has been continuing discussion as to whether he will ever seek statewide office. There is no doubt that he would be an excellent candidate. The difficulty is, however, that the scandals and gubernatorial misfeasance and malfeasance of Chris Christie have done serious damage to the Republican brand, from which it may take a decade to recover.

Bill Spadea is young enough to wait, however. It is worthwhile to keep an eye on him. 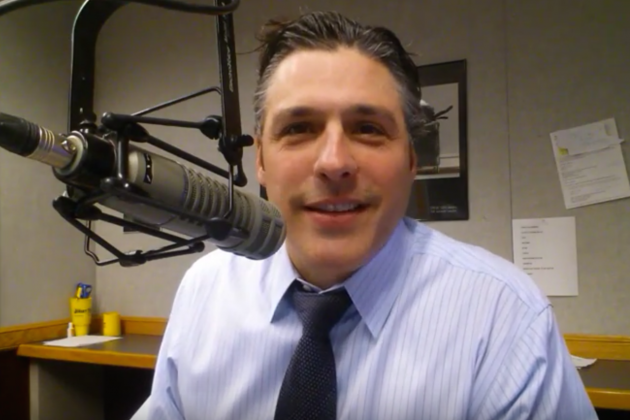