What ended up as a much-debated, politically thorny bill originally passed at the urging of the courts in the assembly with unanimous Republican support by a vote of 74-0. Then Christie crushed the bill, forcing members of his party in the legislature into the awkward position of having to try to reverse their initial support.

Webber – a former Republican State Party Chairman – Ciattarelli, Brown of Atlantic County, and Handlin, were the four Republicans who joined Democrats in the unsuccessful attempt to override the governor.

Requiring 54 votes, the redo failed to pass in defiance of the nationally-ambitious governor and the New Jersey Republican caucus.

Missing by three votes, the (late, wavering) tally was 51 in favor of the override, 17 against, and 11 abstaining. Perhaps a sign of the coming inability of Democratic leadership to twist the arms of three Republicans came as the assembly started an hour late today.

Technically speaking, Speaker Vincent Prieto (D-32) yanked the bill immediately prior to suffering the indignity of an official failure as the vote board flickered, failing to get the speaker to the required 54.

A prodigious debate occurred in the lead-up to the vote.

“We all thought it was the best thing to do,” said Prieto (pictured, right), referring to the first vote in June. “One person

“We all supported this bill,” said Assembly Majority Leader Lou Greenwald (D-6) (pictured, left). “What is wrong with us sending a message to the

rest of the country that, ‘yes, we can work together for a bipartisan solution”?

The rural-state-vote-seeking Christie vetoed the legislation that Democratic – and originally Republican – lawmakers say would help keep guns out of the hands of potentially dangerous people by requiring those seeking to have their mental health records expunged in order to purchase a firearm notify law enforcement. The information would be used by the courts when deciding to approve the application, giving law enforcement a voice in the process and providing the courts with more information before approving an expungement to allow gun purchases.

Subdued because of yesterday’s mass shooting in San Bernardino, California that resulted in the killing of 14 people and prompted a moment of silence on the floor, but buoyed by the Senate’s successful override of the governor on this bill, Prieto put the same bill before his colleagues this afternoon.

But in a sign of the unwieldy, more challenging terrain of lower house politics (the assembly has never been able to override the GOP governor), the bill failed to pass as Republicans refused to give Democrats the necessary votes.

Pointing to the reasoning in Christie’s conditional veto and making the case that the bill doesn’t successfully keep guns out of the hands of people with mental issues, Republicans throughout the long debate tried to argue that they weren’t informed the first time when they unanimously backed the bill.

They implied that Democrats want to embarrass Christie with the bill, or at least have politics as their motivation. “Are we really

trying to protect public safety with this particular bill?” said Assemblyman Scott Rumana (R-40). “The reality is there is a loophole as big as a Mack Truck.”

That so-called loophole in an alternative bill put forward by Senate Minority Leader Tom Kean, Jr. (R-21) would require people with a psychiatric profile who apply for expungement of their record to additionally alert police for other reasons, not just the purchase of a gun.

Bill sponsor Assemblyman Gordon Johnson (D-37) fought back.  “This bill as it is now makes the people of New Jersey safer,” Johnson told Rumana. “It allows county police and courts to be involved.”

“You should be here walking in the shoes of every person who’s lost someone to gun violence at the hands of someone with a mental illness,” said Assemblywoman Sheila Oliver (D-34) (pictured, left). “If you can’t vote for this, you need to search your souls about why you’re sitting in this chamber.”

But the bulk of Republicans led by Christie ally Assembly Minority Leader Jon Bramnick (R-21) saw it differently, and liked the CV offered by Christie.

“What’s wrong with making this bill stronger?” Assemblyman Tony Bucco (R-25) wanted to know, while Assemblyman Declan O’Scanlon (R-13) accused Democrats, by resisting the Kean bill and doubling down on their initial legislation, of “poking the governor in the eye.” 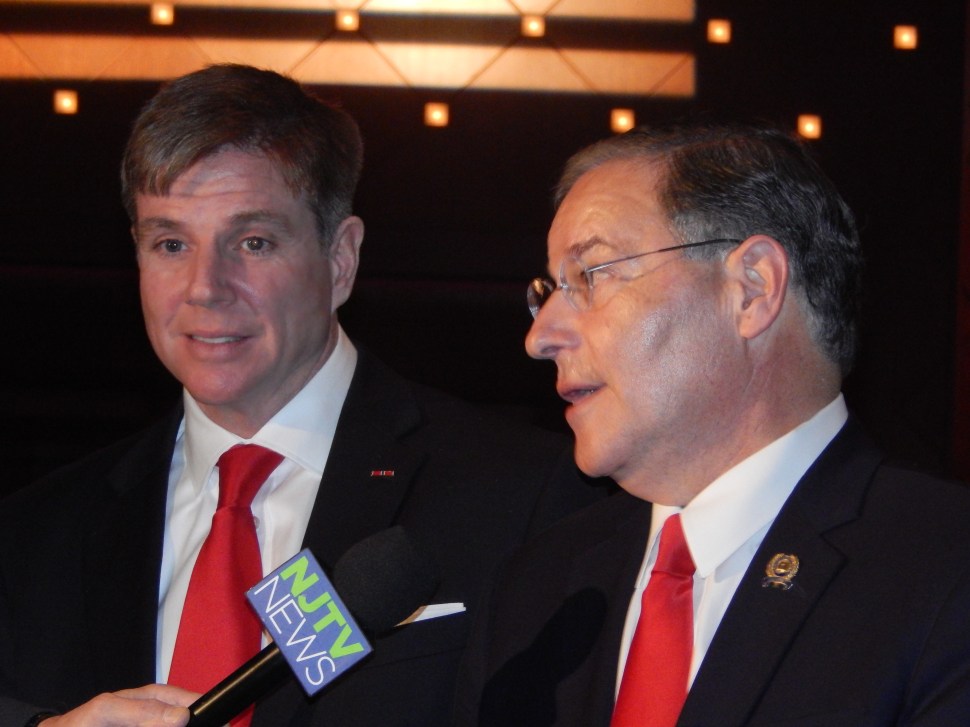 Intent on maintaining the upper-hand, Majority Democrats stuck to the original bill.

Assemblywoman Pam Lampitt (D-6) rose to counter her colleagues across the aisle. “I have a long memory, and I remember Sandy Hook,” she said in the pointed direction of the GOP. “The difference is if we pass this bill today and put it back on the governor’s desk, it’s immediate.”

Early in the debate, Republicans tried to introduce the compromise bill put forward by Kean.

“I’m not going to play politics because politics is not going to protect them,” said Assemblywoman Betty Lou DeCroce (R-26), who attempted to offer Kean’s bill on the floor. In response, Greenwald rose to table the motion and received a second, and led the Democratic effort to kill the Kean bill: 47-31. Later, Assemblyman Reed Gusciora (D-15) noted that revisiting the issue now through the Kean bill while denying Johnson’s bill would require a delay as Kean’s version goes through the committee process.

“We need to take this moment of action so we can protect the New Jersey public,” Gusciora said.

In the aftermath, Prieto vowed to fight on to secure the override.

“Today’s attempt was just a first step,” he said in a statement. “I will put this bill back up again and again – as often as possible before the end of the legislative session. The Republicans who flip-flopped on this common sense public safety bill should be ashamed and need to look in the mirror, if they can stand it. They must ask themselves this simple question – are they here to support someone’s political ambitions or are they here to do what’s right for the people of New Jersey? Unlike his demeanor in this undated file photo, Prieto was not in a clapping mood at the end of today’s vote tally. 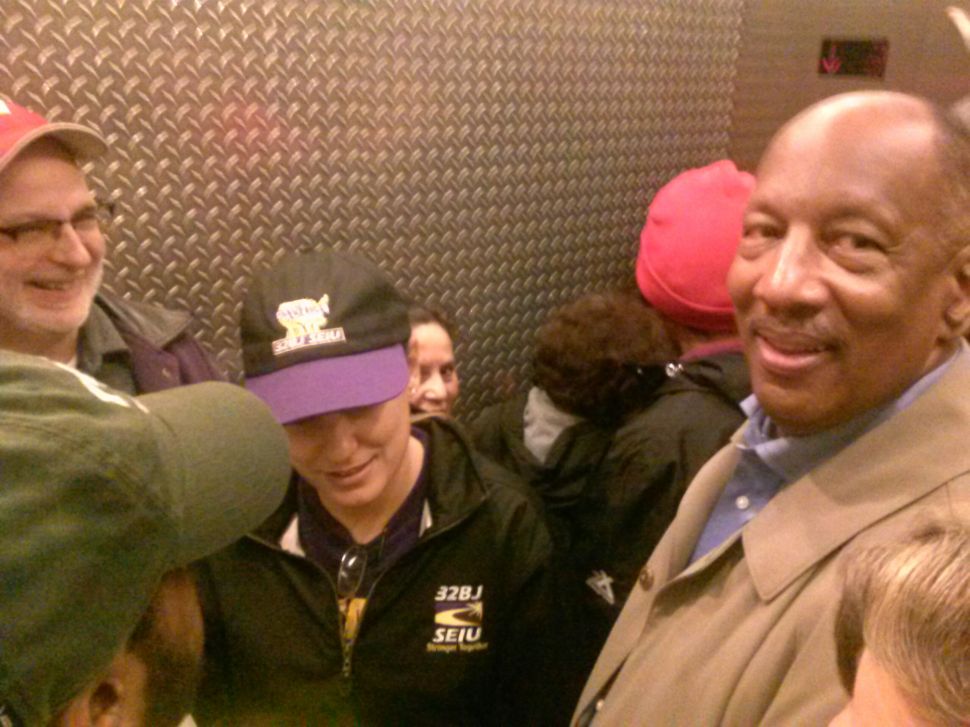