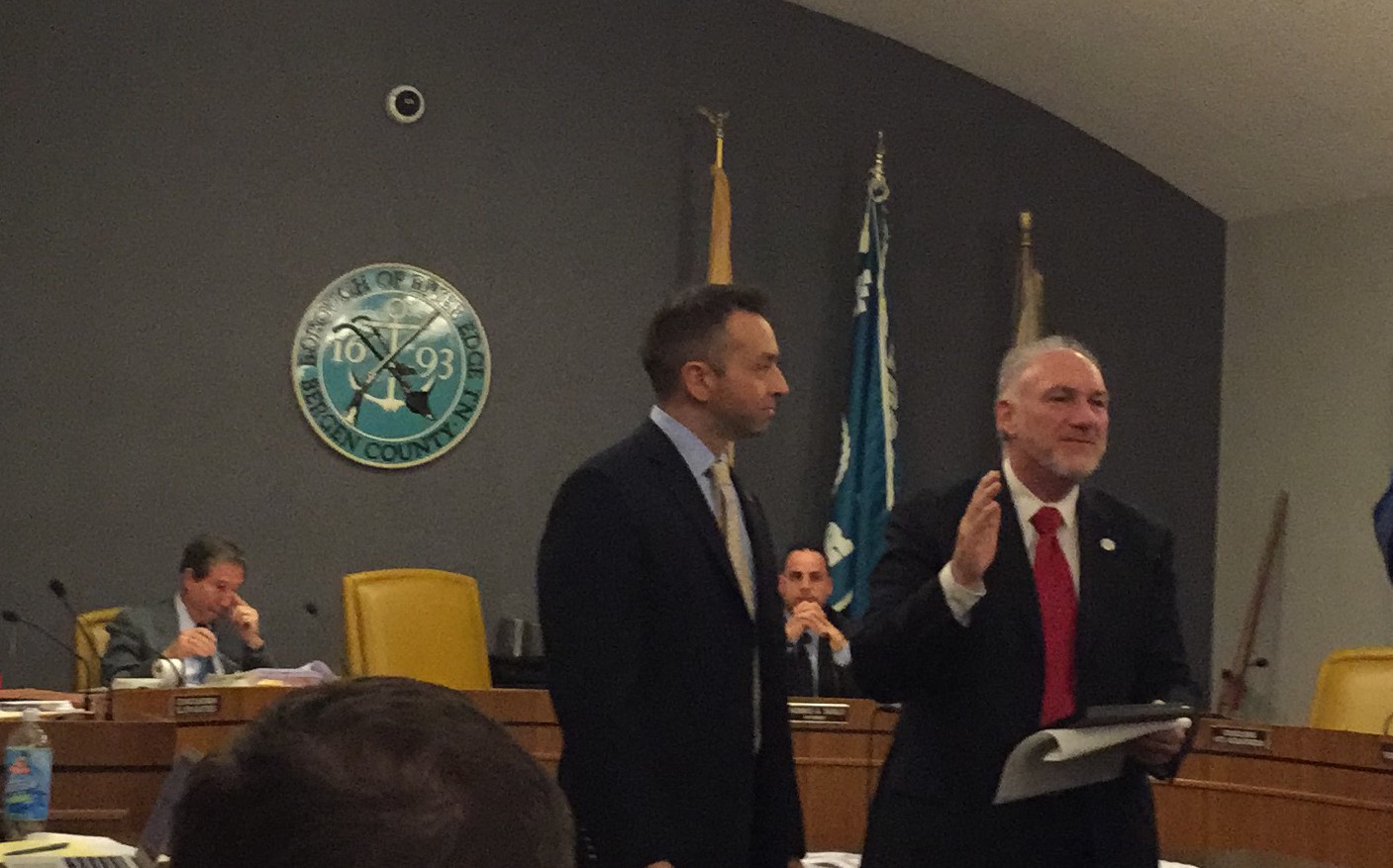 Despite the fact that Anthony Cappola resigned as a councilman in River Edge in October, on Monday Mayor Sandy Moscaritolo and the council presented him with an award thanking him for his hard work and service to the town as a councilman.

The past few months have been tumultuous for the former councilman. As he was pursuing the LD38 assembly seat for Republicans, a book that Cappola wrote in 2003 surfaced. Cappola said that the self-published book called Outrageous was intended as a satire in the style of Howard Stern. However, the language that called out groups including Jews, asians and homosexuals left many offended and led Republicans to drop Cappola in LD38. They attempted to remove him from the ballot but couldn’t float the cost, leaving Cappola to try to resuscitate his candidacy despite no support from his party and a running mate—Mark DiPisa—that wouldn’t even be seen with him. The Republicans lost what was initially supposed to be one of the most competitive districts in the state. The hubbub over the book was the reason Cappola resigned in River Edge from the council position he had won in 2011.

“I was again humbled and touched by this award,” Cappola said. “I feel vindicated that again my true self was highlighted and that is an open minded, accepting, caring person. I had voters and supporters there from the Asian community, LGBT community, African American community Democrats, Republicans, etc.”

According to Cappola, there was a “packed house” at Monday’s council meeting as he received his award.

“Nobody owes me anything. When so many people could of stepped on my neck…they lifted me up and forgave me and gave me a second chance because they saw the good in me,” Cappola said. ”That act of forgiveness and understanding did more to knock me down than any fight could of. Sometimes the power of forgiveness and love is awe-inspiring. I will pay this forward and I’m glad I had that storm in October. I needed that and it has made me a better human being today. I still have a lot to learn.”

PolitickerNJ attempted to reach Mayor Moscaritolo for comment but he could not be reached. Moscaritolo, a Democrat, lost his bid for reelection to Republican Edward Mignone in November. 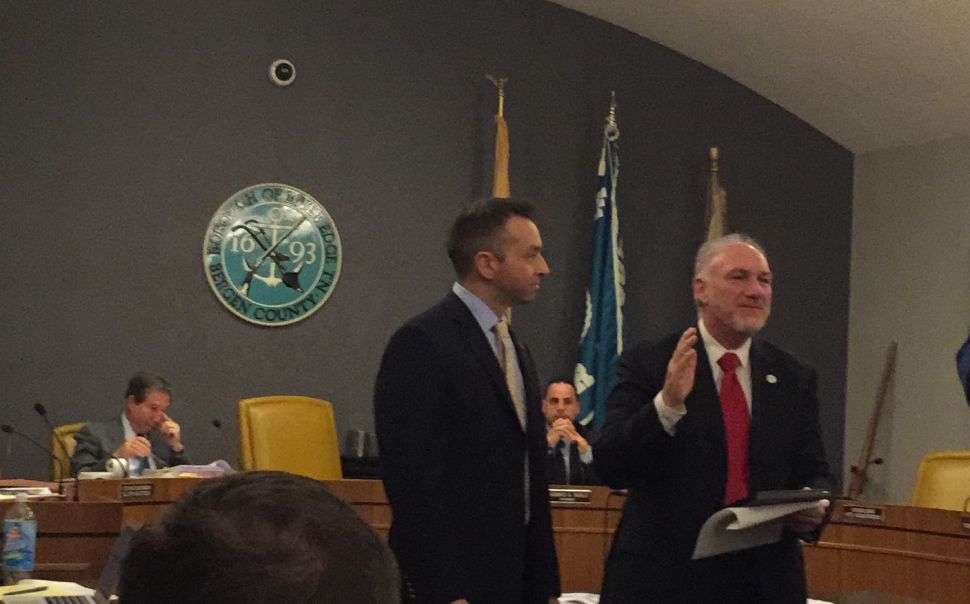