We learned punk rock in Hollywood

Drove up from Pedro

We were f***ing corndogs

(History Lesson-Pt. II by The Minutemen)

Corndog (Noun): An undercover weenie. When someone is a dork, nerd, etc., but tries to hide it, not being themselves. (Urban Dictionary)

We’ve all been corndogs at one time or another, struggling through the clumsy initial stages of aspiration. Part of that process involves minimizing the outward signs of who we really are as we develop ideas about who we want to be. But it takes time to figure all that out, if we ever do. Deep down we know we’re dorky wannabes trying not to be dorky wannabes, and we do everything we can to hide that. This was me in 1984.

I was a 21-year-old college boy, but I was also in my first serious band, the original lineup of Volcano Suns along with Mission of Burma drummer Peter Prescott and Terror Train/Patio Act (and future Big Dipper) bass player Steve Michener. I had been a bass player and even a drummer in various bands, but I had never played guitar in a band and man was I winging it. I suppose I did a decent job of hiding my ineptitude. I was doing my best to shed my corndog.

I liked watching guitarist and front man D. Boon, who had surprisingly nimble stage moves for a man of his girth. He was always smiling. He was captivating.

I’d like to say that being in Volcano Suns was a great experience, but it mostly wasn’t. We sucked and were pretty much going nowhere. I was despondent. By May or June of 1984, I had given my notice. The Suns’ last shows with me as a guitarist were a handful of gigs opening for The Minutemen as they swung through the East Coast on a national tour.

The Minutemen were as sharp a live band as I have ever seen. It’s rare for a “punk” band to really know how to play their instruments, but all three were fabulous musicians. I particularly liked watching guitarist and front man D. Boon, who had surprisingly nimble stage moves for a man of his girth. He was always smiling. He was captivating.

The last of our shows with The Minutemen was in Providence, RI, at the fabled and lugubrious Living Room. We spent a fair amount of time hanging with them, and it was the best. The good vibes emanating from drummer George Hurley, bass player Mike Watt and smiling guitar hero D. Boon made me wonder what the hell was wrong with us and with our uptight East Coast approach to everything. They were San Pedro, CA dudes, and they didn’t seem to care that I was a corndog or that Peter had been in one of the best bands ever or that Steve was also a corndog. We were all the same to them. We were dudes in their eyes.

As that Volcano Suns lineup took the stage for the last time, I was pretty torn up. I was quitting my first band of any note less than a year and a half after we had begun. The experience had been incredibly frustrating. But then something good happened, and I’ll always remember it. D. Boon ambled over to the front of the stage. At first I was mortified. Here was the master, standing directly in front of me, the hack, for nearly the entire set. I tried desperately to conjure some kind of guitar playing that would not embarrass me.

D. Boon was a self-described corndog, but he shed his inhibiting outer layer and became much more.

But he seemed to enjoy himself. He made eye contact. He smiled. A lot. I smiled back. He took note of what my left hand was doing, following it up and down the fretboard. My bitterness and frustration melted away as this cherubic man-child and angelic axe man from San Pedro single-handedly established a warm, dude-like vibe standing there amongst the angst-ridden punks of Providence. After the show, he told me that he really liked my guitar playing, and I think he meant it. I’d like to think so, anyway. That was the last time I ever saw him. He passed away in a van accident on December 22, 1985. 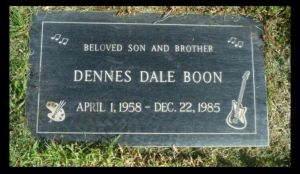 D. Boon was a self-described corndog, but he shed his inhibiting outer layer and became much more; a prodigiously talented guitarist, a spectacular showman and a wonderful songwriter and singer. He fronted a band that, though usually labeled “punk” or “post-punk” was sui generis. Minutemen records sound as fresh and challenging today as they did over 30 years ago. But the most ringing endorsement I could offer is that D. Boon was truly one of the nicest men I have ever met, a rare kind soul in a business that usually exalts and rewards the exact opposite.

Gary Waleik was a founding member of the Volcano Suns and Big Dipper. His latest musical project is Mars Classroom, a collaboration with Guided By Voices frontman Robbert Pollard. He is also senior producer of NPR’s Only A Game. 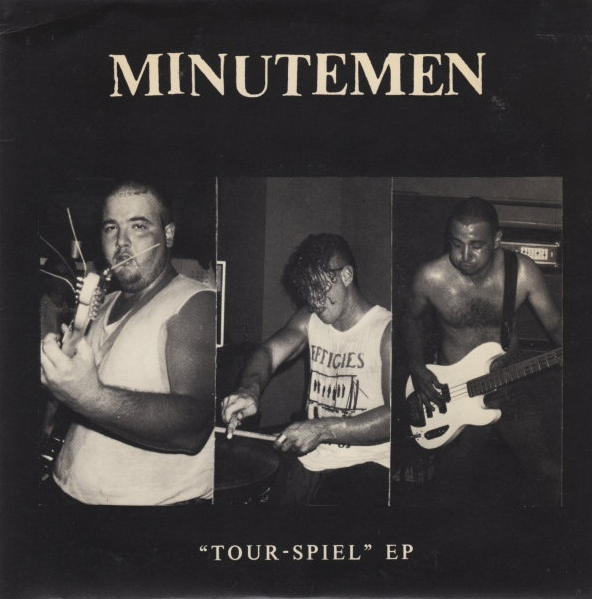