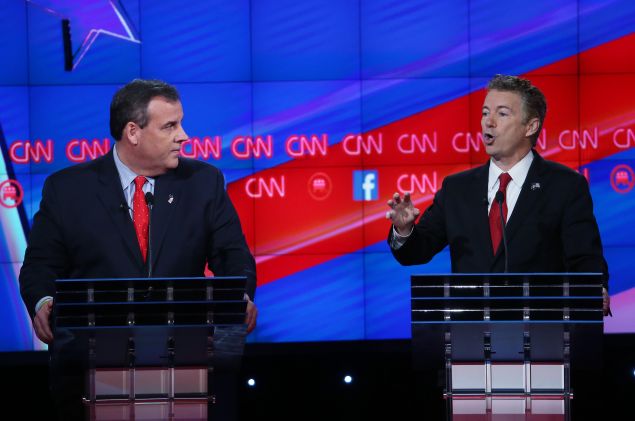 It is time to begin listening to the Republican debates and listening carefully, for as Establishment liberal commentators like The Washington Post’s Eugene Robinson report “a great fracturing of the Republican Party” is occurring and in fact, something like that may be at hand. But the ship that sails in the night and brings death to the city is the same ship that declares a birth in the new harbor. And that is what we may be seeing today in the contentious Republican debates; not breakage, but birth pains.

Democrats should wish for the same in their own party as from that contentious awakening comes the future. Instead, they are stuck with Hillary.

Buchanan gets directly to it:

“If you’re in favor of World War III, you have your candidate.”

So said Rand Paul, looking directly at Gov. Chris Christie, who had just responded to a question from CNN’s Wolf Blitzer as to whether he would shoot down a Russian plane that violated his no-fly zone in Syria.

“Not only would I be prepared to do it, I would do it,” blurted Christie: “I would talk to Vladimir Putin … I’d say to him, ‘Listen, Mr. President, there’s a no-fly zone in Syria; you fly in, it applies to you.’

Tough talk from a governor who has never fired a gun in anger. And there, in a nutshell are the two wings of the Republican party today with Mr. Christie, more a belligerent Bush than H.W. or Jeb, and Mr. Paul, who bears some semblance to his father; the party of the past, the party of the future.

Which is not to be unexpected from the Republicans, for to paraphrase the Divine Miss M, when it’s 3 o’clock in New York, it’s still 1957 in the Republican party.

But there is more than party contention and destructive bifurcation going on here. There are today few major differences in foreign policy between the Hillary party and the Christie, Graham, Rubio party. But Mr. Paul brings a welcome breach: We see the possibility here of the Hamiltonian approach to American government yielding to the Jeffersonian approach, and that is as great a historic transition as America has ever encountered.

As historian Frank Owsley explained long ago:  “In the beginning of Washington’s administration two men defined the fundamental principles of the political philosophy of the two societies, Alexander Hamilton for the North and Jefferson for the South. The one was extreme centralization, the other was extreme decentralization; the one was nationalistic and the other provincial; the first was called Federalism, the other States Rights, but in truth the first should have been called Unitarianism and the second Federalism.”

The policies of the past so evident today in the Republican debates may appear to be taking cues from General Jack D. Ripper in the Terry Southern masterpiece, Dr. Strangelove,  in which the storied cigar-chomping general warns of fluoridated being part of a communist plot. But in real life, policy inevitably returns to Mr. X; George Kennan, the most important American ambassador since Benjamin Franklin and the singular agent of Soviet containment and the rebuilding of postwar Europe.

Invariably, it will be asked in any conflict since, “What would George Kennan do?” as Harvard’s Jessica Stern posed this month in The Atlantic.

“Kennan’s recommendations, tailored to a completely different challenge, are proving prescient in the ISIS era,” she writes.

But in his last book, Around the Cragged Hill, Mr. Kennan saw America as a country without a plan and with unaddressed long-term problems. He writes:

“I have often diverted myself, and puzzled my friends, by wondering how it would be if our country, while retaining certain of the rudiments of a federal government, were to be decentralized into something like a dozen constituent republics, absorbing not only the powers of the existing states but a considerable part of those of the present federal establishment. … To these entities I would accord a larger part of the present federal powers than one might suspect—large enough, in fact, to make most people gasp.”

But this is not the party of Mr. Nixon, Mr. H.W. Bush or even Mr. Eisenhower or Mr. Kennan’s boss, Secretary of State George Marshall. It is closer to the thinking of Mr. Paul. And it shares a similar states rights vision with Texas Governor Greg Abbott and Texas Senator Ted Cruz, who join forces to give governors the explicit right to “opt out” of receiving new refugees, which is right out of the Jeffersonian playbook.

We have even seen in the recent debate, thinking reflective of former Republican congressman and two-time Republican presidential candidate Mr. Paul: “The death of 4 million Muslims in the Middle East over the last 14 years, since Western foreigners moved in, has rearranged the political power structure of the region. This cannot be ignored. The deliberate killing of innocent civilians and retaliation lays claim to the reality of a clash of civilizations rhetoric.” he said in a speech on December 7.

Mr. Paul does not appear to support Donald Trump. But how similar to Mr. Trump’s comments, which Mr. Buchanan calls “a sweeping indictment of mindless American interventionism”: We’ve spent $4 trillion trying to topple various people that, frankly, if they were there and if we could have spent that $4 trillion in the United States to fix our roads, our bridges, and all of the other problems—our airports and all the other problems we have—we would have been a lot better off…

We have done a tremendous disservice not only to the Middle East—we’ve done a tremendous disservice to humanity. The people that have been killed, the people that have been wiped away—and for what? It’s not like we had victory. It’s a mess. The Middle East is totally destabilized, a total and complete mess. I wish we had the 4 trillion dollars or 5 trillion dollars. I wish it were spent right here in the United States on schools, hospitals, roads, airports and everything else that are all falling apart! 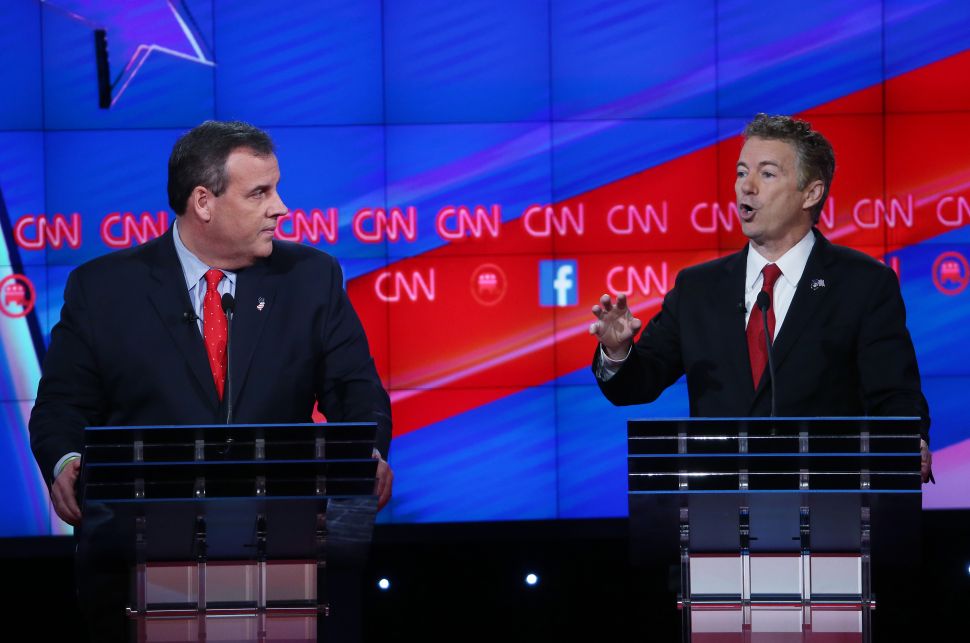