When Citi Bike first launched in the summer of 2013, I was among the skeptics. I ran an editorial in the Observer about how even as an avid bicycle rider, I preferred private property and wasn’t crazy about the large swaths of sidewalk that this quasi-socialist program was suddenly going to occupy.

After my bike was stolen in July this year, I finally signed up. I was instantly in love.

Over the past four months I’ve enjoyed 135 rides. So just the economics of it are working out to about a dollar per ride and I’ve still got eight months to go on my subscription.

But then on Saturday the kind of New York City miracle occurred that reminds one why it’s so good to be alive here in the greatest city on earth.

I woke up early and took a long walk from my apartment to the East River and then a long run down to the Brooklyn Bridge. (I should probably put “run” in quotation marks because my running speed is indistinguishable from my walking speed but let’s just say my arms were flailing about so you could tell I was running.) I ran back and then for a treat walked to my favorite breakfast place, Tompkins Square Bagels. That’s when I realized that somewhere along what had now been 4 miles of walking and running I had lost my keys.

My whole life is on that keychain. Access to the Observer, the only key to my storage unit, the coveted key to the secret Observer bathroom. But most importantly, of course, to my apartment. I hadn’t even brought my wallet with me so I had no money and no way to get back into my apartment and my phone was at about 15%. (Yes I do carry a phone on Shabbos but only to track my number of steps on Moves and of course for emergencies like losing my keys.)

I began the desperate and ridiculous process of retracing my steps when all of a sudden my phone rang. It was Citi Bike! They had an Officer Gorniak on the line from the NYPD. A jogger named Joyce See had found my keys and turned them in at Pier 11.

At this point, Officer Gorniak and his partner Officer Weiss had already done their job. They could have just logged the keys into the bottomless pit of “lost stuff in New York,” where I’d probably never have seen them again, but they went the extra mile and did some real police work.

The member number on the fob was illegible from months of heavy use, so Officer Gorniak inserted the fob into the receptacle at the pier and printed out a receipt for recent usage. That receipt had my member number on it. So he called Citi Bike and they called me with him still on the line.

Now I’m happily reunited with my keys. More importantly, I’m reminded of the critical role that decency and elemental kindness play in making even this most complicated of enterprises a human-sized affair. From a complex company like Citi Bike to the quick thinking of Officers Gorniak and Weiss to the simple civility of the jogger to realize what a huge drag a lost key ring is. (My only complaint is that the jogger is in such good shape that she ran all the way down to Pier 11 to drop them off.)

There’s something else to recognize here. Pier 11 isn’t normally a substation or even a post for the NYPD. These guys were out protecting a highly trafficked tourist spot in the wake of the attacks on Paris and San Bernardino.

Throughout our country, the police have endured a year of accusations, suspicion and even murder. It’s important to remember that the great majority of law enforcement do exactly what Officers Gorniak and Weiss did on Saturday. They do the right thing. 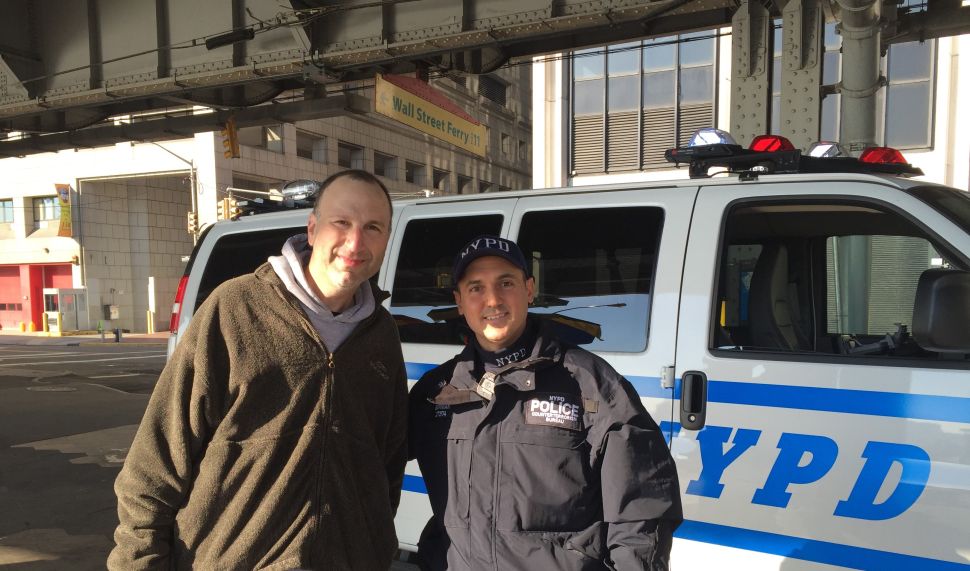