Defying the de Blasio administration, the City Council passed a resolution today to support a major Queens development in court.

The City Council voted overwhelmingly to attach an amicus brief reaffirming its approval of a 2013 plan to redevelop Willets Point, Queens. Mayor Bill de Blasio, a Democrat the liberal-leaning Council typically sides with, chose not to stand with the pair of developers after an appeals court ruled earlier this summer that the $3 billion project illegally gobbles up city parkland. The developers, Related Companies and Sterling Equities, challenged the ruling, and won a victory in November when the state’s highest court opted to consider the appeal.

“Millions of public dollars have already been invested in this project and families, small businesses and workers need to see the benefits of the plan that was promised to Queens,” said Councilwoman Julissa Ferreras-Copeland, the Democrat who represents Willets Point and negotiated the project with developers. “My community needs a solution that is swift and equitable.”

The redevelopment of Willets Point, stalled for decades, has actually been twice approved by the Council. Transforming the neighborhood of auto repair shops and scrapyards into a community with schools, shopping and a functioning sewer system was a long-term priority of the Bloomberg administration. The de Blasio administration walked away from the project, unpopular with some progressives who believe immigrant-run businesses are being driven out for an unnecessary shopping mall, because they wanted to see more affordable housing there. Mr. de Blasio appeared to effectively kill the development before the state’s highest court decided to hear the appeal, giving the developers and the Council, led by Council Speaker Melissa Mark-Viverito, hope that they will succeed.

“I don’t know why the administration has taken the position it has taken,” Ms. Mark-Viverito said today. “I don’t really see the rationale.”

For the Council, defending the project in court was about backing up the past vote they took. It amounted to a defense of the “institution,” Ms. Ferreras-Copeland said.

“We’ve got to stand by the things we’ve done,” said Councilman Brad Lander, a Brooklyn Democrat.

Councilwoman Karen Koslowitz, a Queens Democrat, added that Willets Point was an “eyesore” in desperate need of a face lift.

But at least one Queens city councilman disagreed. Councilman Rory Lancman broke with the Queens Democratic establishment to vote down the resolution, agreeing with the rationale of the lower court that the parkland near Citi Field could not be alienated without approval from the State Legislature. He also said the Council didn’t have to be bound by Bloomberg era terms.

‘The intermediary appellate court has found, correctly in my view, that using the land in question for a shopping mall would improperly alienate parkland without the authorization of the state—an important safeguard against the permanent giveaway of cherished public spaces for minimal public benefit,” Mr. Lancman said.

“I am not unalterably opposed to a commercial use for this parcel of land, but only in the context of a broader deal that commensurately benefits the public, including an affordable housing mandate and a living wage guarantee for retail workers,” he added.

The de Blasio administration, however, would not be able to renegotiate the development and send it through the lengthy land use review process once more if the developers win in court.

A de Blasio spokesman did not return a request for comment. 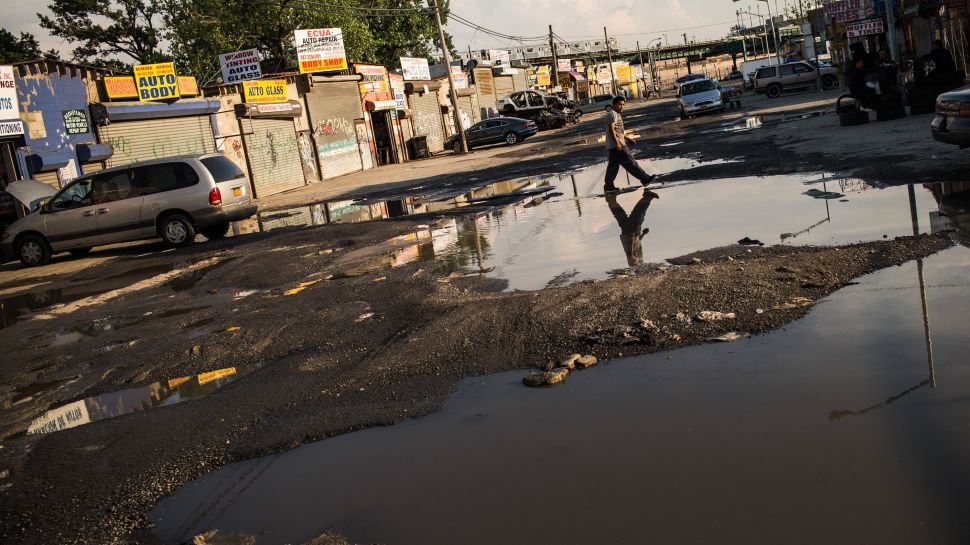