CNN will once again come through with a free live stream of the next GOP debate, a spokesperson for the network confirmed for the Observer today. The last 2015 Republican debate of the 2016 election will take place on December 15, 9PM ET, at The Venetian in Las Vegas, co-sponsored by the Salem Media Group. CNN anchor Wolf Blitzer will host.

“The CNN Facebook Republican Presidential Primary Debate” can be streamed online on the CNN home page that night. Users of CNN mobile apps will also be able to watch.

“To me, there’s a longer play here, which is that we want our audiences to know this is a service they can get from CNN going forward. We want to build that user behavior,” Andrew Morse, who runs CNN’s digital operations worldwide, told Mashable, as the network announced its free live stream before its first 2015 debate.

Subsequently, CNBC did not make a free and open live stream to non cable subscribers, but every other network has, since then. Fox Business even went out of its way to reach more cable users than it normally does.

CNN has been consistently showing debates for free on its website since it hosted the second Republican debate in September. Its live stream of the the October Democratic debate contributed to a big ratings success for the company, with 15.3 million overall viewers. Once again, it is partnering with Facebook.

Sadly, while it did a virtual reality live stream of October’s Democratic debate, that isn’t in the works for this GOP conversation (it would have been fun to be able to turn one’s head quickly to see Rand Paul’s face when other candidates make policy or factual gaffes).

CNN announced criteria to get on the prime time debate, according to Mediaite, which reports that we’ll probably still see at least nine candidates on stage. The rest will be relegated to the happy hour debate, prior.

Salem Media, which is primarily a radio broadcaster, will also air the debate on many of its Christian-oriented radio stations across the country.

Thankfully, CNN will be pushing a reasonable hashtag for the second screen conversation: #GOPDebate.

The next Democratic debate will take place on December 19, and will be live streamed free by ABC News. 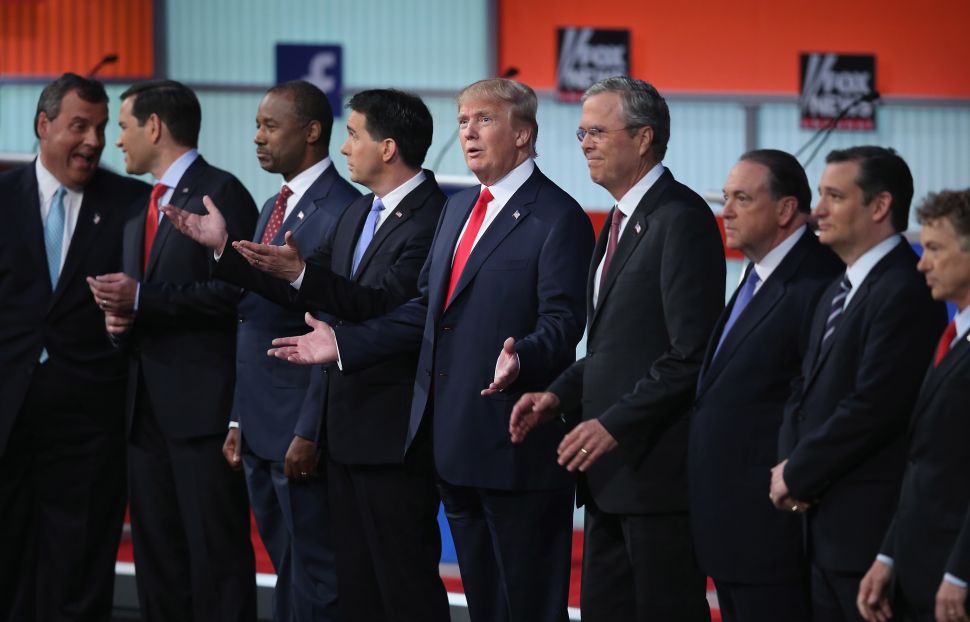