Why would people go on TV and talk about the most intimate parts of their relationships, opening up about incredibly personal issues, for all to see?

Because doing so often works to help people reach a new level of understanding, says Couples Therapy with Dr. Jenn Executive Producer John Irwin.  “A lot of these people haven’t done therapy before and don’t realize how moving it is. And, it really works. Pretty much across the board, everyone who has been on the show has had a successful experience. What I mean by that is, they decide to make the relationship work or they decide they aren’t meant to be together. Whatever the decision, there is forward movement in the relationship.”

For those not familiar with it, Couples Therapy with Dr. Jenn is a reality show that airs on VH1 chronicling couples as they receive relationship counseling from therapist Dr. Jenn Mann.

This season, the sixth of the series, features TV personality Janice Dickinson and Dr. Robert ‘Rocky’ Grener who are in the midst of deciding if a trip down the aisle is in their future, model Carmen Carrera and Adrian Torres, who are currently separated after six years and trying to save their marriage, rocker Scott Stapp and his wife Jaclyn Stapp, who are struggling to maintain a relationship amid addiction issues, rapper Joe Budden and his girlfriend Kaylin Garcia who are dealing with trust issues, and Angela ‘Big Ang’ Railoa from Mob Wives and Neil Murphy, who are on the brink of divorcing.

Dr. Jenn Mann (formerly Dr. Jenn Berman) is a well-known marriage and family therapist. Mann is also the host of the popular call-in advice program The Dr. Jenn Show on Sirius XM and an author of three bestselling books: SuperBaby: 12 Ways To Give Your Child A Head Start In The First 3 Years, The A To Z Guide To Raising Happy Confident Kids and Rockin’ Babies.

Getting the participants to commit to appearing on the series is no small task admits Irwin. “Well, it’s not exactly an easy thing to do, but once we show them that this has really helped people in the past, they get on board pretty quickly.”

Irwin says that in casting, his team also works to cast couples who are facing different types of issues and that those circumstances aren’t fabricated in any way. “We make sure that everyone’s situation is real and these people aren’t here to exploit their celebrity in any way.”

Whatever reason the participants agree to appear on the show, Irwin says that they quickly become enmeshed in the therapy process. “The key component is that we shoot it documentary style with no influence or intervention from the crew in any way. Doing it like this allows them to forget the cameras are there and their actions and reactions are very real.”

Irwin is aware that there may be people who consider a series where couples air their ‘dirty laundry’ to be ‘lowbrow’ television but to that he says, “I would respectfully disagree with that opinion. If this was contrived I could understand why people would say that, but this is very real. These people are not hiding anything, because they can’t in this setting. And, it can be a real learning tool for viewers in that they might see something that helps them by watching these people get brutally honest and expose themselves in an effort to get help.” He’s also quick to add, “I know from the feedback that we get that we’re making a difference. I mean, we know we’re not curing cancer or anything like that, but we’re still making a difference in people’s lives, which is more than you can say about a lot of shows.”

To drive home the point that those who appear on the series are changed by the experience, Irwin details what happened with rapper DMX when he and his ex-wife appeared on the series. “They were really struggling with his addictions and he’d been in jail and they have kids that they knew they wanted to raise together. So, in the beginning you saw this tough guy walk in the door and you just thought, ‘this is DMX, he’s doing this for exposure or maybe for a paycheck,’ but it was mind-blowing to watch him breakdown and be in tears and it was all because he really did want to work with his ex to find a good way to be the best parents they could be. I’d say that example really defines our series and what we’re doing.”

Through working on the series, Irwin says that he’s learned a few things about coupledom. “I think that pretty much any two people can make a relationship work if they really want it, but you have to decide if you want it. It’s tough, tough work.” This is where Irwin’s interesting philosophy about therapy comes in as he says, “I think going to therapy is like brushing your teeth. You brush your teeth every day to keep them healthy, so you need to participate in therapy to constantly maintain a health relationship.”

To that end, Irwin currently has a new series in the works entitled Family Therapy, because, as he says, “It’s the same as with the couples; to maintain strong, healthy connections you have to talk about things and continually work things out. That’s just how life is – if you want to be a part of a couple or a family, there’s work that has to be done so that everyone can be happy. That journey isn’t ever really easy, it can be messy and tough to watch, but it’s pretty necessary. That’s what we’re doing on Couples Therapy and what we’ll do on Family Therapy – we break down the walls that need to be broken down.” 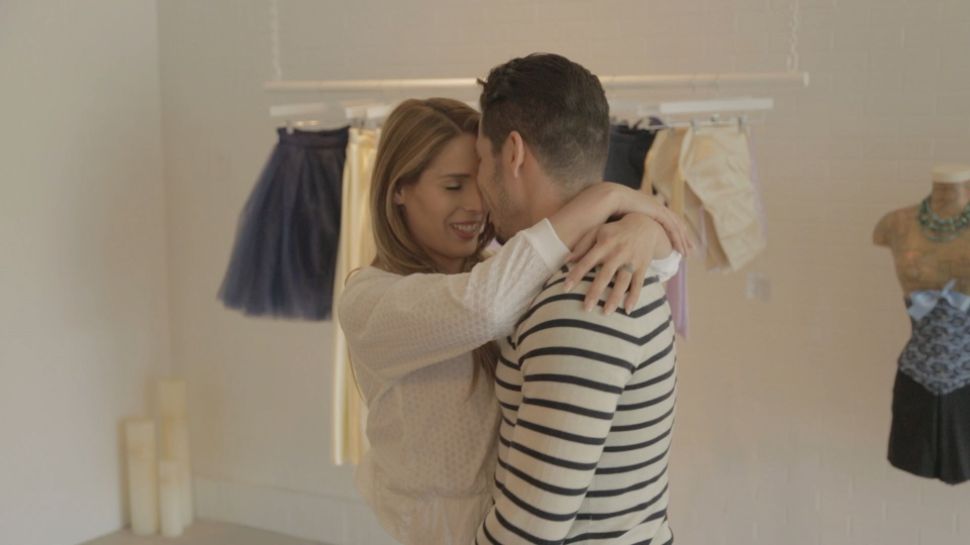