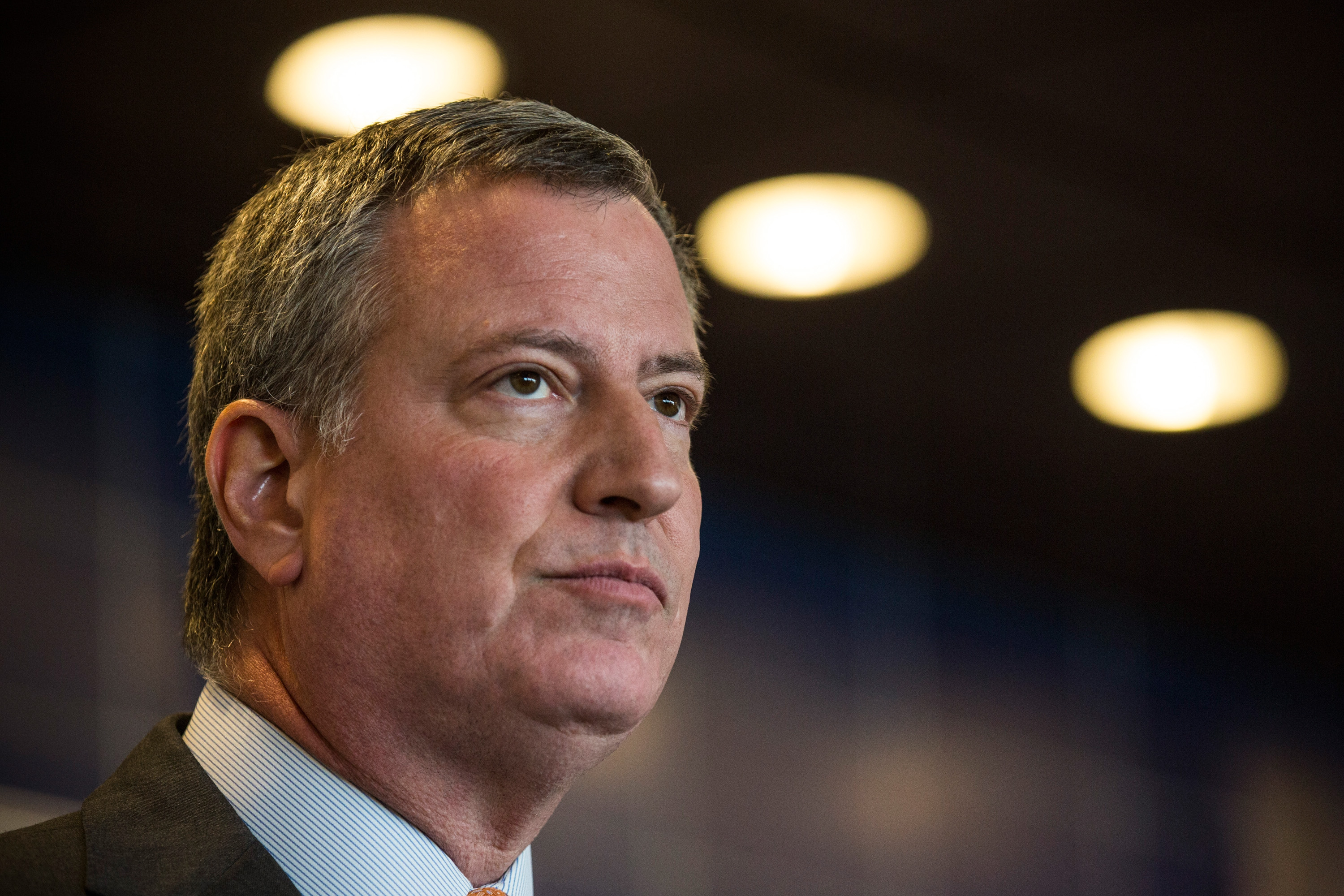 Regrets, he’s had a few, but then again, too few to be specific.

Reflecting on his first two years in office, Mayor Bill de Blasio today said he’d made mistakes since taking office, and hoped to learn from them—but when pressed for specifics, said he wouldn’t dwell on those mistakes.

“I’m not in the business of dwelling on the past,” Mr. de Blasio said during a year-end media round table to discuss his first two years in office with the media today at City Hall. “I’ve clearly said I need to communicate better and I need to get out to the grassroots more. It’s pretty obvious that some things, you know, worked as we hoped, and other things didn’t. On the other hand, I’m sober about the fact that, you know, you try a lot of things in leadership and you don’t expect every single one of them to work, you just got to keep learning.”

Mr. de Blasio made clear that he believes one closely scrutinized decision was not a mistake—his extensive comments this summer about Gov. Andrew Cuomo, whom he said was working against the city’s best interests out of political revenge. Their long-suffering relationship has only devolved since.

Asked whether the comments were a mistake, Mr. de Blasio said he needed to “lay down a standard”—that when the governor or anyone in Albany helps the city, he’ll say that, and when they don’t, he’ll say that, too.

“I’m satisfied it was the right approach, and there’s certainly been some good work we’ve done together with the governor and with Albany in recent months,” Mr. de Blasio said.

Things don’t seem to be warming up between the pair of executives, despite some holiday greetings from Mr. Cuomo’s spokeswoman, Dani Lever: “We wish the mayor a merry Christmas. Here’s to learning from mistakes and a better 2016.”

The mayor is wrapping up a tumultuous second year in office that saw him handed several political setbacks. He lost his fight to cap Uber and other e-hail apps, his plans for a presidential forum on income inequality in Iowa were scuttled, he struggled to project control over the city’s growing homelessness problem and he sparred with Mr. Cuomo at nearly every turn. Observers have noted that, for a man with a history as a political operative and little management experience, he’s managed things like budgets and contracts well while his political instincts have, at times, seemed off. Mr. de Blasio said today it was easier to think of the “political imperative” before, but that in a position where the substance matters, “the world gets a little more interesting.”

But Mr. de Blasio said his advisors remain the same as they have been—his wife, Chirlane McCray, his inner circle at City Hall, and outside consultants who have been guiding him for years. Asked if he relied on his own instincts given his past in political strategy, Mr. de Blasio said the “buck stops” with him.

“The mistakes are mine,” he said. “I think it was clear in 2013 that my mission was to change the status quo in this city. Sometimes, you know, if you create a strategy and communicate it right, you can make those changes more easily, but other times, it’s harder.”

When it comes to his forays into national politics—which polls have shown voters do not support—Mr. de Blasio told the Observer there had been some wins in that arena, particularly on efforts to lobby Congress to pass local priorities like a transportation bill and the reauthorization of the Zadroga Act.

“I believe that one part of my involvement—the part that’s with my fellow mayors—has been very productive and I, certainly, look forward to continuing that,” Mr. de Blasio said.

On presidential matters, it was perhaps a bumpier road. But Mr. de Blasio said he was trying to join a growing chorus of people talking about income inequality on a national stage—something he said simply wasn’t happening a year ago. Mr. de Blasio launched a group called The Progressive Agenda to focus on the issue.

“The issue of income inequality really started to pervade the national discussion,” he said. “It was long overdue and that’s what led my judgement—could I, in any way, contribute to that issue being focused on and there be an imperative for leaders to make major commitments around solutions to income inequality? I hope I contributed to that in some way.”